“He’s a war hero because he was captured.” This bombastic declaration was one of many that spewed from the latest political curiosity, Donald Trump, speaking in Iowa on Saturday. He then clarified, “I like people that weren’t captured.”

Grammatical awkwardness aside, The Donald presumably knew what he was talking about when he expressed his affection for people who were not captured -- he spent the duration of the Vietnam war comfortably among them in his classrooms at Wharton and working for his father's company. But was he correct about John McCain? Did becoming a POW make McCain a hero?

The Donald presumably knew what he was talking about when he expressed his affection for people who were not captured -- he spent the duration of the Vietnam war comfortably among them.

The word “heroism” sometimes gets tossed about carelessly to describe strangers who return wallets full of money or athletes who take the field while fighting the sniffles. In the case of John McCain, the word in all its weighty glory hardly seems enough.

When McCain was only a teenager he decided to follow his father and grandfather, both four-star admirals, into the family business (one of the few things he has in common with Trump). He entered the United States Naval Academy and committed to a future of military service that he certainly knew would include going to war. That was his first heroic move.

The second was his decision to become a pilot, which is very dangerous, even in peacetime. The third came a few years later (while Trump was an Ivy League college student), when McCain requested combat duty and shipped out to the Gulf of Tonkin. McCain was a hero three times over, long before his plane was shot down over Hanoi.

In captivity, he took heroism to a whole new level by choosing the righteous path instead of the easiest. During years of torture, starvation and imprisonment, McCain refused a chance at early release (offered after his captors realized he was the son of a senior military officer). He demanded, in accordance with the military Code of Conduct, to be treated no better than any other POW.

His actions were heroic, to be sure, but they were the culmination of a lifetime of other decisions — joining the military, going to flight school, requesting a combat assignment. He made all these choices knowing the risks and was fully willing to assume them. His heroism demanded sacrifices that left lifelong scars, including the inability to lift his once badly broken arms above his head.

McCain's first public comments in response to Trump’s remarks had the serious, above-the-fray tone of a person whose feathers cannot be ruffled by a billionaire sporting a bad hairpiece.

It comes as no surprise, therefore, that McCain's first public comments in response to Trump’s remarks had the serious, above-the-fray tone of a person whose feathers cannot be ruffled by a billionaire sporting a bad hairpiece. He doesn’t want an apology from Trump, but he wants one for the countless other families of POWs whose loved ones were also heroes before their unfortunate captures.

Trump will never apologize. Apologies aren’t Trump’s modus operandi, either (like thinking before speaking, or heroism, or wearing a natural hairdo).

The American people should clarify something for Donald Trump: We don’t like people who disparage our heroes. We prefer the heroes themselves.

And they will win our hearts every time. 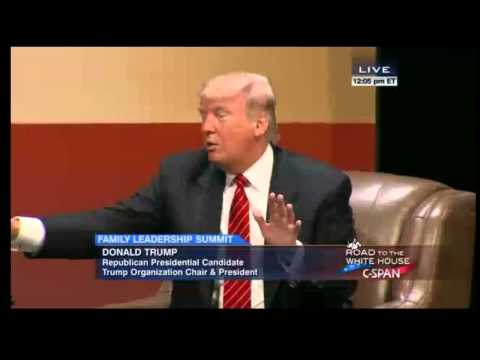