Reader advisory: The following opinion piece contains spoilers about the film, "The Martian."

Cool science: an oxymoron? Not according to thousands of moviegoers who have been mesmerized by “The Martian,” in which an astronaut uses his science and math skills to survive being marooned on Mars. “I’m going to have to science the s--- out of this,” he declares. It is riveting stuff. If only we could translate this kind of suspense and excitement to the science classroom.

For most students, science class means memorization, with few opportunities to investigate, problem-solve or discover. In observing countless high school classrooms around the country over the course of more than 25 years, we have seen that most science learning is pretty much the opposite of riveting.

['The Martian'] is riveting stuff. If only we could translate this kind of suspense and excitement to the science classroom.

Yet science can be the most exciting, relevant, surprising endeavor. Witness scenes from “The Martian,” in which astronaut Mark Watney (Matt Damon) calculates that he will exhaust his food supplies before he can be rescued. He decides to grow potatoes, using neatly packaged human waste to fertilize the barren Martian soil. Knowing that infectious diseases can be contracted from human excrement, Watney wisely uses his own, supplemented by the sterilized waste of his fellow astronauts. By burning hydrogen in the presence of oxygen — knowledge a middle school student would have as long as he didn’t sleep through science class — Watney generates the water needed by plants in the arid Martian environment.

In another scene, Watney obtains the power required to drive to the rescue site by attaching leftover solar panels and battery packs to his rover vehicle. To prevent freezing to death driving in the cold Martian climate, he installs a plutonium-based reactor into the rover to serve as a source of heat. Math helps him determine the battery life he’ll need to reach the rescue site, and computer skills enable him to retool an old Mars lander to communicate with Earth. Even without the Hollywood drama, it’s a compelling series of events.

It is clear that without math, physics, biology, chemistry, computer science and engineering, Watney would never make it. Solutions to his problems require knowledge of fundamental concepts he may have learned from textbooks and lectures, but that’s not how most students learn. They learn by doing. Unfortunately, that's not how most students are taught. 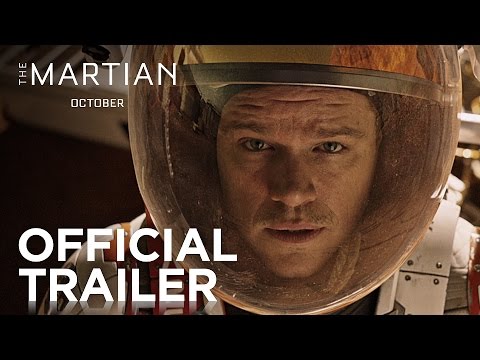 “The Martian” portrays scientists solving critically urgent problems. To do so, they collaborate across disciplines, expertise, cultures and geography -- the suits of NASA work with the bearded T-shirts of the Jet Propulsion Lab, and they all work together with scientists in China. This kind of collaboration should happen in classrooms, too.

Lest girls think space travel is a guy thing, the movie features Jessica Chastain piloting a space ship and Kate Mara as a technology whiz — integral team members on Earth and in space, using their STEM skills to make life-or-death decisions.

“The Martian” also shows us how scientists must communicate clearly and appropriately. Astrophysicists Rich Purnell (Donald Glover) models the orbital dynamics of a possible rescue attempt in clear and simple terms by using a stapler to represent the spaceship Hermes, the NASA director as Earth, and his pen as the payload.

Scientists must also persevere, or have “grit,” in the latest educational parlance. Watney’s first attempt to make water explodes, hurtling him across the room. He picks himself up, thinks about what went wrong and tries again. For scientists, failure is not defeat; it’s just another challenge to be solved.

Students thrive when they are allowed to focus on a problem in depth, apply their learning to real-world situations, and experiment...

Can learning science be as compelling as applying science is in the movie? Yes. Giving our science students frequent and ongoing opportunities to investigative and problem-solve in the classroom is a start. Students thrive when they are allowed to focus on a problem in depth, apply their learning to real-world situations, and experiment, transferring new knowledge to address a challenge or answer a question.

Reviewers have called “The Martian” a “love letter to science.” It should be required viewing for all middle and high school students, and it should serve as a call to action for improving science education.

How exciting would it be to hear your student, when confronted with a challenge in science, exclaim, “We’re going to have to science the s--- out of this!”

Thomas Max Roberts, Ph.D., is a postdoctoral fellow in plasma physics at Dartmouth College. Recently, he was part of a rocket launch to study plasma in Earth’s ionosphere.