2016 was not a kind year to the Democratic Party. After a slow landslide of electoral losses that cost the Democrats more than 1,000 combined seats in Congress, state legislatures and governors' mansions, Donald Trump’s shock ascension to the White House finally shattered the Democratic Party’s illusion that America had been going blue since 2008. This illusion was largely based on the approval ratings of Barack Obama, which remained moderate to high even as Democrats lost their majority holdings in the House and Senate, and when Hillary Clinton’s 2016 presidential campaign failed to electrify voters in the style of her predecessor.

Today, with Democratic lawmakers and voters still reeling from last November’s shellacking and coming to grips with a cruel and corrupt White House, Obama has risen to a realm primarily occupied by demigods. Between his rousing farewell speech -- one of the finest of his political career — the foundation that he and Michelle will launch this year, and the speculation over his life as a private citizen, the 43rd president’s stock has seldom been higher. As a political celebrity, Obama possesses more power than most when it comes to inspiring both voters and lawmakers to turn the bleak tide for Democrats.

His first high-profile move since returning from vacation: a $400,000 speech at an upcoming health care conference organized by Cantor Fitzgerald, a Wall Street investment bank. 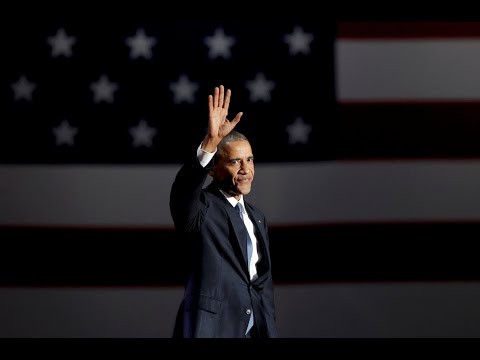 Given what’s at stake for millions of Americans right now, Obama’s willingness to take “what they offered” and follow in the lucrative footsteps of recent presidents is not only tone-deaf, it also undermines the Democratic Party’s efforts to rebuild trust with voters who were soaked by the recession economy and have been left treading water for the past eight years. This is not something that Obama’s most ardent fans will enjoy hearing. I am a two-time Obama voter, and I also don't enjoy castigating him. But it is imperative that liberals appreciate how the optics of the Democratic Party’s patron saint cozying up to the Wall Street feeding trough right at this moment could harm the party’s electoral odds in 2018 and beyond.

If Obama’s legacy and public persona have one Kryptonian weakness, it’s the manner in which Obama addressed the recession. One of the most common refrains you’ll encounter in blue enclaves — particularly the upper-middle class ones — is the breathless reminder that Obama “saved the economy.” But even during Obama’s presidency, this idea fell apart as soon as one looked beyond the Dow Jones index and the unemployment metrics (which don’t account for those who’ve stopped looking for work.) The sad truth is that after promising to be an advocate for the American people — especially those anxious and looking for help in the wake of the 2008 financial crisis — the Obama administration did little to alleviate the suffering of Americans who found themselves foreclosed upon while the banks and firms that played an authorial role in this historic graft were merely slapped on the wrist.

Today, you can see the fallout of this inaction in the abandoned homes and businesses that blanket entire swaths of the American landscape, especially in the Midwest and the South. They are a brick-and-mortar reminder that the devastation of the recession is attributable to more than the Republican Party’s regular attacks on finance regulation. The Democrats, with Obama at the helm, played a major role in deciding who would be bailed out, and when that decision was made, millions of ordinary American people were left to pick up the pieces of their lives.

There is reluctance among Democrats to acknowledge the Obama administration’s greatest shortcoming, even as the Democratic Party wages a public relations campaign to change the perception that the party has become elitist and indifferent to the economic concerns of ordinary Americans. But if Obama kicks off his new life as a private citizen with a big bucks speech at Cantor Fitzgerald, following in the unseemly footsteps of Hillary and Bill Clinton — the personification of Democratic elitism — the party’s attempt to save face in time for the 2018 midterms and even the 2020 showdown may be doomed to fail. Obama is not merely a private citizen. He remains the commanding figure of influence within the Democratic Party. And like it or not, the optical standard to which liberal leaders are held has changed, as the American standard of living plummets and progressive populists like Bernie Sanders soar in popularity.

How the Democratic Party adapts to this seismic shift will depend largely on the conduct of the party’s most prominent leaders. There is no person more qualified to lead by example than Obama. Rejecting Wall Street’s cash — for now, with Donald Trump scheming to screw those who are still recovering from the recession with a despicably austere budget — would be one of the most powerful things that Obama could do for his party and his country.

If nothing else, it would offer hope for a more audacious and empathetic era of Democratic leadership.