This comes days after the White House made its own claims against Russia for its alleged involvement in the hack against the Democratic National Committee, as well as other political organizations.

Here & Now's Jeremy Hobson speaks with career intelligence officer Malcolm Nance, also author of "The Plot to Hack America," about his view of what is going on and what it may mean for the election.

Here's the video mentioned in the segment, of the Aurora Generator Test: 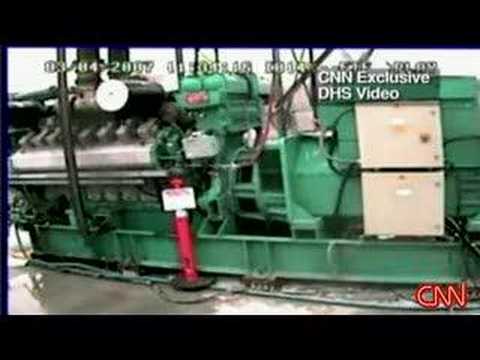 "All the evidence points to that direction. It's pretty clear and the reason that the president came out well after my book went to print is because the president has 19 intelligence agencies who must all corroborate and determine whether they actually want to release information of that level of sensitivity, because to determine whether Russia did it or not would require us to have to brief the president on some extremely advanced cyber capabilities that the National Security Agency and physical human intelligence agency would have. As for me, I saw the evidence as I was developing this book on ISIS hacking, and it became pretty clear that the fingerprints from global cyber-security companies were seeing FSB, which is the Russian Central Intelligence Agency, formerly known as the KGB, and their version of NSA. Their fingerprints were all of the hacks and... many other cyber warfare operations over the last decade."

"WikiLeaks themselves are not actually hacking. WikiLeaks right now is a laundromat for Russian intelligence. And their veracity of whatever they've done in the past is out of the window now."

On what Russia could do in November

"I have to assume as an intelligence professional — I've been doing this for over 35 years — I have to assume that an enemy would take on the intelligence challenge as led by the spy master-in-chief, Vladimir Putin, former director of the KGB, that they'd see this as a strategic mission in which they'd feel there's no risk or little risk that the United States would respond in kind. They have made that decision... The question is 'how much chaos would they really want?'

Russia is not going to hack the electronic voting machines. They'd go after the vote tallies that are gonna be in PCs or laptops within the states themselves. And all would take is an obvious hack in changing the voter tally in one column for five minutes so that people would know that there had been a hack. And then putting the numbers back to where they were in order to degrade the confidence of the election and quite possibly, give one of the opponents in this election the opportunity to say that 'this is election should be nullified,' or 'this election was stolen.' That could lead to civil disturbance or even worse."

On cyber defense vs. cyber offense

"Cyber defense and cyber offense are two entirely different rums. They're symbiotic — they do work together. But it's always easier to create an offensive weapon system which destroys something then to have that giant net that's going to cache it and stop that. This is because unlike Russia, the United States has private institutions which create these systems. They're not all regulated by the government, and the National Security Agency does not make your virus scanner. They do make it for the United States government. But we've still seen in areas of the Surface Web, where most people go, there's still way to go around that."

"They always take their best shot with real data. Anything comes after that is going to be, what we call, black propaganda. That's where you have a real email or data stream or letters...and then you'd change a word, a phrase or a sentence within them and then put them back into that stream. Once it was released, it could possibly be proven false. But it would already be out in the public rum and you would have a really really hard time putting the genie back into the bottle, even if you have all the evidence... People are more concerned with the content, rather than the fact that we've actually as a nation been attacked by using these methodologies."

Malcolm Nance, executive director of the Terror Asymmetrics Project on Strategy, Tactics & Radical Ideology. His new book is "The Plot to Hack America: How Putin's Cyberspies and WikiLeaks Tried to Steal the 2016 Election." He tweets @MalcolmNance.

This article was originally published on October 12, 2016.