In the days, weeks and months after the 2013 Boston Marathon bombing, a 27-year-old man who lost his legs in the attack became the public face of the city's resilience — the face of "Boston Strong."

Jeff Bauman wrote about his experiences in the 2014 book "Stronger," and this week a film based on the book, starring Jake Gyllenhaal as Bauman, is opening. Here & Now's Robin Young speaks with Gyllenhaal and Bauman (@Jeffmbauman) about the film.

Gyllenhaal, on how he wanted to approach portraying Bauman

Jake Gyllenhaal: "I mean, obviously I think it's important when you initially from afar see the photograph, you're struck by the event, and it was moving and angering and all of those things. But I think what a movie can do is get into the specifics of who a human being really is, and what I was interested in was being able to portray the pain that Jeff went through as best as we could, which inevitably led to I think the joy and the love between particularly Jeff and [Jeff's then-girlfriend Erin Hurley] and his family. So it was just, it was important to get the specifics, and really understand who Jeff is as a person even before the event. We say, and I've said a few times across from him in interviews, there's this idea I had: If all of his family and if Erin loved him for his legs, he'd be in big trouble (laughs). So I think that idea was essential in this movie, and I think getting the experience right, as well as the joy and hope."

Bauman, on struggling to find his way after the bombing

Jeff Bauman: "I mean, I sort of always kinda struggled with that my whole life, like with school and just kinda being frustrated with what I wanted to do in my life. And especially when I lost my legs I was like, 'Man, now what?' I was lost, I was really lost, 'What am I gonna do?' I was aimless, and had no idea what was ahead of me. You saw me a couple times throughout that journey. I was doing OK, but I was still, inside I was lost, just like I think anybody ... I mean, anybody that goes through something traumatic is kinda like, 'Whoa,' like their life is flipped upside down. And then you have all these things to worry about and deal with, like the future."

"Admittedly for me just playing someone like Jeff, there's just a side of it that you just can't help but feel fraudulent. You know you don't carry with you that same history and that same strength."

Gyllenhaal, on Bauman's experience of becoming a symbol and whether he's faced similar situations as an actor

JG: "Well, I mean, it's an absurd comparison just given the circumstance that Jeff went through and, you know, being an actor. But I think there is a certain type of attention, and I think a certain ... you're in a way forced to perform, sometimes perform yourself and the idea people have of you. And I think that's always an interesting dilemma of identity, particularly for someone like Jeff and the character I play of Jeff in the movie where, not only you're trying to recalibrate your life and trying to figure out how to exist in the physical world without two legs — which changes your identity and all of the specifics of that, recalibrating your nervous system to try and figure out how to walk in these [Genium prosthetic legs] and all of those things. And then, all of a sudden people are giving you a whole new identity, which is, there's a line in the movie and I think Jeff said it often, 'I was just standing there,' and now all of a sudden I'm, someone's deeming me a hero.

"And I think actually there are two reasons I realize this, why people feel that way: One is because [Jeff] did play a large role in identifying the bomber, and that's part of it. But I think essentially the idea of being a symbol for people is something that I can see Jeff having grown into."

Bauman, on his relationship with Carlos Arredondo

JB: "He's like the least selfish person in the world. He's always worried about everything else, everybody else around him, and so is Mel, his wife, and they're just so involved in everything. And I just, every time I kinda want to isolate, he's there, and he's always trying to pull me out. And he's like, 'Come on!' He's like, 'Let's go, you have to come,' he's like, 'You have to come do this, you have to come do that.' That's just how he is. He is definitely a role model in my life right now, and he's a very strong person."

Gyllenhaal, on portraying Bauman in moments when people are sharing personal stories and looking to him for hope

JG: "Admittedly for me just playing someone like Jeff, there's just a side of it that you just can't help but feel fraudulent. You know you don't carry with you that same history and that same strength. So I kind of, I knew entering this character and entering this world — particularly trying to tell Jeff's story — that I was probably gonna fail at getting close. So you enter, you start knowing you're not gonna succeed somewhere, to get as close as he is and who he is. But it's, yeah it's uncomfortable, but I would say that knowing Jeff now and watching him in those moments, he's uncomfortable with those moments. There's a sort of, it's hard to feel comfortable in a moment when anybody says that to you, because we are all complex characters."

Gyllenhaal, on getting to see how love has helped Bauman get through

JG: "Through all the complexities and idiosyncrasies of the characters in Jeff's life — his family, all his relationships, himself, all the things that make him a complicated human being — what I noticed with everyone in the story, and everyone around him in real life, is that there is this unabashed, [unfailing] love, and you can see it in him. It's why when he walks into a room or, I can see your guys' relationship, that you really love him because he feels loved. And it's what has gotten him through, I think. Even when trying to resist it, even when trying to say, 'I don't want it,' it will not stop, it's coming to him whenever."

Bauman, on the difficulty of going to events involving large crowds

JB: "It was my biggest fear going into those events, it's like, 'What am I gonna do in these huge crowds?' It's just the crowd in general, because that's where it happened, in a big crowd. So that does spark a lot of things for me, and even to this day I don't do well in crowds at all, and I'm always kinda looking over my shoulder and on edge."

Bauman, on whether he has flashbacks to the bombing, and working to overcome the mental trauma

JB: "I don't talk about it a lot, and I'm just starting to reach into my trauma with my therapist. I do, especially when I sleep, when I'm about to go to bed. And it happened a lot early on. It's like when your head hits the pillow, you start getting thoughts about the day, and then all of a sudden for me in the three years it was just mainly thinking about that day, and thinking about different things and kind of rehearsing it. Then I got talking about it with public speaking, and really telling my story. And that really helps. I could sleep at night a little better and better, and as I carried on it got better."

JG: "Now, it was like all day long. Up stairs, down stairs, strange floors, lots of different things. And he's just, he's going all day long."

JB: "Jake, he likes to make fun of me. He's like, 'Yeah, a year ago you remember? You would be sucking wind up these stairs (laughs).'" 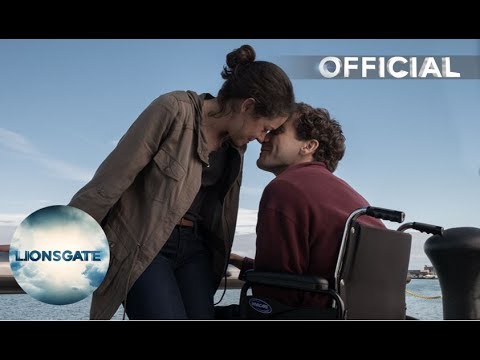