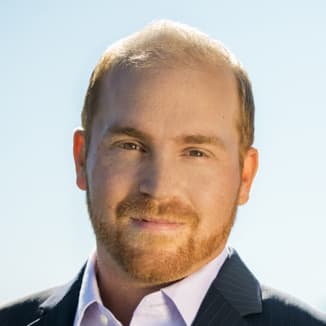 Here & Now co-host Jeremy Hobson started telling stories on the radio when he was a kid and hasn't stopped since.

He conducts nearly 2,000 interviews a year on a range of topics, speaking with world leaders, governors and members of Congress, as well as actors, musicians, business leaders, athletes, scientists and journalists. Hobson also started many regular segments on Here & Now, including the DJ Sessions, the daily business segment, conversations with Recode, BackStory, Derek Thompson of The Atlantic and a weekly interview with political journalists.

Before joining Here & Now, Hobson hosted the Marketplace Morning Report, a daily business news program with an audience of more than 6 million. As host, he interviewed some of the most powerful people in business including Warren Buffett, Bill and Melinda Gates and Richard Branson. Hobson was previously a reporter for Marketplace based in Washington, D.C., and later New York City where he covered Wall Street and its impact on ordinary Americans during the financial crisis of 2008.

Hobson has also reported and hosted for public radio stations including WRNI Providence, WCAI Cape Cod and WILL in Urbana, Illinois. He spent years as a producer for NPR's All Things Considered, Day to Day and Wait Wait...Don't Tell Me!

Hobson's radio career began at the age of nine when he started contributing to a program called Treehouse Radio. He is a graduate of Boston University and the University of Illinois Laboratory High School, and is proud to have been honored by both institutions with distinguished alumni awards.