Stephen Adly Guirgis is half Irish-American, half Egyptian-American and all-street. His plays walk contemporary urban pathways in a stoned, four-letter haze that occasionally lifts to cast an empathetic and often humorous light on life along the 21st century fringes. You might consider him David Mamet’s successor, the way his characters fire off expletives like action heroes unloading their machine gun clips. But for Mamet, characters are just a means to an end, not people you sense he cares about at all.

And that’s ultimately what separates Guirgis from his foul-mouthed brethren. He’s hardly a saint — saints don’t usually go around naming their plays “The Motherf**ker With the Hat,” flashing their characters’ beautifully toned bodies in the altogether, and otherwise engaging in behavior we’d be tsk-tsking about were we to hear about it in the media.

Even at their most animalistic they draw you into their mixture of streetwise, and streetstoopid, philosophical constructs.

The great thing about theater, though, is that when it’s as hot as SpeakEasy Stage Company's production’s of said “Motherf**ker,” it allows us to see the world outside of the confines of narrowly defined morality. When Guirgis’s characters struggle to come to terms with addiction, fidelity, violence, meaningfulness, it may seem that their almost preordained losing battle is being waged for our personal amusement — and it is amusing, as witnessed by the opening scene with Veronica telling her mother to ditch her boyfriend:

And that’s one of the tender passages.

Before too long, her ex-con lover, Jackie, walks in and announces he’s got an honest job and she goes off for a pre-coital shower. Only problem — there’s a man’s hat on a chair and he convinces himself she’s had a fling with the guy downstairs — whom he only knows by the title of the play. He leaves the house to be taken in, in more ways than one, by his 12-step sponsor, Ralph D., and his passive-aggressive girlfriend. And then the fun really begins.

It’s more than fun or amusement, though. What these four characters and Julio, Jackie’s effeminate macho cousin, have in common is their search for a guiding principle, a moral compass that will make sense of all this senselessness. Even at their most animalistic they draw you into their mixture of streetwise — and streetstoopid — philosophical constructs. In that sense they are descendants of Mamet’s “American Buffalo” characters, though they remind me more of Martin Scorsese’s “Mean Streets” denizens, albeit of different ethnicities. And while Guirgis, whose other plays for the LAByrinth Theater Company include "Our Lady of 121st Street" and "Jesus Hopped the 'A' Train,"  has spoken highly of AA and similar programs, there is satire aplenty within the play. Which makes its treatment of addiction even more powerful, as witnessed by David Carr's courageous New York Times piece on the subject.

David R. Gammons and the designers bring an earthy respect for the characters and subject matter to the stage, particularly Eric Levenson’s ramshackle set, which serves for a varied mix of apartments. The acting is solid, though I admit I spent some time imagining the New York production with Bobby Cannavale as Jackie and Chris Rock as Ralph. I should add, though, that Rock fares better in my imagination than he did onstage, according to many reviews. And my colleague, Don Aucoin, noted in the Boston Globe that Jaime Carrillo brings out more of Jackie’s vulnerability than Cannavale. Judging from the YouTube video, I'd agree.

But see for yourself (Ed's note: there's some explicit language): 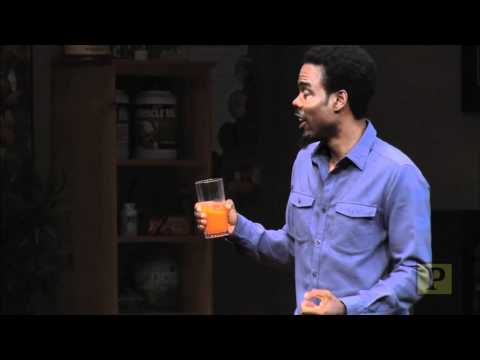 In any event, the expletives flow from the wonderful Evelyn Howe more smoothly, if that’s the word, than from Carrillo and Maurice Emmanuel Parent. Melinda Lopez and Alejandro Simoes stylishly round out the cast. SpeakEasy continues to ride a hot streak with the first play in what looks to be another strong season. This could be the mother of all seasons.

What’s on your iPod, Motherf**ker?

Music and video suggested by “The Motherf**ker With the Hat”

(SpeakEasy wouldn’t release the production’s playlist so if you recognize any of the music, let us know.)

This program aired on September 18, 2012. The audio for this program is not available.