For decades, questions and rumors have swirled around James "Whitey" Bulger, who is scheduled to go on trial this June for the murders of 19 people. A newly released book offers a look at the experiences that shaped Bulger as he grew up in South Boston.

Boston Globe reporters Kevin Cullen and Shelley Murphy have covered Bulger for years, and helped uncover that he was an FBI informant. Their book, "Whitey Bulger: America's Most Wanted Gangster and the Manhunt That Brought Him to Justice," is based in part on letters Bulger has written from prison, as he awaits trial.

WBUR's Morning Edition host Bob Oakes spoke with the authors, starting by asking what they think of a key part of Bulger's defense — that Bulger was granted immunity by the FBI to commit any crime he wanted.

Kevin Cullen: No, I don't believe he was and I don't think they had the authority to do it anyway.

Bob Oakes: Why do you say that?

Cullen: Because you can't license somebody to go out and kill American civilians. That just doesn't happen. There's no recorded case of this.

Shelley Murphy: It probably is going to come down to semantics, really. I mean, he does not like the idea of being branded an informant.

Get us into the head of Whitey Bulger, if you can. Why is it important for him not to be viewed as an informant?

Cullen: Well, culturally, there's nothing worse from where he came from. Within the Irish subculture in South Boston that was so strong, there was nothing worse than being a rat. You're supposed to shut your mouth and do your time. But obviously, Whitey never did that.

Shelley, take us back. Bulger was first arrested at the age of 13. Loved by adults when he was a kid, for being courteous and solicitous of his elders, but feared and respected by his teen peers for being one tough kid.

Murphy: Kevin Weeks, his associate, had told us that if he wanted you to like him, you would like him. If he liked you, he would do things for you. There's no doubt that he did good deeds for people. There are stories about buying turkeys for people in the projects at Thanksgiving for people that couldn't afford it or buying coats for kids.

Is there a simple explanation for this very complex person and dark personality?

Cullen: I'm not a psychiatrist, I only play one in the newspaper.

Murphy: But we know Whitey went to a psychiatrist.

Cullen: He did go to a psychiatrist à la Tony Soprano sitting on the couch telling his woes and his nightmares. But clearly he came out of a fairly stable but very poor background. And at some point in his life, he made the decision that he was never going to be a 9-5 working guy. And as much as he talked about reforming his life and how much he felt he had embarrassed his family and became the black sheep of his family because of his arrest and imprisonment for bank robbery, he came out and went right back into that world very soon. He didn't last very long in the work-a-day world.

Let's talk about busing. Whitey Bulger was incredibly angry at federal Judge W. Arthur Garrity Jr. for ordering busing to desegregate Boston schools in the 1970s. There was a lot of anger in Boston over that decision and there was a lot of violence then. What drove Bulger?

Cullen: Whitey's animosity and hostility to busing was not peculiar to him. I think it was kind of shared in wide swaths of South Boston. I think what angered him, like a lot of people most, is that this was a decision foisted on them by people who did not suffer its consequences.

Murphy: Well I want to jump in here for a second because as a senior in high school, I was suddenly bused from South Boston High School to the Jeremiah Burke. I was angry and bitter. I felt like, well, I've gone to this school for three years, I'm on the basketball team, this is my school. Why do I have to go across town to another school for my last year? And it wasn't anything to do with race for me, it was just simply — you could try to send me to Wellesley and I wouldn't want to go. And I think that there was this feeling of fundamental unfairness for a lot of people that felt like, why are you forcing me out of my community?

Cullen: And yet we know, the record speaks for itself, is that Whitey was a racist. I don't think we can hide from the fact that Whitey was not thrilled about the races mixing.

Some of the most surprising things you write about in the book include the firebombing, allegedly by Bulger, of an elementary school near Judge Garrity's home in Wellesley and Whitey's alleged firebombing of JFK's birthplace. He reportedly fired shots at The Boston Globe building. Do you think Whitey thought that he could reverse the situation, or was it just that someone had to pay?

Cullen: No, I think these were very symbolic attacks and that he was very conscious. He knew that if he got anywhere near Garrity's house, he would have been arrested. And so he went to an elementary school about a half a mile from Garrity's house and firebombed it. And obviously shooting up The Boston Globe, which I'm sure was cheered throughout South Boston at the time...

Murphy: Yeah, I'm sure part of this was he justified all these acts by thinking he was the neighborhood avenger.

Cullen: He was. The masked avenger out there doing this.

Let's talk about the flight and the capture. We know he spent 16 years on the lam. Is there a simple answer to the question, which was asked around Boston for a long, long time: Why did it take so long to find Whitey Bulger?

Murphy: Well, I think it's pretty clear that when Whitey first fled, the FBI was really not trying too hard to find him.

Cullen: I'll tell you one thing, Bob. I don't know anybody in law enforcement outside of the FBI who really believes they were looking for him all those years. I'm not saying it's true, I'm saying that's the perception. And that's been one of the most poisonous things about Whitey Bulger's relationship with the FBI: it has pitted law enforcement against each other. It's more or less created a culture when it's the FBI against everybody else and vice versa. And the only people that profit from that are criminals.

Murphy: Part of the problem was there was no trust. So tips weren't being shared. There were separate manhunts. Meanwhile, Whitey's living like some elderly retiree not looking very nefarious.

Did you — as reporters who covered this story for a long time — believe that Whitey Bulger would eventually be caught or not?

Murphy: For years and years I believed he would. I talked to people who I believed were really trying hard to find him. Toward the end, I thought, you know, this guy, what a tragedy, he's going to just ride off into the sunset and we're never going to know what happened.

Cullen: I have to admit I was very cynical. I really did not think he would be captured. I did not believe it was in the FBI or the Justice Department's interest to bring him back. I just thought they made the calculation they could live with that stain and eventually it would go away.

Look ahead for me: How embarrassing do you think this trial is likely to be for the FBI?

Cullen: The reality is Whitey Bulger can get up there and say anything he wants to say. Will he be believed? I don't know. Does he have any corroborating evidence for what he wants to say? I doubt it. But I do think he will try to hurt anybody who he thinks hurt him.

So for Whitey, is this about clearing his name, or is this about getting even with all the people he thinks did him wrong over the years, including some of his former partners in crime?

Murphy: I think that's right. In one of letters, he says "a lie unrefuted becomes the truth. I couldn't in all those years on the run, I couldn't tell the truth." Well, let's hear what he has to say and let the chips fall where they may. 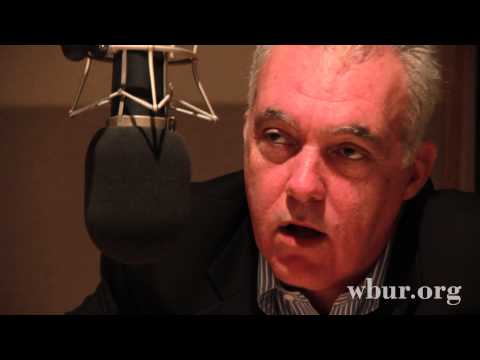