You probably know Remo Airaldi from his lapel-grabbing roles as the valet in “No Exit” or McCann in “The Birthday Party” at the American Repertory Theater. Or more recently as Feste in “Twelfth Night” with the Commonwealth Shakespeare Company and the Beadle in the Lyric Stage Company of Boston’s “Sweeney Todd.”

But you probably didn’t know he’s one of the highest-rated professors at Harvard University.

Airaldi has been in over 60 productions at the American Repertory Theater. He immerses himself into each of his roles, staying in character throughout while dawning flamboyant costumes like a curvy red dress with avatar-blue eye shadow heavily painted on his eyelids in “Pericles,” or a more toned down 19th century brown suit in “Sweeney Todd.” His keen comedic instincts have him keeping a sly smirk plastered across his face as the Beadle, bringing in a touch of humor when called for, belting out tunes on Mrs. Lovett’s piano while she grumbles in annoyance. ("Sweeney Todd" closes Saturday night.)

His dedication to his role on stage harmonizes with his favorite part-time role off stage — as an acting professor.

Airaldi currently teaches Harvard undergraduate and graduate courses at Harvard Extension School. His students praise Airaldi’s commitment to teaching and pushing them to perform their best work. On ratemyprofessor.com, a student’s comment even says, “REMO’s true passion is to help students develop…REMO has become one of my personal heroes and my deepest wish is to never lose contact with a great man.”

“His class is very comfortable and the atmosphere is very welcoming. It’s nerve-racking enough to get up there to act but [Remo’s] criticism is very constructive,” says Jan-Carlo De Hoyes, a student of Airaldi’s current Shakespeare class. “He pushes you forward to succeed and do well.”

Commonwealth Shakespeare Company art director Steve Maler attests to Airaldi’s strong work ethic, his versatility as a performer, his humanity to his work on stage and to the people he interacts with outside.

“He is an extremely collaborative actor and always is beloved by the company around him,” says Maler, who has known and worked with Airaldi for 20 years. “He's always someone that people always admire and respect and cling to because he's always so good spirited and so talented as well. You can be good spirited and people like you, but he's also so skillful that people admire him and respect him as well.” 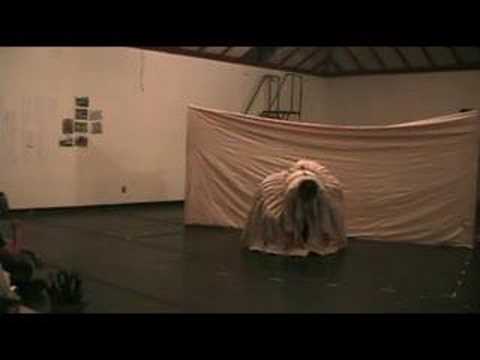 As a way of making his class comfortable and inviting, Airaldi brings his students back to their kindergarten days.

“A good acting class is going back to kindergarten,” says Airaldi.

Taped onto the classroom’s white wall is a collection of his students’ kindergarten pictures. To the left are two black and white photos of Airaldi himself, a kid with a big smile and chubby cheeks. Airaldi says, in an interview after the class, that he has his students bring in a kindergarten picture of themselves to inspire and elicit their playfulness.

In kindergarten, kids are eager to role-play, are more fearless and playful. A big part of acting is tapping into a person’s playful side in order to get into character.

At his Saturday morning Shakespeare class, Airaldi has each student analyze “Romeo and Juliet,” Act II, scene 2, the infamous balcony scene. Although it’s only been the third meeting of the class, he has his 15 students dissecting the layers in Shakespeare’s writing — the meaning, the character’s feelings, Shakespeare’s intentions, the metaphors found in each word and phrase. He sports a blue plaid button-down, with the sleeves folded up his arm, and a black baseball cap covering his curly pepper-colored hair, a strange site after only seeing him in costumes on stage. He adjusts his glasses and continues asking his students, pressing one hand to his chest and holding another out, “How does Romeo really feel about Juliet?”

The classroom’s plain white walls, chalky blackboard, and gray plastic table transforms into the Capulets’ backyard and balcony. A student volunteers to act out the lines. He hesitates, struggles to remember the words, but Professor Airaldi joins him on the makeshift stage, offering the student some guidance and encouraging the rest of the class to participate. He continues to question his students, pushing them to act out, not tell, the emotions to the audience. Airaldi’s passion and excitement are shown in his hand gestures, with each hand swing and movement matching his thrill when students understand Shakespeare’s “crazy metaphor land.”

Airaldi is a tough professor, but that’s what students like about him the most. He constantly interrupts them on stage to provide constructive criticism that helps them analyze and understand the Shakespearean verses. There’s constant praise, though, along with laughs and jokes — a kindergarten and acting class combined into one.

“I resisted teaching for a long time because I was still figuring it out myself, you know. Who am I to teach people? I still haven't figured it out for myself,” says Airaldi with a chuckle. “And then about 15 years ago, maybe 12 years ago, I decided that I wanted to start teaching because I felt confident enough in what I was doing that I could pass it on to other people.”

Now, Airaldi dedicates the majority of his time to teaching, coaching, and interacting with his students as much as possible. He hates the idea of “parachute teaching” — meeting with students only for the weekly two-hour class. He insists on coaching students outside the class to build a personal relationship that can help them grow as an actor.

ART founder Robert Brustein, who calls Airaldi “one of the unsung heroes of American theater,” says students value Airaldi as a professor because of his ability to have this personal connection with them.

“I think students like to feel that the professor is interested in them personally and not just orating, or just pronouncing what they know to a group of anonymous people. People like to feel a personal connection and [Remo] would have that anywhere he went,” says Brustein.

Airaldi has a few other shows lined up for the year. He will be doing a reading of a new play in November with Israeli Stage. In January, he will rejoin Brustein and a few other original ART members, like Will LeBow and Ken Cheeseman, for the “The King of the Schnorrers” at the New Repertory Theatre — a comedy based on an Israel Zangwill play with a “Romeo and Juliet” love story, a play Airaldi is all too familiar with.

His role as a professor doesn’t seem to end anytime soon. It’s already a 12-hour day with “Sweeney Todd” mixed into his schedule. At age 50, he isn’t slowing down, but Airaldi doesn’t mind.

Airaldi says he sees himself teaching for a very long time. He recognizes that many of his students don’t aspire to be professional actors, but he finds those are some of the best students to teach.

“Even if you don't ever want to be an actor, who wouldn't want to get better at concentrating, or focusing, or listening, which is a big part of acting, or observing, or being playful. All those things are things that in your life you would [want to] be better at, right? It's about making yourself better as a person ultimately. That's why I love it and that's why I love teaching it.”

Katherine Lam is an editorial intern at The ARTery. She is currently a fourth year undergraduate at Boston University studying International Relations and Journalism.