A clear bag of intravenous antibiotics hung on a pole at the head of his bed, an oxygen mask made his breathing easier, and soon orderlies would wheel him up to his room.

But one task was incomplete: I needed to talk with my 87-year-old patient with pneumonia about the kind of care he would want if he did not improve.

I had already tried, twice. The first time, the ICU paged me away with an emergency, and just now my pager had gone off again.

The irony stung as I rushed to the phone. I care deeply about learning what my patients want, but sometimes there just isn’t time.

This is an everyday failure in health care — one that can have tragic consequences. The vast majority of patients haven’t told their doctor what kind of care they want at the end of life, which means some could be put on a breathing machine even if they might not have wanted it. Still other patients could receive care that’s less aggressive than they want.

A recent survey suggests why: 66 percent of primary physicians and specialists in California said they didn’t have enough time to talk about end-of-life decision-making in their hospitals and clinics.

Bestsellers like Ira Byock’s "Dying Well" and Atul Gawande’s "Being Mortal" have increased popular awareness that we can do better in end-of-life care. Organized efforts, like The Conversation Project, encourage patients to express and document their final wishes. But none of this changes the fact that American doctors struggle to order the right tests, prescribe the right medicines, and give the right shots and still have time left to talk with patients about their end-of-life wishes. 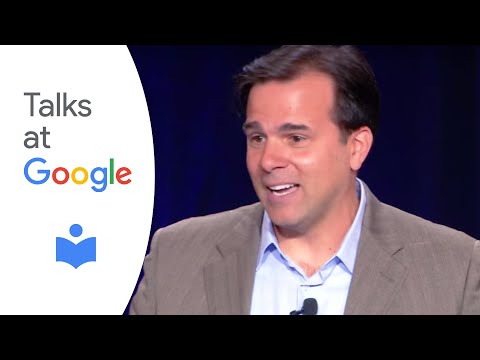 Recently, I learned of a potent new way to make things better for patients: a suite of videos on end-of-life care developed by Dr. Angelo Volandes, a physician at Massachusetts General Hospital. He's just published a new study that suggests one way to put the power in end-of-life decision-making back in patients’ hands even if their doctors don’t have time to talk about it. (To be clear, I have no financial stake in these videos; I just think they can help.)

Knowing full well that interventions proven to work in the artificial environment of clinical trials can fare poorly in the real world, Volandes and colleagues decided to test their videos in the chaotic, time-pressured and messy world of real-life clinical care. In the words of Brooklyn-born Volandes, it was “time to go BIG!”

They went big in Hawaii. Volandes and ACP Decisions, the nonprofit company he founded, licensed their videos to the Hawaii Medical Service Association, Hawaii's dominant health plan with over 730,000 clients. In turn, the association provided access to videos for every one of the state’s 1.4 million residents regardless of their insurance plan, and then measured the impact the videos had on end-of-life care in the state.

The first place Volandes and colleagues measured the impact of this plan was Hilo, a small town on the east coast of Hawaii. After a brief training session, they licensed their videos to the town’s hospital, hospice and every single one of their 30 primary care physicians. Then Volandes and colleagues watched how the videos affected end-of-life care in Hilo.

For Hilo’s over 43,000 residents, documentation of end-of-life wishes in the medical record rose by over 37 percent, rates of discharge from hospital to hospice at the end of life more than doubled, and the average insurance cost for the last month of life among Hilo patients exposed to the videos dropped by over $3,400 per patient, according to the report published in the Journal of General Internal Medicine.

In one video, a clinician in scrubs intubates a resuscitation dummy while a narrator describes the procedure, then says, “I encourage you to discuss your wishes with your family, friends and doctors…" The tone is calm, and serious -- appropriate to the occasion but not so much so that it might scare patients or make it hard for them to think clearly.

Another video shows clinicians rushing to a bedside in the hospital to perform CPR. In unvarnished simple language, the chances of success after CPR or mechanical ventilation and other interventions are given for different types of patients, and viewers are encouraged to talk with loved ones and clinicians about the kind of care they want. The decision itself, importantly, is left to the patient.

Another reason Volandes’ videos really can change end-of-life care is that they work not only for patients and doctors but also for the folks who pay the bills.

Hilton Raethel, chief officer of HMSA, said in an interview that he participated in the statewide video study because he was distressed that patients so often get unwanted, aggressive care at the end-of-life. He wanted to cover care that fit patients’ wishes, and said reducing unwanted end-of-life care saves money.

As an ethicist who often helps patients and providers work through difficult end-of-life decision-making, I watched the videos with a critical eye, and found them not only accessible and accurate but also unbiased.

The videos discuss the pros and cons of CPR, they describe mechanical ventilation in neutral terms, and they discuss the likelihood these measures will work. The videos don’t steer patients toward or away from aggressive measures – they are exactly the information busy doctors would give their patients if they had the time to do it.

Dr. Lynda Dolan, a family physician and medical director of hospice of Hilo, told me that using the videos has changed how she cares for patients. The videos save time in clinic, and give patients “confidence that they have made the right choices and are verbalizing it to their family and friends.” She and others involved in the project were quick to point out, though, that the videos cannot substitute for high-quality patient-provider conversations. Instead, she said, the videos are a springboard to such conversations, and can help patients consider what they want at the end of life even if their provider doesn’t have much time to talk.

The contrast to my harried night in the ER could not be more complete. By the time I returned to my patient’s bedside, he was sleeping and we never had the heart-to-heart I wanted. After he was discharged home, I worried: How would we respect his dying wishes in the future if we didn’t know what they were?

Having struggled as a clinician to do this right within time constraints, and as an ethicist who has seen families and providers face truly tortuous decisions at the end of life, I believe Volandes' efforts can ensure that fewer patients are kept in the dark.  I try my best to take the time to educate and listen to my patients, but I’m glad more and more of my patients can empower themselves by watching the videos on their own time. That way they can get the care they need, even if my pager won’t stop going off.

Tim Lahey, M.D., MMSc, is an HIV physician, ethicist and director of education at the Dartmouth Institute for Health Policy & Clinical Practice in Dartmouth’s Geisel School of Medicine. He is a member in the Dartmouth Public Voices Fellowship.