I recently took three women with me on vacation and fell in love with each of them. My wife didn’t seem to mind. She was even curious about why I was spending so much time with Jenni and Margaret and Anne. Jenni Fagan, Margaret Atwood and Anne Tyler.

I’d been in a slump lately when it comes to reading. I’d see rave reviews about books like Noah Hawley’s “Before the Fall” and end up thinking that they were at best OK screenplays in disguise. Actually Hawley’s TV show, “Fargo,” is infinitely more imaginative than his novel, which despite being a page-turner turns out to be a lousy mystery and a tepid screed against Fox News and celebrity culture. I found Jonathan Franzen’s latest analysis of the zeitgeist, “Purity,” basically unreadable.

I didn’t intend to go all distaff on vacation, but I did come away thinking that women have become better novelists and short story writers than men, particularly American men. I’ve long felt that they’re better mystery/crime writers, partly because they don’t feel the need to insert themselves into the story. The detectives created by men often seem like wet-dream versions of themselves. Not unlike a certain presidential candidate who seems to be auditioning to star in a bad version of a Mickey Spillane movie.

Lately I’ve been thinking the same is true of novelists in general. If you told me I had to spend the rest of my life with a roomful of Henry James, Ernest Hemingway, Raymond Chandler and Franzen tomes or one with Edith Wharton, Flannery O’Connor, Patricia Highsmith and Alice Munro, I’d run into the women’s room faster than you can say Mary Shelley. Who’s afraid of Virginia Woolf? Not I.

I’m not looking for PC points here. I certainly wouldn’t make the same case about film, music or theater artists — though those fields haven’t been as open to women the past couple of centuries as writing has. And I can’t wait to tear into the new novel from Ian McEwan. In general, though, I think that female fiction writers don’t feel they have to show off as much — at least the better writers. Take my three femmes from vacation. Reading the latest from Atwood ("Stone Mattress"), Tyler ("Vinegar Girl") and the young Jenni Fagan ("The Sunlight Pilgrims"), there’s a strong voice guiding each narrative, but not an intrusive one. There’s a sense that the writers don’t know where their characters are going to end up any more than we do. There’s no shade of purple in their prose.

Maybe women are better listeners than men to begin with and they’re listening to their characters’ desires and predilections more closely than their male counterparts, who often seem like they’re just listening to themselves. There are precious few stick figures in these books. 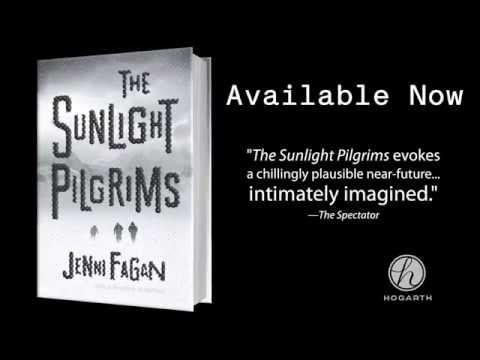 Take the least-known first, the young Scotch writer Jenni Fagan ("The Panopticon"). I normally run the other way when I hear “dystopian” these days. I think that books and films plugging into paranoia about the "coming apocalypse" are too facile particularly when the horrors of government are mixed in. Even when they aren’t making overt political points, I find their listing of grotesqueries and their mannered stylizings tedious to the extreme — Cormac McCarthy's "The Road" a case in point.

Fagan, by contrast, doesn’t hit us over the head with the 2020 ice age she’s writing about. Her characters are huddled inside a caravan camp, trying to keep the 30-below winter at bay, but you sense these folks would be acting pretty much the same in any event. Climate change heightens their urgency to connect and it raises the stakes, but it doesn’t drive the story. The weather outside is frightful, but it’s the interior lives of the characters we really care about.

Dylan’s mother and grandmother have recently died, and the great family art-house cinema has as well, so he heads off to the Scottish village of Clachan Fells to bury their ashes. He hooks up with a countercultural woman and her 12-year-old, the transgendered Stella.

This all has the makings of a bad political novel, but Fagan’s writing never devolves into that. The prose is matter of fact, yet both delicate and assertive, often poetic.

“Dylan tests the ground ahead of Stella with a ski pole to make sure they won’t fall into deeper snow. Words are like crystal when it is like this; they hang on the air, it carries them up to the trees on the mountaintop, all those frozen willows he can’t help but see in the shape of a C, their long arms frozen. And somewhere in the cherry blossoms away down on the farm lane there are the tiny buds just waiting for a thaw that might never come round.”

The three main characters are trying to make the best of a bad situation, and the struggle is oddly riveting. It’s that mixture of delicacy and assertiveness that is harder to find in male writers, particularly American male writers.

Many of the stories in Margaret Atwood’s collection of somewhat interrelated short stories, now in paperback, also draw on a precipitous drop in the weather, reminding us (along with Fagan) that climate change doesn’t necessarily mean global warming.

Atwood (“The Handmaid’s Tale”) is a political writer, but her look at the world in “Stone Mattress” is as playful as it is serious. I’m not sure her prose has ever been better (even if she does think that Cabernet Sauvignon is a white wine). Subtitled “Nine Wicked Tales,” she’s deliciously wry. Men will be boys, particularly when they’re behaving badly, but her women are more assured.

There is Constance, whose youthful fantasy writing was looked down upon by her bohemian boyfriend, Gavin, a poet. So imagine his consternation when she became a sensation and he was contributing to stapled-together poetry books. Late in life, in separate stories, they both look back, he in anger, she in wistfulness.

Like her countrywoman, Alice Munro, Atwood weaves in several strands from her protagonist’s past and present lives and loves. Trying to come to terms with a retirement home vs. staying where she is; carrying on conversations with her recently deceased husband; and thinking back toward her bohemian rhapsody.

It’s not that a man wouldn’t be capable of such machinations, but Atwood (again, like Munro) taps into something more finely-parsed and empathetic and (like Fagan) political without hitting us over the head. (Though there’s nothing subtle about “Torching the Dusties,” the last in the collection, wherein the youngfolk go around to retirement homes killing off the elders for ruining the world — i.e. bringing about the ice age and taking up all the money.)

More typical of the stories is this passage:

"Young Constance felt very lucky to have been taken up by Gavin, who was four years older than she was and knew a lot of other poets, and was lean and ironic and indifferent to the norms of society and grimly satirical, as poets were then. Perhaps they’re still like that: Constance is too old to know.”

Maybe Atwood is also talking about the difference between how the sexes approach writing, whether poetry or prose.

Anne Tyler’s latest is part of the Hogarth Shakespeare series, in which contemporary writers riff on the Bard, in this case “The Taming of the Shrew.” Perhaps needless to say, Tyler’s riff won’t take her to the same anti-feminist places as the original. (Coincidentally, Atwood is doing the next one — "Hag-Seed," due out in October. It takes on "The Tempest.")

In "Vinegar Girl," Tyler keeps the suspense up as to how she is going to square things between her contemporary Kate and her not-so self-assured Petruchio wannabe, a Russian scientist who’s working with her father. Dad is more concerned with keeping said Russian, Pyotr, from getting deported and tries in his goofy, clueless way to convince Kate to marry him.

I can’t say that I’ve kept up with Tyler’s writing since her Pulitzer-winning “Breathing Lessons” in 1988, though not because I didn’t like her. “The Accidental Tourist” was not only beautifully written but as prescient as they come, predicting the coming globalization of culture, namely American culture.

Here, Tyler’s take on the battle of the sexes is more playful, less adrenaline-fueled than how most of her male counterparts go about writing about relationships. She’s lost none of her low-key absurdist humor over the years and Kate’s speech “in defense” of men, a retort to Shakespeare’s “Shrew,” may symbolize some of the differences between male and female writers as well:

“It’s hard being a man. Have you ever thought about that? Anything that’s bothering them, men think they have to hide it. They think they should seem in charge, in control; they don’t dare show their true feelings. No matter if they’re hurting or desperate or stricken with grief, if they’re heartsick or they’re homesick or some huge dark guilt is hanging over them or they’re about to fail big-time at something — ‘Oh, I’m okay,’ they say. ‘Everything’s just fine.’ They’re a whole lot less free than women are, when you think about it. Women have been studying people’s feelings since they were toddlers; they’ve been perfecting their radar – their intuition or their empathy or their interpersonal whatchamacallit. They know how things work underneath, while men have been stuck with the sports competitions and the wars and the fame and success. It’s like men and women are in two different countries!”

Listening To The Writers 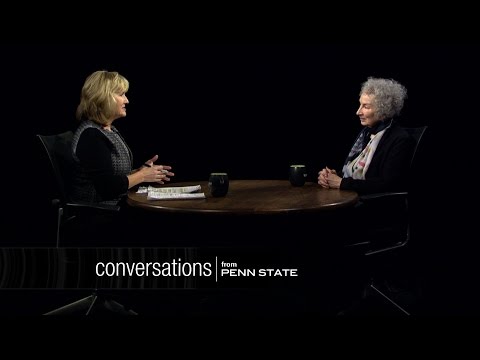 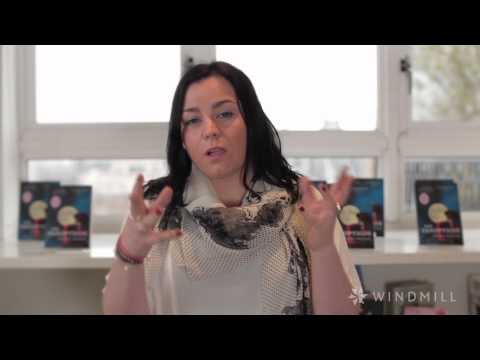