Boston hopes the city's talent, education and history will lure Amazon to town.

The city released its bid for Amazon's second headquarters Friday. And at 218 pages long with two glossy videos, the city flexes its muscles — painting a picture of an innovative, thriving city that is ready to be the next home of the online retail giant.

“We are excited to present the best of Boston to Amazon," Mayor Marty Walsh said in a statement.

"You have my personal commitment to marshal all of what Massachusetts has to offer for your consideration," Baker wrote in a letter addressed to Amazon CEO Jeff Bezos.

Cities and states had until Thursday to submit bids to Amazon, which announced in September plans to build a second headquarters. The company expects to invest more than $5 billion in construction and eventually bring up 50,000 "high-paying" jobs.

Boston is seen as a top contender for Amazon's HQ2. And Bloomberg reported that the city is a favorite among senior execs at Amazon.

The centerpiece of the city's bid is Suffolk Downs, as Walsh indicated to WBUR's Radio Boston earlier this week. The 161-acre former horse-racing site straddles East Boston and Revere, which is partnering with Boston on the bid. The proposal calls the site a "blank canvas" that is "shovel-ready" for Amazon.

"This area has the flexibility to not only meet and exceed Amazon’s current goals, it will also be able to evolve with the ever-changing needs of the company," the bid reads.

The Suffolk Downs site is owned by HYM Investment Group and is already slated for mixed-use development. It's expected to include up to 10,000 residential units, which would allow up to 20 percent of Amazon employees to live nearby, according to the proposal.

"It's the perfect site. I'd put it up against any site in the country," John Barros, the city's chief of economic development, said in a phone interview.

Amazon plans to build its second headquarters in phases, with an initial build out of around 500,000 square feet. Boston's bid says it could deliver that at Suffolk Downs by the end of 2019. And then build out to Amazon's desired 8 million square feet by around 2027, the proposal states.

What's noticeably missing from Boston's bid is any sort of tax incentive package. A contrast to other cities, like Worcester, which plans to offer Amazon around half a billion dollars in tax incentives.

Walsh previously told Radio Boston on Wednesday that he wasn't offering any tax incentives at this point. In the bid, the city says it looks forward to further discussions on the matter and notes that "public infrastructure investments and incentives are generally tied to significant private investment and job creation." 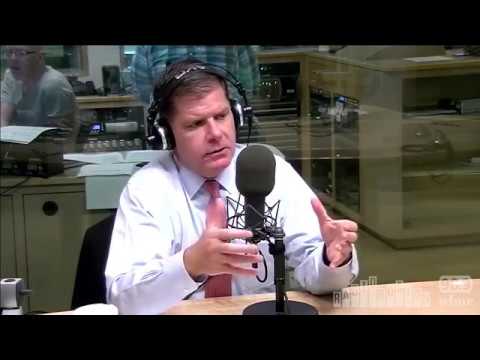 Barros said the city wants to see what kind of investment Amazon is willing to make before offering up an incentive package.

"A really important part of Boston's economy is investing in infrastructure ... so investing in the MBTA, investing in public transit is critical," Barros said. "So, if Amazon comes here we want to have a conversation about that."

The city is basically banking on its educational institutions and tech talent to move it forward in Amazon's bid process.

Much of Boston's bid touts the area's colleges and universities as a strong pipeline for talent. It notes that degrees in computers, math and statistics are up 25 percent in the region since 2010. It also highlights the state's highly ranked public school education systems as well as training programs aimed at giving young people technical skills.

Additionally, over a dozen colleges wrote letters of support for the city's bid. The letters expressed enthusiasm and a willingness to partner with Amazon.

"Our universities provide the intellectual infrastructure — the ideas, solutions, technologies and talent that fuel growth, and attract startups and established companies — that makes our region a competitive place for Amazon’s next venture," Harvard President Drew Faust wrote in a letter.

MIT President Rafael Reif said the university is "extremely excited" about Amazon possibly coming to town and "wants to play a role" if that happens. Northeastern President Joseph Aoun said the university's campuses in Boston and Seattle are already helping "produce a pipeline of talent" for companies like Amazon.

Boston's bid emphasizes the city's growing tech talent, noting that it has the seventh highest number of workers in computer and math-related jobs in the country.

Local business leaders also lent their support to Boston's bid, including Vertex, Carbonite, Reebok and GE — which moved its global headquarters to Boston last year. The letters boast about the city's startup community, tech developments and some even point out personal connections to Amazon.

"We were founded by leaders from the robotics community, including Tye Brady, the Chief Technologist at Amazon Robotics," wrote Thomas Ryden, the executive director of MassRobotics.

In another letter, Cambridge Innovation Center CEO Tim Rowe writes to Jeff Bezos, "We met last year at your Sept. 12th, 2016 private gathering in Boston of robotics folks." He references the city's achievements. "The computer was invented here, as was the Internet. This is a very special area. I think you know that,"Rowe wrote.

If Amazon didn't know that, the Boston bid makes sure to emphasize the city's history of invention as well as all its historic firsts — the country's first subway, first public schools, first public parks and so on.

Boston also pegs its Amazon bid to its citywide development plan, known as Imagine Boston 2030. The plan is essentially a roadmap for future development and broadly calls for more mixed-use development, affordable housing and infrastructure improvements. The city believes Amazon fits into this long-term development plan.

"We think we've got a roadmap that [Amazon] can grow with us," Barros said.

He believes if Amazon came to Boston it "would grow at a pace that wouldn't be disruptive." 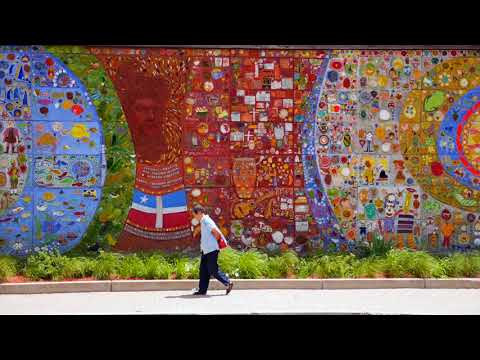 But some have questioned whether its worth it for cities to pursue — and potentially offer up millions in tax incentives to — Amazon.

In Seattle, where Amazon is headquartered, rents and housing prices have skyrocketed. A WBUR poll earlier this month found that housing costs is the top issue for Boston voters.

The city says it's already working to increase its affordable housing stock. In its bid, Boston notes that the city has a lower cost of living than other coastal cities like New York, San Francisco and Los Angeles.

Meanwhile, a number of cities in Massachusetts that are also bidding on Amazon's second headquarters say their major selling point is the fact that their cost of living is much lower than Boston's.