Ian Hunter has written loads of songs about the nature of rock ‘n’ roll itself: of being in a band, of what fans mean to a band, of life on the road and the pitfalls of success. He did so for six years as the lead singer of Mott the Hoople and has done so for 43 years after that as a solo artist.

One of Mott’s best-known songs is 1973’s rollicking “All the Way from Memphis” and a key line from that runs: “You gotta stay young, man, you can never be old!”

Hunter was 34 then. He was saying what everyone felt was a basic truth: Rock ‘n’ roll is a young person’s game and Hunter wasn’t, even at that point, what most rock fans would have considered young. In the song, he was having a bit of a laugh, but also looking down the road.

On Saturday, Feb. 10 and Sunday, Feb. 11, backed by his longtime group, the Rant Band, Hunter, who also plays guitar and keyboards, will be singing those lines again at Boston’s City Winery. It’s long been a staple of his set. Hunter is now 78 so the song is, perhaps, more ironic and apropos than ever. And you can’t help wonder if at this point, Hunter wishes there was just one story that didn’t express amazement or wonder that he’s still rocking at 78.

“Well, you know, it don’t bother me,” Hunter says, on the phone from his Connecticut home. “You go to anybody my age, you’re gonna say the same thing: ‘He’s over 70?!’ Well, there you go. Now, if I stood on the end of a pier, doing 'Chirpy Chirpy Cheep Cheep' [a bubblegum hit from 1970] I think I’d feel slightly guilty, but my stuff sort of stands up so we don’t have a problem with it.”

Hunter’s right: His stuff does stand up. He’s got a deep, wide-ranging catalog, including, as a solo artist, “Once Bitten, Twice Shy,” “Cleveland Rocks,” “Irene Wilde,” “Just Another Night” and “When I’m President.” And, from the Mott years, “One of the Boys,” “Saturday Gigs,” “Roll Away the Stone” and “The Golden Age of Rock ‘n’ Roll.”

And, of course, there’s the David Bowie-penned anthem, “All the Young Dudes,” without which none of this would have happened. Legend has it that Bowie gave the band, which was on the verge of breaking up, the song in the hopes of keeping them together. Almost. Not quite.

“We had broken up,” Hunter says. “[Bassist] Pete Watts rang him for a gig ‘cause David was putting a band together and Pete said, ‘I’m available.’ And David said, “You’re in Mott the Hoople.” Pete said, ‘We split up’ and David went all funny and said, ‘You can’t!’ " 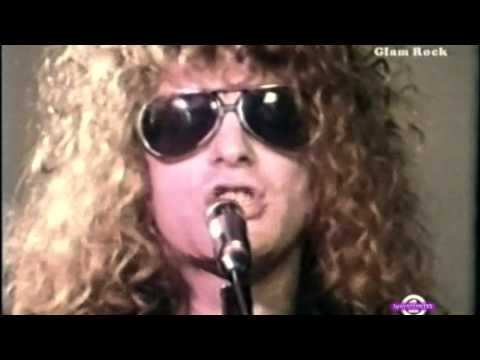 Mott had been struggling, having released four (strong) albums at that point to middling success. “We were on the wrong label,” Hunter says. “We were more like a showoff band and they had all ‘natural talent’ people like Free and Traffic. We played rock ‘n’ roll and played our asses off. We didn’t know what we were doing and it was great.”

“David offered us ‘Suffragette City,’ which we thought was a good song, but we didn’t think that it was for us. Then he came back with ‘Dudes.’ He was really on our case for about a nine-month period there," Hunter recalls. "We learned so much. David was extremely generous with his time. He was great, he really was. And he was great with a lot of people, very unselfish.”

Mott rode the glam rock train with "Dudes" — its first real U.S. hit — and built its audience with the two subsequent albums, “Mott” and “The Hoople.” But by 1975, they were over for good -- save for much-later reunion gigs -- and Hunter began his solo career.

“What inspired me in the first place was great natural people like Little Richard and Jerry Lee Lewis. I just wanted to try and be as good as them and I never will be, but that’s always been my goal in life. Along the way, what happened was I started writing songs, which those guys weren’t so great at.”

When Hunter was young he began to attract notice — as did others — as another potential "new Dylan." "What am I going to say?" Hunter says, with a laugh. "He’s the man. Did I use him to find myself, my own voice? Yeah. Everybody uses somebody. I didn’t know what the hell he was talking about, but boy it just felt right. The sound of his voice, how you getting away with that? And he was confident, too."

On Hunter’s last album, 2016’s “Fingers Crossed,” he penned “Dandy,” a tribute to Bowie. “A of couple of days after David passed I was working on this other song, ‘Lady,’ and out came out this one, circa ‘72 Ziggy. It really wasn’t from my point of view. It was from a fan’s point of view and I thought that’s really cool. And it came really quick. If it comes quick and it feels all right and it passes my quality control, then after that it’s out of my hands.” 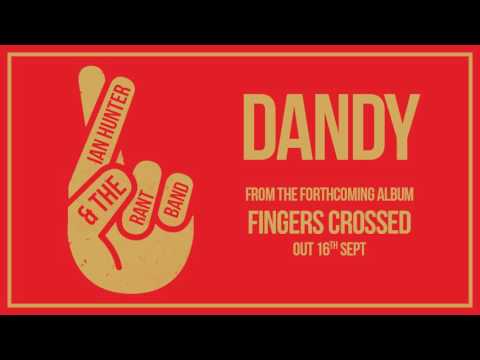 Hunter wants to write new music. “I’m trying to write,” he says. “You go through this period of writing rubbish. It’s like a muscle. I haven’t used it for 18 months, so I’m pretty down at the moment. You go through this self hatred ‘til you get to the point where something good comes.”

New music, Hunter maintains, is essential to the job, to maintaining artistic validity and not just coasting in concert on catalog material. “That’s the motivation,” he says, asking of himself: “Can you still do it? Better than before? Which just makes it harder because you’ve mined lyrics and you’ve mined melodies for 50 years.”

“I mean if you’re a songwriter, you’re like a detective. You see these detectives who put all these bits of paper up on the wall? It’s to do with the case that they’re trying to solve and they keep looking at these bits of paper. It’s the same sort of thing. I have loads of paper, lyrics, and you keep staring at them and something happens and you write.”

The Rant Band first formed in 2001. “Everybody’s so different and we get on great,” Hunter says of the five band members. “I get to just sit in the band. They ferry me about and I get up and do what I do. I’ve always encouraged personalities on stage because basically I’m stuck at a mic and it’s good if people can see some kind of movement going somewhere.”

James Mastro plays guitar in the Rant Band and also serves as the group’s bandleader, although he adds in an email interview that he’s “the bandleader in the loosest sense — I’m the voice of reason with arrangement suggestions.” Also: the unit’s “therapist, referee and flight attendant.”

Mastro -- former co-leader of the Bongos and sideman to John Cale and Patti Smith, among others -- was weaned on Mott the Hoople, playing air guitar to songs from the “Mott” album in 1973.

“I then finally decided to pick up the real thing,” he says. “The fact that I now play with the person who inspired me in the first place is just a nice ironic cherry on the cake. The thrill definitely remains. And the fact that Ian is a true stand-up guy and friend makes it easy. Ian is a force of nature, and makes it hard for us band members to complain about aches and pains when he's out in the front lines with us. And he truly is one of the boys.”

Hunter and the Rant Band played around 80 concerts in 2017. “That’s what I do,” Hunter says, matter-of-factly. “What am I going to do, sit in the kitchen going ‘Oh my god!’ That don’t work for me. It’s between that [touring] and a lack of relevance. You want to keep your end up.”

He tries to structure the set this way — "a third old [Mott the Hoople], a third recent and a third early solo. There’s over 400 songs and everybody wants something you don’t do, so I’ve given up on that. But you can’t really do too many obscure tunes. It doesn’t work."

In 1974, Hunter penned a memoir, “Diary of a Rock ‘n’ Roll Star.” The same year he wrote "Marionette" -- which unfortunately falls in the obscure category -- about the flattery and treachery endemic to the star-making machinery, the rock star as marionette. That was the game he used to play; he now professes a certain contentment at being out of that game. 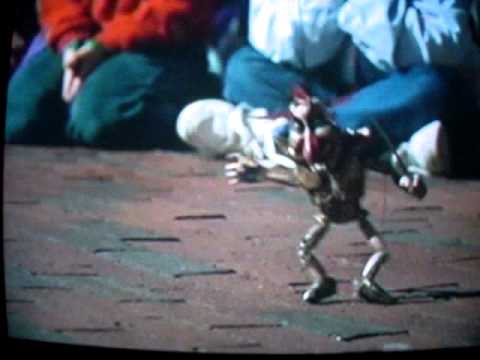 “I don’t give a f--- about the business,” he says with a laugh. “I just do what I like to do. If you can make a few bob and keep out of the main line of fire, that’s for me. I have so much admiration for these people who can do the Beyoncé thing, but on that level, mentally and physically, I wouldn’t ever be able to do that. So, I just end up on the periphery and we have a great time.”

Ian Hunter and the Rant Band is at City Winery in Boston on Saturday, Feb. 10 and Sunday, Feb. 11.