Without a doubt, the Massachusetts secretary of state race is one of the feistiest campaigns of an otherwise sleepy primary season.

The politically astute yet sometimes enigmatic incumbent, William Galvin, is facing his first primary challenge in a dozen years. Three-term Boston City Councilor Josh Zakim is looking to send Galvin, who's held the job since 1995, into retirement.

But the 67-year-old Galvin is battling back.

The race pits two Democrats from different eras, and with very different campaign styles, against each other.

Zakim's bid got a boost in June at the Massachusetts Democratic Party Convention in Worcester. The endorsement for Zakim prompted Galvin to step up his efforts to stay in office. He's hired a campaign communications adviser and has finally taken to social media.

The 34-year-old Zakim has been trying to make Galvin the issue, saying after 24 years in office, it's time for a change.

Zakim said Galvin has stood in the way of election reforms, including same-day voter registration, a charge Galvin disputes.

Galvin touts his experience on the job as his core strength.

"One of the things that I am most proud of is my record of running honest elections here in Massachusetts with accurate results," Galvin said. "We've not had some of the problems other jurisdictions have had."

He added: "I look forward to the 2020 election as a critical election of our country. I honestly believe it's probably going to be the most important presidential election since the Civil War."

Besides elections, the secretary of state oversees corporate registrations, public records, securities and the Massachusetts Historical Commission. Secretaries tend to stay in office for a long time. Since 1971, only four individuals have held the office, while nine different people have served as governor over the same period.

Zakim has energized the younger, progressive wing of the party, picking up several endorsements from members of the Legislature's Millennial Caucus.

"I'm supporting Josh because Josh has made a case for protecting voting rights, and really ensuring that the commonwealth remains on the cutting edge of participatory representative democracy is exactly what we need in this office," said Cape and Islands state Sen. Julian Cyr.

However, Galvin has support in the Legislature as well.

"Obviously there's been a transformational movement across this country," said freshman state Sen. Paul Feeney of Foxborough. "But I think in this race ... the choice is clear. You have somebody who's done the job, who's been very effective, who's worked hard, you know, and Secretary Galvin is concentrating on his race.

"You know, every few years, candidates go on a job interview. That's what this is about," Feeney added.

Time is running out for the candidates to close the deal, though.

Galvin set the primary for the day after Labor Day, a move Zakim claimed was deliberate to help the incumbent. Galvin said it was necessary to avoid the Jewish holidays and the first day of school.

"The problem for him is similar to the problem for other progressive challengers, which is that younger people don't often turn out in primaries," Koczela said. "So he has to both show people who he is, you know, get people to focus on the fact that he's running, focus on the race at all and then get people who don't necessarily always turn out for primaries to show up and cast their ballots."

Whoever wins the primary still has another race to run this fall. The winner will face Republican Anthony Amore in November. 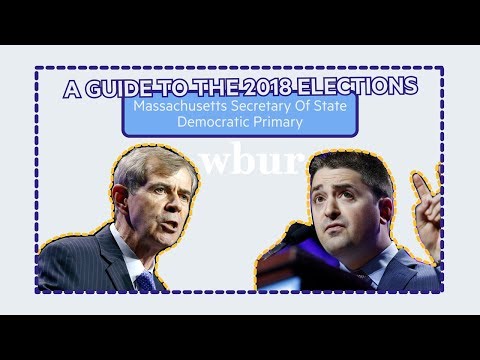