Some areas may have gotten a coating to half an inch of snow overnight, mainly over the higher terrain. Other than a snow or rain shower early this morning, we're looking at a fairly nice day with a blend of clouds and sunshine.

In spite of the fact temperatures today will be about eight degrees below average, the sun is still quite strong this time of the year. As a matter of fact, sunshine in the third week of April is as strong as it would be in the fourth week of August. In other words, it's bright. 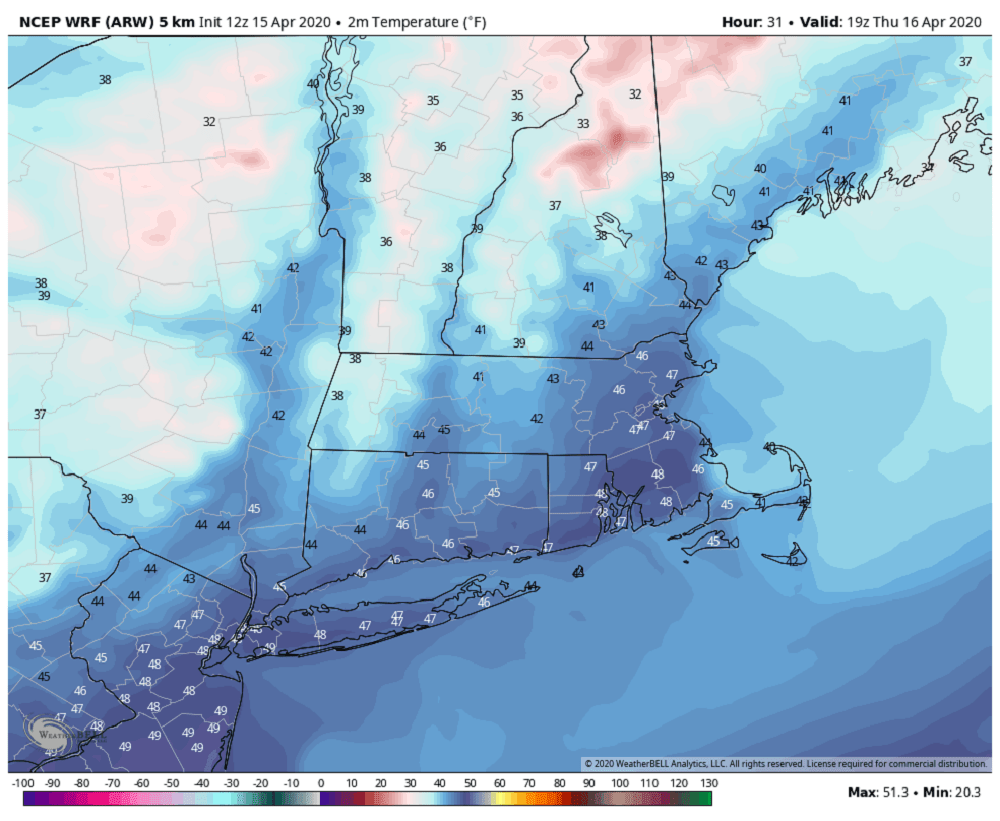 Cold weather Thursday is followed by the potential for some wet snow on Friday night. (Courtesy WeatherBell)

Weather systems are on the move and we have another one headed in our direction Friday night. The air will be cold enough at night that we could see some snow mixed with the rain, especially away from the coastline.

We have not had measurable snow this late in Boston since before the year 2000 — actually way back in 1993. That was also the last time Worcester saw over an inch of snow this late in the year. Put another way, it would be highly unusual for us to see measurable snow. Nevertheless, I do think some areas might see some on the grassy areas, amounting to a coating to even a couple of inches, early Saturday morning before skies start to clear out again. Temperatures will reach the upper 40s to near 50.

Sunday will definitely be my pick of the weekend, now with plenty of sunshine and readings getting into the fifties to perhaps even near 60 degrees in the afternoon.
You can follow my updates here and on Twitter @growingwisdom.

Saturday: Early rain or snow showers, then sunshine and clouds. Highs near 52.

Sunday: Partial sunshine. Chance of a shower at night. Highs 54-59.

Tuesday: Partly sunny, with highs around 50-55.