President Obama's surprise remarks Friday afternoon about the Trayvon Martin case, racial profiling and race more broadly was almost certainly his most extensive remarks about the role race plays in American life — and the role it has played in his own — since his presidency began.

For Obama, discussing race has been especially treacherous. When he weighed in on the case last year — "If I had a son, he'd look like Trayvon" — his comments were viewed by many as an attempt to humanize Trayvon and empathize with his family, while many other people felt he was attempting to put his thumb on the scale in the case. (His comments came before George Zimmerman had been charged.)

The president tried to contextualize the reaction that so many African-Americans had to the trial and the issue of racial profiling by talking about his own experiences.

And I don't want to exaggerate this, but those sets of experiences inform how the African-American community interprets what happened one night in Florida. And it's inescapable for people to bring those experiences to bear. The African-American community is also knowledgeable that there is a history of racial disparities in the application of our criminal laws — everything from the death penalty to enforcement of our drug laws. And that ends up having an impact in terms of how people interpret the case.

Contrast that with his initial, markedly less pointed statement on the verdict earlier in the week.

It's not clear just yet what prompted the president to revisit the verdict, but his statements came just days after Attorney General Eric Holder sharply critiqued stand your ground self-defense laws like the ones in Florida. (Stand your ground wasn't directly invoked in George Zimmerman's trial, but it has been a major part of the discussion surrounding the trial.) In his comments, Holder got pretty personal as well. 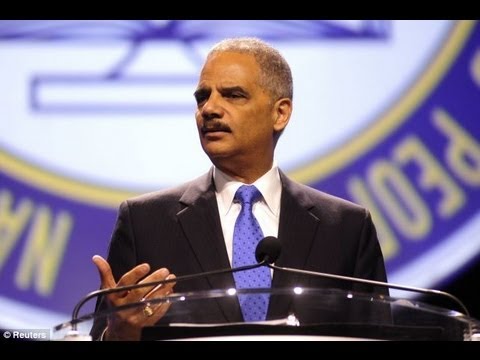 There were points of divergence, of course; they were speaking to different audiences. (Holder was addressing the national convention of the NAACP, and his comments on the Zimmerman verdict were part of a speech addressing other civil rights issues, like voting rights.)

The week since the verdict has seen countless black men recount and lament being treated with suspicion as they moved through the world. Now, remarkably, the president of the United States and the nation's top law enforcement official add their voices to that chorus.