Dwight Eisenhower played a lot of golf. John F. Kennedy played touch football. Richard Nixon bowled. But has any U.S. president ever been as closely associated with a sport as President Obama has been with basketball?

In "The Audacity of Hoop: Basketball and the Age of Obama," Sports Illustrated senior writer Alexander Wolff explores the implications of President Obama’s close association with the sport.

BL: As a high school player on a very good team in Hawaii, Barack Obama was a reserve. Did the coach fail to recognize his potential, or was he just not all that good?

AW: Well, I think even Barack Obama himself, with later years, recognized that he wasn't that good. He was a one-dimensional player. He had been self-taught on the playgrounds of Honolulu, and I think Obama by the time he hit his 30s and 40s realized that — that the coach didn't have it in for him, that he was simply a self-taught player who hadn't quite rounded out his game. 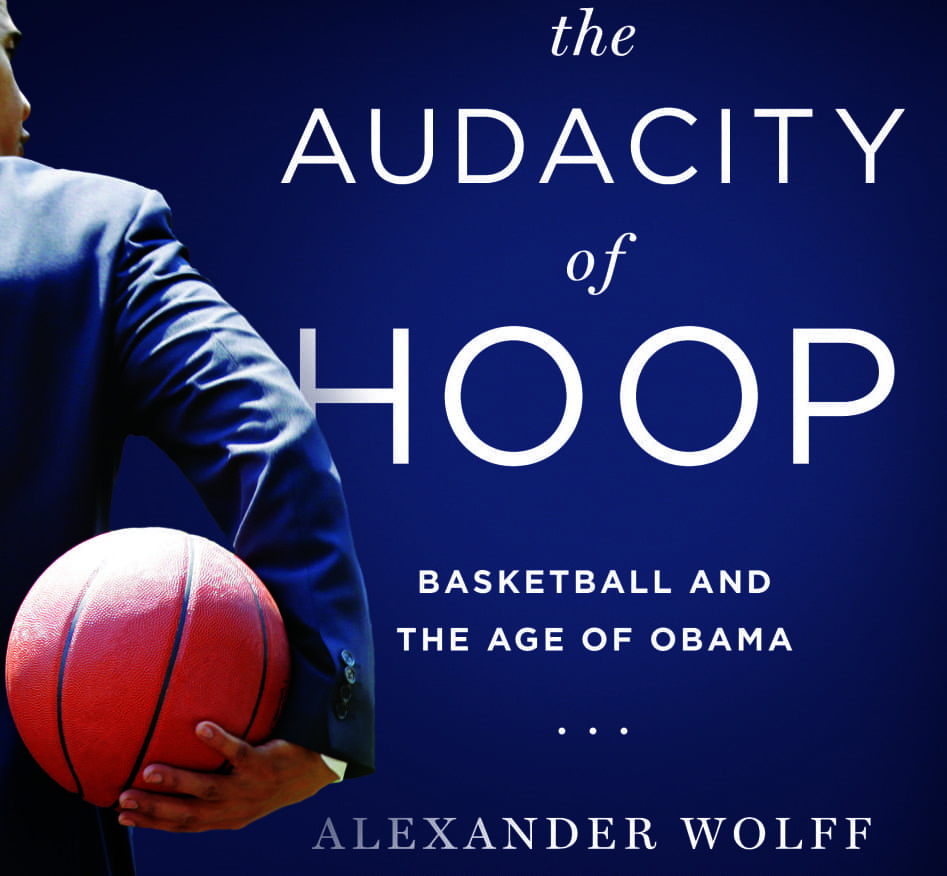 AW: Well, but that helped fuel his continuing to play the game — that sort of unfinished business part of it all. Here he goes off to Occidental College, realizes he's not going to actually play on the team but is a "noon-ball" regular, then plays at Harvard Law School, then plays with all these people who became social friends and eventually professional contacts in Chicago like Arne Duncan who became his Secretary of Education.

BL: There are a lot of stories in your book about President Obama playing basketball, coaching basketball, all sorts of things. Do you have a favorite among them?

AW: Well, one of my favorite things about him is the rarity with which you'll see him playing in shorts. We all think of basketball players wearing gym shorts. It just seems natural. I could find only one image from a vacation in Martha's Vineyard some August where he's wearing shorts. It must have been a 90-degree day. And every other time he's in sweatpants, and I've come to conclude that he's self-conscious about his skinny legs.

And it reminds me of a comment he made in his memoir, "Dreams from My Father," where he talked about how on the basketball court he learned from older African-American men the importance of not revealing your vulnerabilities. That's the first thing you did not do on the basketball court. And I wondered if that was part of it, that he simply won't show off those skinny legs because he doesn't want to seem weak. That struck me as an interesting insight, and the fact that Obama himself mentions it in his memoir I think gives it a real heft.

BL: Have you actually taken the court with the President?

[sidebar title="An Excerpt From 'The Audacity Of Hoop'" width="630" align="right"]Read an excerpt from 'The Audacity of Hoop' by Alexander Wolff. [/sidebar]AW: I have not played with the President. It's a very elite circle that gets to play with him, widened somewhat during those famous Election Day runs in Chicago. That first year they did it in '08, there were enough people there for four teams. They scaled it back a little in 2012 to two teams.

And then when he got to Washington in '09, it was mostly a very high-level group: Arne Duncan, Reggie Love — his personal aid — people with real experience at a high level. But he was competitive. All those guys in those games were competitive. They were playing for bragging rights. Once the campaign was over, Obama always wanted to play with the older players which included Duncan who seemed to be the ringer. If you had Arne Duncan on your team you would always win. And that stuck in Reggie Love's craw and perhaps that's the reason he left after the first term.