The 100th anniversary of the end of World War I. Reflections from the homefront and Europe.

Jack Beatty, On Point news analyst. Author of "The Lost History of 1914: How the Great War Was Not Inevitable." (@JackBeattyNPR)

Lora Vogt, curator of education at The National World War I Museum and Memorial. (@LoraVogt)

Margaret MacMillan, professor of history at the University of Toronto. Author of "Paris 1919: Six Months That Changed the World" and "The War That Ended Peace: The Road to 1914." 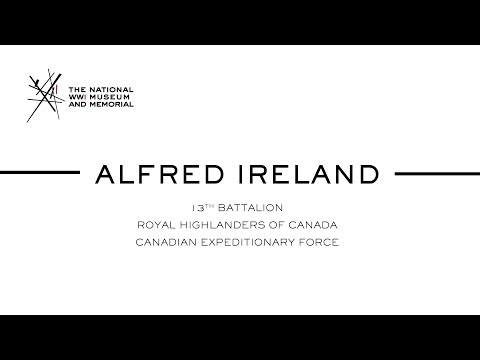 New York Times: "Keeping WWI Alive for New Generations" — "Lora Vogt bets she can tell you the four things you learned about World War I in school.

"'A guy was shot,' Ms. Vogt began, counting out each point on her fingers in front of a case of military uniforms at the National World War I Museum and Memorial in Kansas City, Mo., 'the Lusitania was sunk, the Americans came in and won the war, and Woodrow Wilson got 14 points.'

"It’s a comically simplistic summary of the “War to End All Wars,” but one Ms. Vogt, a former teacher and the museum’s curator of education, is used to hearing: The heir to the Austro-Hungarian throne, Archduke Franz Ferdinand, was assassinated in Sarajevo in 1914, the Germans sank the British passenger ship Lusitania in 1915, the United States broke its isolationist tradition and entered the war in 1917, and President Wilson gave his Fourteen Points speech to Congress in 1918, outlining the principles that lead to the war’s end that same year."

"The date would be forever marked as Armistice Day and this year marks the 100th anniversary.

"Archived letters released by the Public Record Office of Northern Ireland (PRONI) are providing a unique insight into what life was like for those caught up in the events leading up to and following the armistice.

"Correspondence from a prisoner of war camp and the account from the papers of an Ulster solider about the signing of the armistice are among the documents from the time."

Business Insider: "Armistice ended World War I 100 years ago — these photos show how US troops helped turn the tide of the Great War" — "When the US declared war on Germany on April 6, 1917, the Allies had already endured over three years of carnage.

"The famed Harlem Hellfighters were the first to join the fight on the frontlines under French command.

"As the Americans began to send more troops across the Atlantic, Germany was anxious to score a victory before the majority of their forces arrived.

"In the midst of the Bolshevik Revolution, Russia could not sustain its war effort. The dissolution of its forces freed German soldiers to the east, and the Central Powers' ranks along the western front swelled.

"The plan for Kaiserschlacht, or 'Kaiser's battle,' was to conquer Paris, and end the war.

"That plan backfired, and with the additional US troops, the Allies were able to counter a string of German offensives, starting with the first US-led assault in a small village near the Somme called Cantigny."