While working at the deli counter at Russo's Market in Watertown last December, 23-year old Guilherme "Gilly" Assuncao offered to do a sound-check for singers performing a holiday concert at the store.

When he stepped up the mic, Assuncao stunned his co-workers and patrons with his rendition of "Con Te Partiro" by Andrea Bocelli. Almost immediately, videos of his singing went viral. 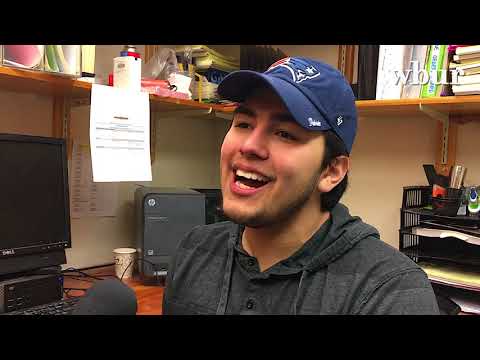 From noon to 2 p.m. on Sunday, Assuncao will return to Russo's Market for a formal performance. But this time, he won't be wearing a uniform.

In September, Assuncao started as a student at Berklee College Of Music. He recently put out a Christmas album to help pay for his tuition.

This article was originally published on November 30, 2018.

Deborah Becker Host/Reporter
Deborah Becker is a senior correspondent and host at WBUR. Her reporting focuses on mental health, criminal justice and education.