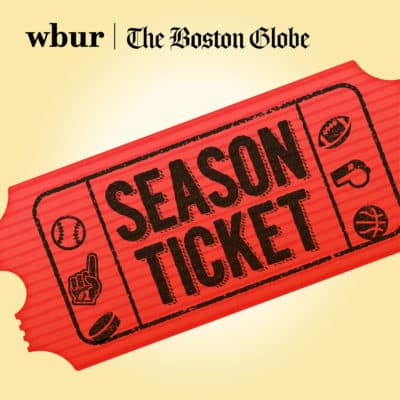 Today on Season Ticket, host Chris Gasper (@cgasper) welcomes Adrian Walker from the Globe's Spotlight team to talk about racism in Boston sports. They discuss the reverberations from the Adam Jones incident at Fenway Park in May, whether Boston deserves its racist reputation, and how sports talk radio perpetuates that reputation.

Adrian Walker: It’s the way that it reverberated around the country, the way it seemed to touch a nerve with people: “Oh, Boston. Of course it happened in Boston. There it goes again in Boston.” The way these incidents reinforce the city’s reputation for racism became something that a lot of us wanted to delve into.

Chris Gasper: It’s interesting because I think sports plays a huge role in that reputation ... There are other cities that have issues or incidents with sports fans and professional athletes and racial epithets ... yet none of those incidents sort of stick or resonate the same way that the Adam Jones incident did in terms of being something that people look at and say is indicative of an entire city's attitude about race.

Adrian Walker: There’s a couple things that that’s about. First of all, there’s Boston’s troubled racial history, bussing and its legacy and the Charles Stuart case and all of that, but there’s also this sense that people expect more from Boston. Boston is thought of, not only as a liberal bastion, but as a citadel of higher education where people are just expected to behave in a more sophisticated way.

"Boston is thought of, not only as a liberal bastion, but as a citadel of higher education where people are just expected to behave in a more sophisticated way."

Adrian Walker: There’s this whole other side of [the city] that is total denialism. If you say anything about race, it’s [interpreted as] you don’t love Boston, it’s a slur against the city. And it’s not, but that is one of the reasons we can’t come to terms with our issues and move past them.

Chris Gasper: I totally agree with you and I think some of these people, if they were so fervent about rooting out whatever racism still exists in Boston instead of just defending the honor of the city, I think we could make some real progress. And I think this is something that really hurts Boston’s reputation nationally: the fact that people get so immediately, reflexively defensive about it instead of acknowledging, “Yeah, we have a problem, but guess what? America has a problem and we’re going to do the best we can do in our city to make this better." ... Boston is a place that loves its history, but it doesn’t want to acknowledge all of its history. And, frankly, when it comes to racism, that history is unflattering.

"Boston is a place that loves its history, but it doesn’t want to acknowledge all of its history."

On the role of sports radio in perpetuating racism in Boston

Chris Gasper: I think one thing that I’ve realized in sports and the mistake that I’ve made in the past when it comes to sports on any subject, never-mind one as serious as this, is taking that small, small sample of people that listen to and call into sports talk radio, extrapolating that, and saying that’s how all Boston sports fans feel.

Adrian Walker: I think sports radio is probably more conservative than sports fans as a whole. But, I think the way they shut down conversation about race is something that is really detrimental for the city. Not only do they deny it, you can’t even talk about it without getting hung up on on some of these shows. And I think that’s absolutely outrageous.

Chris Gasper: I do think that on some of the shows, the conversation is a little bit intellectually disingenuous for this reason: they’re playing to a crowd ... Sports talk radio, ultimately, is entertainment.

Adrian Walker: Not only are they playing to a crowd—they're playing to an all-white crowd, which I think is an important piece of this.

Adrian Walker: One of the things I wanted to do for the story was interview the black Red Sox players, none of whom would be interviewed for this story because they are terrified of talking about race. They’re terrified of the reaction they’re going to get, specifically, I believe, from talk radio ... They don’t want to deal with it. I went to [Red Sox CEO] Sam Kennedy and said, “I want to interview all your black players.” And he said. "Great." And then, it turned out, none of them would talk about it ... and I think that says something about the city, too.

"I think the way they shut down conversation about race is something that is really detrimental for the city."

On how the issue is still present

Chris Gasper: Do you think it has gotten better?