The last time Really From took the stage, they were playing a dream gig: opening for superstar saxophonist Kamasi Washington at Big Night Live, the glitzy new venue that had opened in the Seaport just months before. It would be the clubbiest of nightclubs on a different night, a velvet-ropes-and-bottle-service scene, but on this particular Monday in February of 2020, the 1500-capacity space was attempting a slightly more low-key atmosphere. 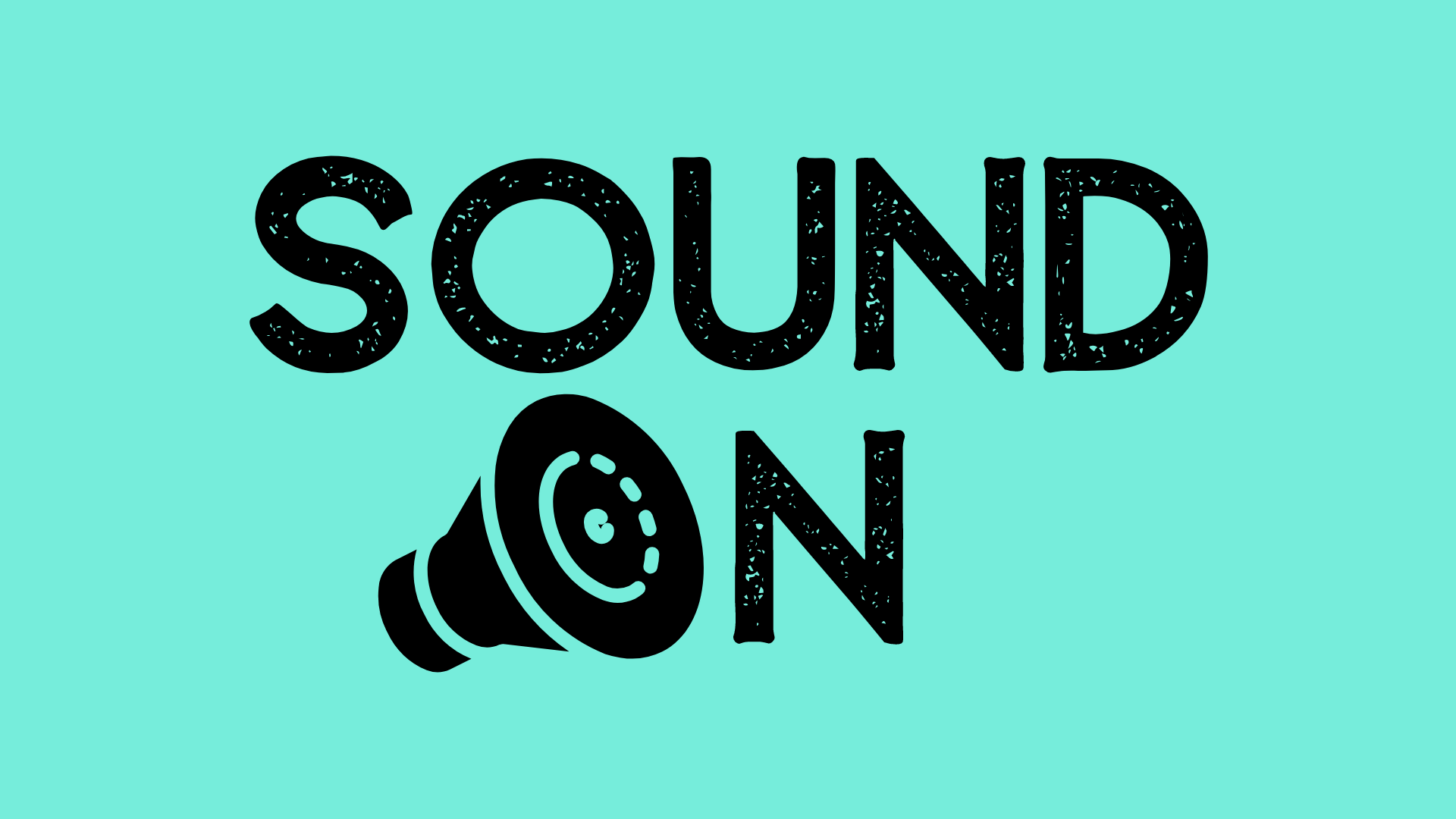 It wasn’t exactly a traditional jazz club, but it was the biggest room the Boston-based foursome had ever played, and it was an actual jazz show, which came as a welcome change of pace. As a self-described “indie jazz” band signed to Topshelf Records — an independent record label best known for its emo-adjacent output — they still tended to land on rock bills more than anything else, and somewhat to their chagrin, the “emo” tag was starting to stick. Ever since 2017’s “Verse,” they’d found themselves on the receiving end of a steady stream of comparisons to the band American Football.

“I understand why people compare us to American Football, but I can’t tell you the name of another song besides ‘Never Meant,’” says vocalist-guitarist Chris Lee-Rodriguez over a Zoom call, a note of protest in his voice. “When music writers compare us to them, I always feel like it’s lazy because you hear some clean guitars and a trumpet and some, like, sad vocals.”

Their point of frustration is less about the sound itself and more about the way the comparison sometimes feels like it implies a trajectory, influences and aims that have little to do with the band’s own. They’re working toward something more ambitious, expansive and turbulent, layering synth, trombone and flugelhorn with ambient gusts and complex drums. And then there are the vocals, an exploration of contrasts — brash and serene, jagged and smooth — split between Lee-Rodriguez and keyboardist Michi Tassey. It’s a lot of sound from a lineup of just four people, rounded out by drummer Sander Bryce and one-man brass band Matt Hull, but for Really From, that intricacy is everything. Any blunt description, comparison or otherwise, is bound to fall flat.

The band’s upcoming self-titled album, which comes out March 12, makes that especially clear. It’s their third full-length release, but it doubles as a freshly focused declaration of the artistic direction the band has been honing over the past seven years, unpacking the complexities of identity and culture. It’s their first album under the new name; up until 2018, they’d been known as People Like You.

“I can’t tell you why we changed our name, but I can say that we were in a situation where we had to,” Lee-Rodriguez says. He’d already been using “Really From” for other personal outlets — a poetry chapbook, a Twitter handle — but he recognized its potential to mean more to the band, a majority of which is made up of people of color. “I know I have received that question and everyone else has received that question, ‘Where are you really from?’”

By the time they renamed themselves, the group had transformed from its earliest days. Back in 2014, Lee-Rodriguez, Bryce and then-bassist Sai Boddupalli had started People Like You as a trio, fresh out of Berklee College of Music and fresh off the post-graduation split of I Kill Giants, their beloved math-punk band. They’d set out to pursue their own take on jazz, inching away from punk territory on 2014’s sharp and scrappy “This Is What You Learned” and rounding out their sound on 2017’s “Verse” with the addition of Tassey and Hull. It was a warmer, more elaborate album: Tassey’s crisp vocal melodies and Hull’s brass flourishes were a striking foil to Lee-Rodriguez’s occasional craggy holler. But over the course of “Verse,” their songwriting process evolved: “My bandmates were like, ‘hey, we love your songs, and we want you to write more,’” says Tassey. “At the time, Chris was kind of the primary songwriter, so we did have to sit down and have a conversation as a group, like, ‘How does everyone feel about this?’”

As they set out to write the album that would become “Really From” near the end of 2017, they were all ready to shake up their approach. (“I was getting antsy about our writing process,” says Bryce.) But it also came as a risk: four intensely opinionated Berklee grads, the sudden removal of an established creative dynamic, endless opportunities to bruise egos.

It helped that the foursome was united in its vision for their third album. On “Really From,” they take on that fraught question — “Where are you really from?” — in all of its meanings, seeking answers only for themselves. Lee-Rodriguez says that the way he interprets it varies based on the circumstances: “If you’re white and you’re asking someone that, you’re saying ‘Your answer does not suffice my perception of you.’ It’s otherizing of a person. If you’re a BIPOC person, especially Latinx and Asian people who ask me that — ‘where are you really from?’ — they’re like, ‘Oh, you’re not white, you must be like us, because we don’t feel like we’re from here.’”

Really From’s self-titled album blows up the superficial subtext and opts for the broadest, most soul-searching interpretation. It’s a rebuttal to the most presumptuous version of the question, but it also offers Lee-Rodriguez and Tassey’s deeply personal reflections on the ways culture, family, trauma and others’ expectations all come together to shape identity. Songs are anchored by ideas of physical place (“Apartment Song,” “The House,” “I Live Here Now”) but they’re more interested in mapping precise emotions.

The most direct response might come in the form of “I’m From Here,” a track that continuously reinvents itself with rock rhythms, warbling horns and synth. Tassey’s vocals wind through the second verse, recounting her upbringing (“I was raised by the shoes left at the door/ I was raised like my mother was before”) and at what might be the climax of the album, Lee-Rodriguez sings: “I’m from a whole of different parts/ I’m from weary souls and broken hearts,” and later, “If you ask me where I’m from/ I’ll say the rage, the lights the sea/ I’ll say the pain passed down on me/ And when you say it’s not enough/ I will pretend it won’t get to me.” They aren’t trying to make a universal statement. Instead, the songs weave together two deeply personal narratives, sometimes echoing one another, sometimes diverging, existing in a delicate balancing act.

“We make a lot of jokes that some of our songs on this album sound a lot like ska,” says Hull. It’s a bit of a stretch, but he and Lee-Rodriguez bonded over their love of the genre, and the world of rock-adjacent bands that incorporate prominent brass is a relatively small one. “There isn’t a whole lot to reference in writing trumpet parts or trombone parts for music like this. You just have to sort of feel out what works and what doesn’t,” he says.

Over various Zoom calls, the band makes it clear that the album’s impressive cohesion was hard-earned. “There were definitely a few struggles throughout the process,” says Bryce. Song ideas had to be sacrificed to make everything flow together, which created occasional moments of tension. Tassey had just released her own solo album and started a new job as a music therapist, which required her to learn decades of music from the early- and mid-1900s. By the time she tried to start working on songs for “Really From,” she felt burnt out.

“During that time, I was angry with music, frankly. I felt like it was just wearing me down,” she says. There were limits to how much they could achieve by collaborating, in some cases. On songs like “Yellow Fever,” which she wrote about dealing with fetishization as an Asian woman, the subject matter was too specific and personal for other members of the band to weigh in directly. Writing sessions relied on asking each other the right questions.

“The way that I think about writing with Chris, it’s like asking a friend for a ride. You know, you’re like, ‘hey, I’m stuck and I need to get somewhere,’ and he’s like, ‘I got you. Where do you want to go?’” she says.

Bryce notes, “We’ve been learning to communicate a lot better and be more open to each other and understanding of where we’re all coming from.”

Right now, due to the pandemic, it’s tough for the band to plan too far ahead. In the immediate future, there’s the album release, and the debut of the “Really From” interview podcast Lee-Rodriguez has been working on, and then hopefully vaccines and touring before too long. And there’s the hope that they’ll see a lot of new faces in the crowd at future shows: In January, an endorsement from popular ska-centric TikTok account Skatune Network sent tens of thousands of new listeners the band’s way. But for now, they’re just trying to appreciate some downtime and rest up for whatever’s coming next.

“This year has been about slowing down and sometimes taking that backseat and leaning on your team, your bandmates, and helping them see their visions through,” says Tassey. “As creators, we feel pressure to be constantly outputting material, and sometimes there’s nothing there to output. You have to be still and be silent while your body and your brain and your spirit recharge.”