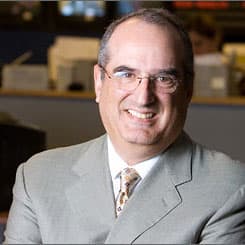 Charles Kravetz was the general manager of WBUR, the NPR radio station licensed to Boston University. WBUR is widely regarded as one of the leading NPR stations in America. WBUR originates four nationally distributed programs: Car Talk, On Point, Here & Now, and Only A Game. It has been honored countless times, most recently winning the Edward R. Murrow Award for the best radio station in America.

Before WBUR, Kravetz was the president and general manager of NECN (New England Cable News). He oversaw the largest regional news channel in America, reaching 3.7 million homes in all six New England states. He also oversaw the creation and growth of the network’s newsroom as vice president of news and station manager into one of the most distinguished and honored television news organizations in the United States.

NECN is the only regional cable news channel ever to win the George Foster Peabody Award and the Alfred I. DuPont-Columbia University Broadcast Journalism Award, the highest honors in the television news industry.