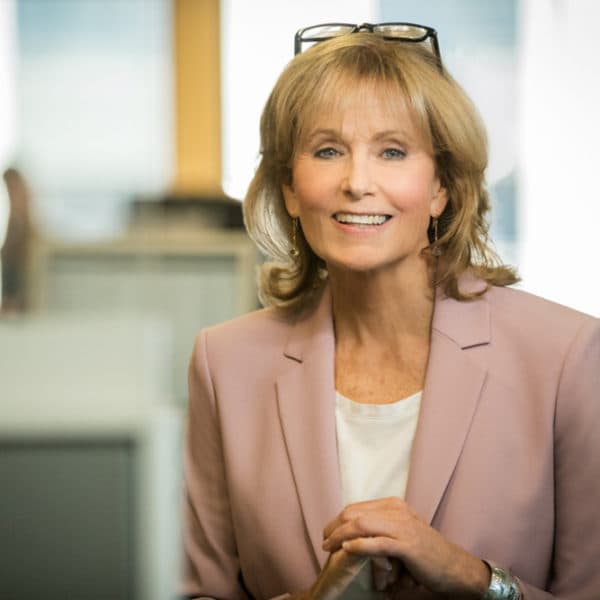 Robin Young brings more than 25 years of broadcast experience to her role as host of Here & Now. She is a Peabody Award-winning documentary filmmaker who has also reported for NBC, CBS and ABC television and for several years was substitute host and correspondent for "The Today Show."

As an independent documentary filmmaker, she produced and directed the opening film for Marion Wright Edelman's White House Conference on Children and followed the rise of then unknown filmmaker John Singleton in the film "Straight From the Hood."

Her documentary "The Los Altos Story," made in association with the Rotary Club of Los Altos, California, won the prestigious George Foster Peabody Award and is now the backbone of a worldwide HIV/AIDS awareness initiative.

She has had an eclectic career in broadcasting, serving as second director on Boston Bruins and Red Sox telecasts, was one of the first hosts on the groundbreaking television show "Evening Magazine," and she's pretty sure she's the only Peabody Award-winner who has also hosted a cooking game show! (Yes, that was Robin on the Food Channel's "Ready Set Cook!" When they cast their vegetables and vote? That was Robin's idea!)

Robin was born on New York’s Long Island, attended Ithaca College in upstate New York and has lived and worked in Manhattan, Washington, D.C., and Los Angeles, but Boston is her hub.