If you have ever been a caregiver, you might have wondered: How much can you give of yourself before it’s too much? And what do you do when you reach your limit?

Tara Ebrahimi gets at those questions in her piece, “A Sister’s Comfort, If Not a Cure.” It’s read by Nazanin Boniadi, who stars in the new movie “Hotel Mumbai."  It is playing now in select theaters, and nationwide on March 29th. 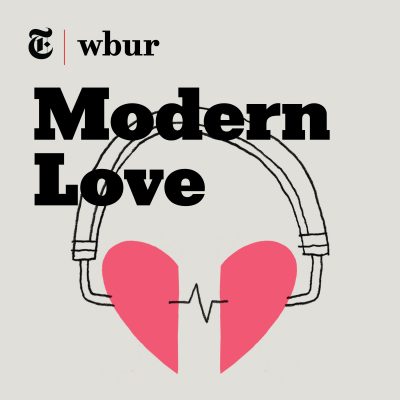 Takkin lives with his father in Virginia, and has for the past decade. He has helpers who tutor and mentor him, but he has struggled to hold down a job. And since this piece came out, Tara has moved to Chicago. She recently went to court to become one of Takkin's legal guardians.

"Myself, my father, and my mother are all co-guardians," she says. "Which is not only a legal responsibility, but it’s also the kind of responsibility where you can no longer say, I’m going to live my own life. My life is now incredibly entwined with his, and will be for the rest of my life. That’s obviously a tremendous responsibility and a tremendous burden."

Tara does visit her brother often, and sometimes spends long stretches of time with him to help take pressure off their father.

"Just last summer in July I spent two weeks in Virginia, just me and him, and it was definitely the hardest two weeks of my life," Tara says. "He struggles with severe agoraphobia now, but he also has severe ADHD. So you’re in this really tough place where he gets bored really easily because of his ADHD, and he can’t entertain himself."

Tara says that the bottom line is that her brother isn’t going to have the kind of life that she would want for him.

"He has moments of happiness and joy here and there, but frankly they are few and far between. I think his life is a hard one," she says. "He wants a girlfriend, he wants a job, he wants friends. These are things that he will never have. And I think part of dealing with the sadness that comes with that is acceptance and knowing that there’s not a lot I can do to change those things, but there are things that I can do to make sure that when I am with him, he is happy and having those moments of joy."

And Tara says Takkin's future is uncertain, especially now that her father is in his late seventies.

"I’m not entirely sure what’s going to happen," she says. "It’s a very scary thing for me. My plan is to bring him to Illinois where I live and get him into the mental healthcare system here and set him up in a group assisted living facility. That’s where he will be and I will be the one looking after him, but not the one providing that day in day out care. Because frankly, I’m not equipped to do that."

Tara isn’t sure how she’ll balance everything when she is married and has her own children. But she says, "Luckily I have a partner who is very understanding and knows that Takkin is going to be a huge part of my life forever. Because I’m not going to ever give up my brother."

In addition to her passion for the arts, Boniadi is a dedicated human and women’s rights advocate with a focus on Iran. From 2009-2015, she served as a spokesperson for Amnesty International USA (AIUSA) and continues to partner with the non-profit as an Amnesty International Artist of Conscience. In 2014, she was selected for term membership by the Council on Foreign Relations and in 2015, she joined the Board of Directors at the Center for Human Rights in Iran. Boniadi’s advocacy work has taken her to Capitol Hill, British Parliament, and most recently, the Bundestag.

Boniadi received her Bachelor of Science degree with honors in Biological Sciences from the University of California, Irvine. During her time at UCI, she received the distinguished “Chang PinChun” Undergraduate Research Award for molecular research involving cancer treatment and heart transplant rejection.

Tara Ebrahimi is a writer and editor whose creative work focuses on mental illness, family, and travel. She has an MFA in creative writing from the University of Washington and has been published in a few journals and online magazines. She is currently working on a book about her relationship with her brother. She lives in Chicago with her dog Ernie.