The second entry of a six-part series

BOSTON — Too much debt. Too much money being spent paying interest on that debt. Unsustainable.

It may sound like the national budget today, but the crisis was Bain & Company in the early 1990s. The Boston consulting firm was in deep trouble. Workers and clients were starting to jump ship. Mitt Romney was called in to save the day.

"There’s nobody that I can conceive of who could have come into that fractious situation, and pull that together," said Clay Christensen, a former Romney colleague who's now a professor at Harvard Business School.

As interim CEO of Bain & Company, Romney negotiated with banks to buy time. He convinced employees and clients to stay on. And most spectacularly, he won $130 million in concessions from the founding partners, including Bill Bain, the very man who brought in Romney to fix the mess. Christensen says it was Romney’s crowning business achievement.

"I know Nancy Pelosi very well and I know a number of the Republican leaders," Christensen said. "Pulling those guys together is a lot easier than pulling Bain together."

It was a remarkable political feat, considering that Romney built his career not on bringing people together, but rather on bringing companies in line. In 1984, Romney was chosen to run a spinoff venture of Bain’s consulting business — not because he was a consensus builder, but because he was a tireless pragmatic.

"Mitt’s a guy who goes and goes and goes all day long," said Geoffrey Rehnert, who worked with Romney from the very start at Bain Capital, Bain & Company's then-new private equity firm.

"I’ve never worked harder in my life," Rehnert remembered. "I think the first four years at Bain Capital, I took one week of vacation. Not one week per year, one week in a four-year period."

On the surface, Romney’s team did what other management consultants did. They’d look at a company, go through its books, find out everything they could about it and its industry. They'd even count cars in the parking lot of competitors to figure out how many people worked there. Rehnert says Romney was ruthlessly data-driven.

"Dive into the detail," Rehnert remembered of Romney's capability, "to the point of building models, reading legal documents, drawing slides, taking notes, and then he could zoom right back up to 50,000 feet and look down and see the big picture."

And then decide what to do. What made Romney a millionaire hundreds of times over was the fact that Bain Capital owned these companies. The venture wasn’t simply a consulting firm that wrote a report with a list of recommendations, hoping the client company would follow through. It made the company follow through.

"He’s a very self-confident problem-solver and deal-maker, too," said Walter Kiechel, who wrote a book on management consulting, “The Lords of Strategy.” He says at the time Romney was running things, the American corporate landscape was ripe for improvement. A lot of companies were basically coasting. They were not focused, and they were poorly managed.

"One of the most common problems was that companies didn’t really understand their own costs," Kiechel said, "as surprising as that may sound."

Romney’s operation at Bain Capital employed different strategies to make its acquisitions more profitable. It would sell peripheral business units and concentrate on the cash cows. It would close down operations that were losing money. Sometimes, that meant bringing in a new CEO to get things in order. Sometimes, it meant laying off people.

What was pragmatic in the business world hurt Romney’s political world. Workers pink-slipped at an Indiana paper plant came back to cost him his 1994 bid to be U.S. senator from Massachusetts. 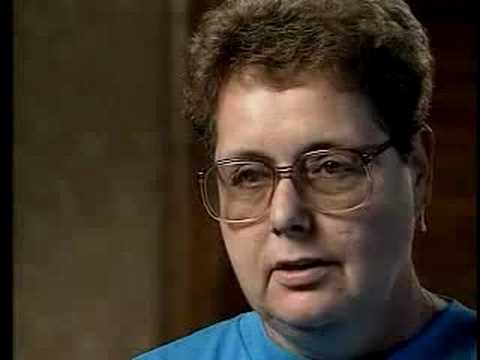 Today, when jobs is the No. 1 issue, Romney’s cost-cutting legacy could cost him his next election. But Romney's former Bain colleague Rehnert considers that unfair. Rehnert says the Rust Belt is now riddled with manufacturers and companies that have bit the dust — without Romney touching them.

"It is not and was not private equity’s fault," Rehnert said adamantly, "that there were sectors of the U.S. economy that were poorly managed, poorly run and unable to compete in a global economy. Private equity actually saved a lot of those companies from going bankrupt."

Romney has been selling his private equity pedigree on the presidential campaign trail.

"In business, you have no choice," Romney said at a recent stop in Exeter, N.H. "You must be fiscally responsible. If you don’t balance your budget, you go bankrupt."

It doesn't take much to hear the corporation turnaround specialist.

Romney’s critics say politics is different from private equity. They say running a country is not like running a company. But Romney thinks it shouldn’t be so different — that that nation’s problems can be solved pragmatically, by starting with the data.

Mitt Romney would like the chance to turn it around.