If you're a reader of a certain age, the way your chemistry teacher taught you about acids and bases may have been heavy on textbooks and lectures. But that's not how it's taught in this online video: 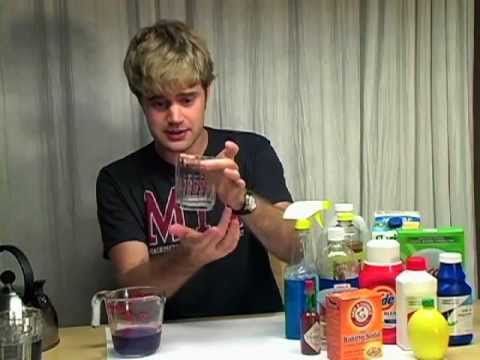 "Let me show you a magic trick. This might look like an ordinary kettle — but it's a magic kettle. And it's magic because it will pour any color that I ask it to. Oh, you don't believe me? Check this out!"

The narrator is MIT doctoral student Tyler DeWitt, who has a big grin on his face as he pours a clear liquid into a row of beakers. But as he pours, the liquid transforms into a rainbow of colors. DeWitt made this instructional video as part of a project called MIT+K12 in which MIT pays $1,000 for each video that students create.

"So I bet you're wondering how I did that," DeWitt says in the video. "Well, I'm going to teach you the science behind this magic trick and then I'm going to show you how you can do it yourself, at home."

The MIT students can make videos on whatever topics they want, and they aim them at kids in kindergarten through high school — but this is still MIT, so don't expect the teaching to be too dumbed down. A case in point is this video explaining how the Greek scientist Archimedes measured density to tell whether a crown was made of pure gold: 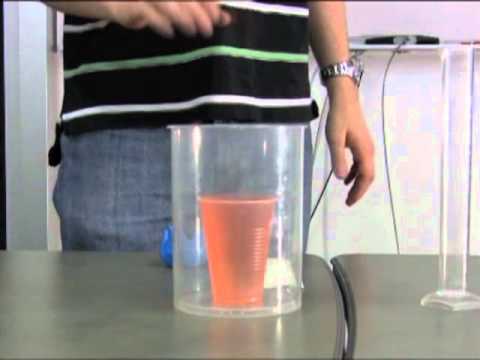 The videos are available for free through MIT's website and YouTube, where they've already been viewed over 120,000 times. Free online learning and its potential to democratize education isn't a new idea, of course. But this isn't big-budget, highly produced work. In some of the videos, the hand-held cameras shake and wind noise batters the mics. In fact, the dean of MIT's school of engineering, Ian Waitz, says at least half the videos in the first batch last summer had things wrong with them, like inaudible sound or too much technical jargon.

"Some of students emulated the MIT faculty with a little bit too much talking at a chalkboard to explain things," Waitz recalls, "which is not interesting when you're watching it on YouTube, frankly."

Some of them were also too long — up to 30 minutes. But by trial and error, Dean Waitz says, the videos improved, although they've kept their non-professional charm.

Remember Tyler DeWitt, the magic kettle guy? He decided not to read from a script because the more polished a video is, he said, "begins to look more and more like the educational videos that are shown in classrooms that kids don't particularly like because they're so contrived and scripted and well-produced."

What MIT says it's aiming for are homemade-looking videos that appeal to today's young people. For grad student Ally Anderson, her video gave her a chance to improve on the uninspired way she was taught why leaves change color in the fall.

"I had step-by-step instructions saying, 'If you use this leaf you will see this' and then, 'Did you see it?' Great. Check mark. You know? As opposed to, like, 'Well, this leaf's a different color! So I'm going to add it, and that kind of thing,' " Anderson said.

Instead, she takes a very different approach. In her video explaining photosynthesis and pigmentation, she dresses like a giant leaf while perched on a tree branch on campus: 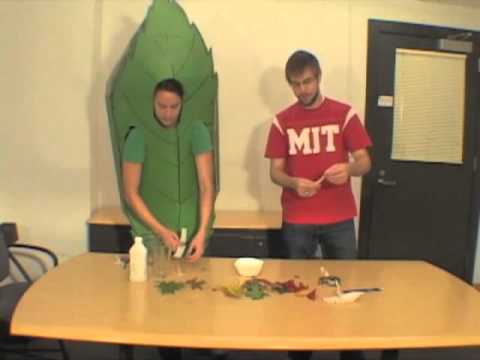 She's not the only student to costume up.

"We dressed up as rocks and played 'Rock Band' to talk about the rock cycle," said Aaron Johnson, a Ph.D student studying aeronautics and astronautics. "We made a cake to talk about the layers of the earth. We also did natural disasters and we did 'The Three Little Pigs,' and so we made a baking soda and vinegar volcano that erupted on the pigs."

You might be surprised to hear that some of the students say making the videos was an academic challenge. Because, as Johnson has discovered, it's one thing to understand a complex scientific concept well enough to succeed at MIT, "but then to go back and say, 'Well, why does that happen?' How can you explain that at a level that a sixth grader can understand? You sort of question yourself and say, 'Well, do I really know how that works in detail?' "

Schools can request certain topics, and some of the videos are also available on the website for the nonprofit Khan Academy, which has made thousands of instructional videos and is partnering with MIT on this project.

You can watch some of those videos, including one in which a student wears astronaut gear on the T to explain how close outer space is to Earth, and another where a goat jumps on a student's back during a demonstration of how much energy is in a bale of hay.