Republican presidential nominee Mitt Romney’s comment about consulting "binders full of women" is still going viral. His remark — said in the second presidential debate on Tuesday — about finding qualified people for his gubernatorial Cabinet has sparked a Tumblr, a Facebook page and jokes on late-night TV.

But in Massachusetts, the quotation is causing some head scratching among women who were involved in the administration’s search. 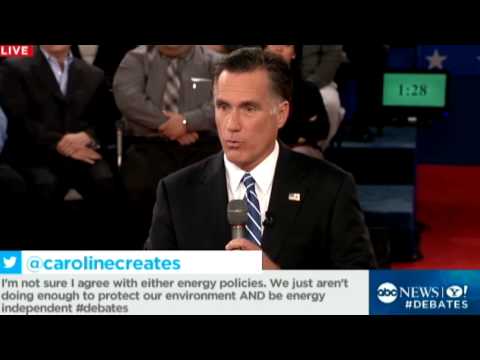 We took a concerted effort to go out and find women who had backgrounds who would be qualified to be members of our Cabinet. I went to a number of women’s groups and they brought us whole binders full of women.

Actually it happened a little differently, according to the Massachusetts Women’s Political Caucus. In 2002, it created the Massachusetts Government Appointments Project (MassGAP) to identify women for high-level government positions. Priti Rao, the executive director of the women’s caucus, says it was not at Romney’s request that they complied the binders full of women.

"The binder was a grassroots effort of a lot of women activists and volunteers that came together in an effort to go out and find and recruit and put forward the best women we could find for these various positions," Rao said.

"Both of those things are true," said Romney's lieutenant governor, Kerry Healey. She says he first reached out to his business contacts and then called MassGAP.

"He also engaged very actively with them to see the names that they had been collecting, both before the election and afterward in order to aid in that process," Healey said.

Healey says Romney found 20-30 percent of his female appointees from the MassGAP list. The way MassGAP counts it, 42 percent of Romney’s new appointments were women.

But Boston Phoenix political writer David Bernstein says percentages can be misleading. He says most of the roles given to women, aside from lieutenant governor and chief of staff, were in departments or agencies Romney didn’t care about.

"When you look at some of the key ones that matter to him — the head of administration and finance, who is really in charge of the budget for the governor, two men, commonwealth development was two men," Bernstein said. "Transportation, [a] very high-profile department, and again that was led by men."

And Bernstein says most of these men were people Romney knew while he worked at Bain Capital. According to The Boston Globe, Bain Capital had no female partners during Romney’s time there.

Healey, who is now a special adviser for the Romney campaign, says it's unfair to say Romney didn’t appoint women to important roles.

"How is it that these jobs are not important and influential jobs within our administration?"

Romney is now highlighting the role of women in his Massachusetts administration in a new video. It features three who served in his Cabinet, including Ellen Roy Herzfelder, former secretary of environmental affairs.

"He totally gets working women," Herzfelder says in the video, "especially women like myself who had two young kids."

This ad makes it clear women voters are crucial in this election. Both Romney and President Obama are working hard to win them over.

No word on whether either is compiling "binders full of women" who could work in the White House.