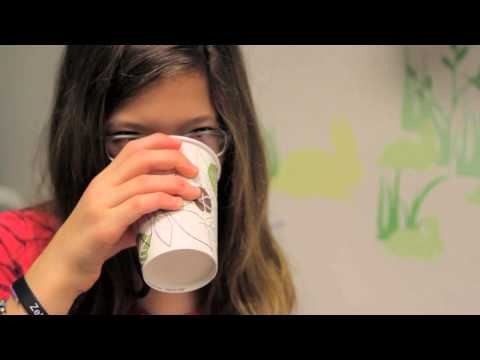 This is the final installment in a special CommonHealth/WBUR series, The Life of Riley: A Rare Girl, A Rare Disease. It’s the story of Riley Cerabona, a remarkable ten-year-old girl born with an incurable, one-in-a-million disease that creates increasingly aggressive “lumps and bumps” on and in her body. So far, the only treatment for her disease, CLOVES syndrome, has been surgery. But this year, at Boston Children’s Hospital, Riley began taking an experimental drug in hopes that it would help her. See the full series here, and the introduction here.

Something was wrong. Riley was limping and her legs felt oddly tired, weakening; they tended to buckle when she took a step.

Could it be the sirolimus, the experimental drug she was taking? Would she have to drop it? Or was it yet another dangerous growth in her spine, caused by her exceedingly rare disease? Would she need one more risky operation?

Late summer was a time of dread for the Cerabona family. But MRIs of Riley's brain and spine showed no new growths, and blood work suggested that the leg weakness was likely caused by an elevated muscle enzyme. The weakness passed, yet another threat averted — yet another dip and swoop in a roller-coaster year that has, overall, been an unusually fine one.

Riley sums up: ""It was a good year. This year I had fun, did stuff like surfing, drama called River Glee and boogie boarded and skiied, hung out with friends and didn't have any surgeries. Life to me is like a brownie. Because you eat it slowly and you savor it. And if you savor it there will always be a bite left. (Plus a brownie is one of my favorite foods)."

Indeed, unlike so many past years, Riley underwent no major surgery and needed no extensive rehabilitation. No twisted nest of malformed blood vessels infested her spine and threatened her life; no huge pouch of lymphatic fluid swelled on her torso. And earlier this month, in a small exam room at Boston Children's Hospital, she happily downed her last dose of the viscous sirolumus (si-ro-LI-mus) that has marred mealtimes for almost a year, and stuck out her tongue one last time at the nastiness.

After 48 weeks, her time on the sirolimus trial was over, and that juncture required a decision: Would she remain on the drug, apart from the study?

It might seem like a no-brainer: She had a good year on the drug; stay on it. But it is not so simple.

"The hard thing about this is that you don't really know," Marc Cerabona, Riley's father, said. "And we knew this at the beginning, going into it. We don't know if she had a good year because of the sirolimus or if she was just going to have a good year this year anyway. But the bottom line for us is, she had a good year and there were no significant side effects. So if there’s a chance that was related to the sirolimus, then why not stay on it? The doctors want to hear a compelling reason to stay on it; we almost want to hear a compelling reason not to be on it."

Dr. Cameron Trenor, the Children's specialist overseeing Riley's trial here: "This is the problem in rare diseases — that everything is an unknown. That's not talked about a lot. Families live with it every day, so they know it very well, and in pediatrics dealing with rare diseases, I guess we get a little used to it, but everything is new. And the tendency, which is just human nature, is to expect whatever happened to your last patient to represent the whole story, but I can tell you lots of cases where that's not true. And it's a real challenge in rare diseases, living day in and day out with the unknown."

After weeks of discussing it, Riley's parents and her medical team agreed: She would stay on the sirolimus "off-label," meaning the medication would be used for non-FDA-approved reasons — if, that is, she showed that she could gain weight. Her weight had plateaued over the last year, and that is worrisome in a growing child.

Riley was weighed at her Children's visit, and the news was reassuring: Up two pounds over the last three months.

"Yes!" she exulted with a fist-pump. She could keep taking the drug, and she would even be able to switch over to a pill form, rather than liquid.

Kristen Davis, Riley's mother, says the plan now is for Riley to continue on sirolimus for another year, assuming no significant issues with weight or side effects, and no MRI findings of concern.

She and Marc pushed for continuing the drug, Kristen said, but she also understands the medical team's caution: "It’s their job to think about safety and the long term — and it is a growth inhibitor, and how does that affect people who are entering puberty?"

If Riley remains on sirolimus long-term, Dr. Trenor said, it may make sense to stop it at some point to see what happens; sirolimus is FDA-approved as an immune suppressant after transplant operations, and is not a "forever" drug for patients with diseases like Riley's until there is better data, he said.

But it is hard for Riley's parents to imagine stopping it if there's a choice, even if that is the best way to know if it is working.

"If you stop it and something happens, well, her 'somethings' are very scary," Marc Cerabona said. "So I understand the idea behind that and that makes a lot of sense, but if we were talking about something less problematic it might make more sense to me, as opposed to spinal surgery. I don't think that should be the checkpoint."

Dr. Trenor says the team working on the sirolimus trial with Dr. Denise Adams at Cincinnati Children's hopes to finish the trial and interpret its results by the summer of 2014. The study includes patients with 11 different rare diagnoses, and cannot prove for sure that sirolimus works in any one of those groups. But it should provide valuable data about the safety of the drug for all of them, and point the way toward future clinical trials and improved care, he said.

This is an exciting time for CLOVES research, he said, with its genetic basis recently identified and progress on treatments — and yes, sirolimus could work long-term in CLOVES, he allowed. But "I just don't want to put the cart before the horse. I'm sensitive to the fact that we really have no idea what the long-term side effects are, especially in growing kids. And I'd like to see a lot of benefit to be willing to do that."

So it's wait and see? 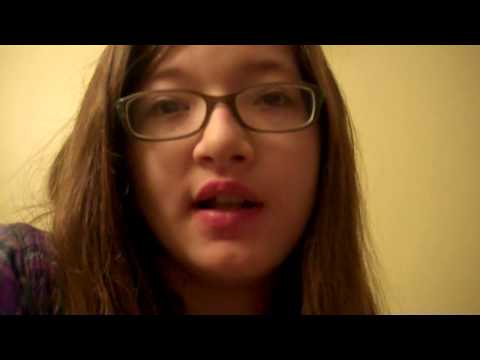 This program aired on December 28, 2012. The audio for this program is not available.