For three years now, students across Massachusetts have been climbing on the scale while school nurses record their height and weight. It took a while to get all districts on board with this project, but now the state has the first somewhat scientific report on how many kids are overweight or obese in Massachusetts: 32 percent.

Cheryl Bartlett, a nurse who runs the Bureau of Community Health and Prevention at the Department of Public Health, estimates that’s about double the number of children who were overweight or obese 15 to 20 years ago. And that means an increasing number of children face a lifetime of debilitating diseases.

"We know that overweight is driving the rates of diabetes type 2, and we’re seeing high blood pressure in young children," Bartlett said. "This 20-year trend is a change in our social norms. We’re more sedentary, we eat more processed foods."

"We knew that this was an epidemic that was not just in Fitchburg. We had to come up with a strategy and not just try to throw Band-Aids at the problem."

"With the fact that every year we were seeing increases in overweight and obesity, we were hopeful that we would see a leveling off. So to actually have seen a decrease is fairly significant with this type of approach," Bartlett said.

One of the communities seeing a decrease is Fitchburg, a former mill town 50 miles northwest of Boston. In 2009, 46.2 percent of kids there were overweight or obese, the second highest rate in the state. Mayor Lisa Wong called the issue a public health emergency.

"We knew that this was an epidemic that was not just in Fitchburg, but really around the country," Wong said. "We had to come up with a strategy and not just try to throw Band-Aids at the problem."

But when Wong asked the city council to sign off on a $60,000 Mass in Motion grant that would commit Fitchburg to a childhood obesity plan of attack, she encountered resistance.

"It almost got rejected through the city council," Wong recalled, "because they said, 'Why is it government’s responsibility to deal with childhood obesity?' "

City councilors were, in the end, persuaded to apply for the grant. Fitchburg got it and launched a city-wide campaign dubbed FUN N' FITchburg. In 2011, the city’s childhood obesity rate dropped to 40.9 percent. While still high, that's an actual decrease of 5.3 percent and a relative decrease of almost 12 percent in two years.

How Did Fitchburg Do It?

The change begins in daycare centers and preschools with songs about the power of brightly colored fruits and vegetables. At snack time, preschoolers drink water, not juice. Children of all ages are planting community gardens and the city has hired teenagers to spread the word about healthy living among their peers.

"We used to go to their meetings at City Hall," said 16-year-old Mari Perez-Cruz who started working on the anti-obesity campaign two years ago. "We were confused because it was like a bunch of adults and we were just there, just sitting there, listening and we had no idea what they were talking about."

Then Perez-Cruz had an epiphany.

"It was a training that I will always remember about the fast food burgers, how they made it bigger and fatter, the muffins and the doughnuts and all that, how they doubled the size," Perez paused, grimacing at the memory. "When you think about it, it’s nasty."

Now Perez-Cruz is on a crusade against sugary juices and her friend Ana Herrera, also 16, has become an around-the-clock nutrition adviser.

"A lot of my friends, since they know what kind of job I have, they always text me," Herrera  said. They say, "I have this and this and this, what do you think I should get and I’m like, well, it depends on what you ate earlier."

The Impact Of School Food

What Herrera’s friends ate earlier would likely depend on what they had at school, says Jill Lucius, nutrition director for Fitchburg schools.

"We are having an impact," Lucius said. "[Because] we serve breakfast, lunch, after-school snack and now supper."

Yes, supper at school. It's limited to kids who are in an after-school program that includes studying or tutoring, but 75 percent of Fitchburg kids get a free meal of some kind. What those meals look like has changed a lot recently.

"We haven’t served cookies on the line in five years," Lucius said.

Instead, elementary, middle and high school students have a lesson about fruits and vegetables and then try them.

"Things like kumquats, kiwi, jicama, broccoli, green beans, in a very safe environment. We do it in the classroom so that they don’t feel stressed," Lucius explained. She said they don't want kids worrying they will go hungry because they don't like the food. "We haven't had a revolution," she said.

"I’m sure you hear all the talk about, we’re not feeding the kids enough," Lucius said, shrugging her shoulders. "Really what has changed is the amount of grain that they’re getting. Because at the high school we might have given them two cups of pasta, now we can only give them one cup. So that’s where they see the dramatic change."

Not Just For Kids

Changes designed to help residents eat healthier meals and exercise more are happening all over Fitchburg. There are tours through supermarkets to help new moms read food labels. Police have shifted patrols to improve park safety. Parents and businesses are adopting the upkeep of parks. Fast food trucks must offer healthy food choices, selected by kids who have taste-tested the options. Seventy-five groups and individuals have joined the FUN N' FITchburg coalition, including Claire Breyton, a naturalist with Mass Audubon.

"We took a bunch of fifth grade classes up to the North County Land Trust land," Breyton said. "A lot of these kids were urban, overweight, not used to being outside at all. A lot of them were complaining that it was a really hot day."

Breyton finished her program at the top of a trail. On an impulse, she started running down the hill. "I got all these kids to run down this path, fast and then I heard behind me, 'This is so fun.' "

Making The Healthy Choice The Easy One

Kids, running down a hill in the woods, maybe for the first time. But keeping up the momentum — so to speak — in Fitchburg, may be difficult. Just last month, as Fitchburg recorded the latest round of height and weight to determine the body mass index (BMI) for each child, school nurses, including Debbie Mayo, also asked each student how they spend their time outside of school. 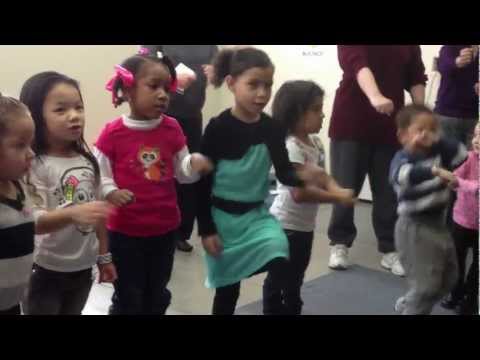 "A weekend day, they may spend the entire day on screens," Mayo said, shaking her head. "It just brings it home how important this is, because screens are in their face even more than when this was first developed. It’s everywhere."

And so are the sugary drinks and junk food that tempt kids every day. Some city leaders say it’s time for the state and federal government to make buying or selling unhealthy food more difficult.

But in Fitchburg, where there are 500 fewer kids who are overweight or obese than there were two years ago, the community is proving that it can work together to reverse what some public health leaders call an epidemic in childhood obesity.

They don't stigmatize, Mary Gianetti says, a lead organizer for FUN N'FITchburg through the Massachusetts Opportunity Council. The key, Gianetti says, is making the healthy choice the easy choice.