For more than four decades Gerald Peary has been immersed in all aspects of Boston film culture, but he’s never acted in a motion picture. Nor had Peary attended the reputation-precedes-itself Sundance Film Festival, held here in mid-January.

That all changed last week with the world premiere of Andrew Bujalski’s "Computer Chess," in which Peary plays the self-assured host of a man-versus-machine chess competition set in a run-down hotel in the early 1980s.

Peary, a seasoned critic, professor, curator, and filmmaker, said he was “freaked out” to see himself onscreen for the first time in such a charged setting and that he intentionally waited till later in the festival to watch “Chess” with “sincere people who like movies and are not there for the Sundance scene.”

Largely improvised and shot on pre-VHS equipment, “Chess” marks a thematic and technological departure for Harvard alum Bujalski, who is known for his 16mm mumblecore dramas “Beeswax,” “Funny Ha Ha,” and “Mutual Appreciation.” In one scene Peary’s character smugly points out the participation of the first “lady” computer programmer with an absurdist humor indicative of the whole movie: “She’s over there in the corner,” he says with an awkward arm gesture. “Welcome.”

Sundance is one of a handful of discovery festivals in North America. It’s divided into several sections from the meaty, in-competition features, to the edgier “Next” category for work like Bujalski’s. Almost every film is a premiere and cast and crew are on hand for as many as six screenings throughout the week to answer audience questions. Celebrity parties and film sales peak during the first weekend, when producers and distributors meet behind velvet ropes to trade horses. “I’ve heard that by Monday all the Hollywood people have left,” said Peary. 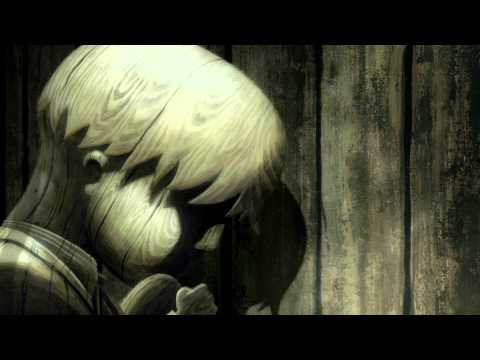 Providence-based filmmaker Daniel Sousa returned to Sundance for the second time with an animated short film. Over several summers, Boston and Providence college students helped Sousa create the hand-drawn characters and painted backgrounds for “Feral,” about a wild boy who resists civilization. Though he’s used to navigating smaller festivals dedicated to short format like Ottawa International Animation Festival, Sousa has noticed that since getting in to Sundance his “rate of festival acceptances has been higher.”

Sousa’s favorite event featured just his film shown to about 100 high school students who he said asked about his film’s symbolism, the technique he used, and where he got the idea for the story. “Animation can be such a mysterious thing for a lot of people. I tend to invent my own method,” said Sousa. And because a lot of animators don’t know how he gets his results, he posts short videos about his process online.

The hundreds of film festival programmers who attend Sundance to scout films for regional festivals tend to keep their preferences to themselves until they confirm their own line-ups. Independent Film Festival Boston’s (IFFBoston) program director Adam Roffman and colleagues Nancy Campbell and Brian Tamm watched more than 50 films, looking for what Roffman called “the strongest 10 percent” to bring to IFFBoston in late April. Will “Computer Chess” or “Feral” be among them? One can only speculate, though films by both Bujalski and Sousa have been featured in the past.

Roffman, who attended Sundance for the 12th consecutive year, said he’s not programming “based on what sells for the most money or what Sundance jurors think are best films.” Instead he’s looking on behalf of a Boston audience that he called “less conservative and much younger” than those who typically attend Sundance. IFFBoston invites about as many films from SXSW, he said, and the team also scouts at Toronto International Film Festival and regional festivals throughout the year. 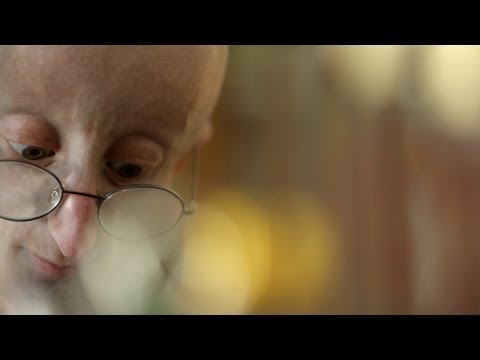 Some films with local ties arrived at Sundance with major broadcast plans in place. “Life According to Sam,” a documentary about how a Foxborough family has tackled the exceptionally rare, fast-forward aging disease, Progeria, will air on HBO in October. In the film, main character Sam Berns speaks of his frustration when he “loses all of the things that make me me except for Progeria.”

After a public screening Berns appeared via Skype. Audience members asked how the filmmakers Sean and Andrea Fine gained his trust. “They made it clear they were going to listen,” Berns said, adding that it mattered to have crew members he felt “comfortable with as people.” Berns’s parents, Dr. Leslie Gordon and Dr. Scott Berns made a surprise entrance (they were sitting next to Sam) via Skype—Scott to wave hello and Leslie to field technical questions about her medical research to find the first-ever treatments for Progeria, a main storyline in the film.

Area locales appeared as the backdrop for films like "The Way, Way Back” (shot in Marshfield, Onset, and Wareham last summer) or at the home of characters like Rev. Kapya Kaoma in larger stories such as “God Loves Uganda.” Indeed, once you start asking around, there’s no end to how many people at Sundance can trace their way back to New England. MIT professors and students were featured in a panel at the “New Frontier” section and Andover-based Laura Bernieri attended Sundance as the executive producer of “Mother of George,” which picked up a cinematography award as well as a distribution deal with Oscilloscope Laboratories. Cape Cod native Robert Berger premiered the 3D film version of “Charlie Victor Romeo.” Theatergoers may recall it as a play based on real-life plane disasters performed at ART’s Zero Arrow Theatre in 2006.

Whether filmmaker, programmer, or first-time actor, Sundance is a lot to take in, and though Peary only saw one other film while in Utah, he said he knows “Adam Roffman is there picking films, he has great taste, so what he brings to [IFFBoston] will be great.”

Erin Trahan edits The Independent, an online magazine about independent film, and is moderating the spring series of The DocYard at the Brattle Theater through April 2013. Reach her at erin@erintrahan.net.

This program aired on February 4, 2013. The audio for this program is not available.