It’s so tempting to get nostalgic for the golden age of jazz. Who wouldn’t want to go back in time and spend an evening with one of the greats? Charlie Parker, for example, or Miles Davis, or John Coltrane.

But greatness isn’t all in the past. Future generations, I’m sure, will think the same thoughts about Branford Marsalis.

Don’t take my word for it. From Feb. 8 to 10, Scullers Jazz Club will be presenting “An Evening with Branford Marsalis.” Marsalis will be playing with his quartet (Joey Calderazzo on piano, Eric Revis on bass, and Justin Faulkner on drums), who recently released the CD “Four MF’s Playin Tunes.” They are a loyal group of extremely talented musicians and have something all jazz ensembles strive for — an “implicit trust” as Revis describes it. In their hands, a staple of good jazz is realized and explored in expert, satisfying ways. The artists make that sometimes elusive but all important dialogue between instruments seem effortless. They have a conversation when they play, bouncing musical ideas around, immediately responding to each other, building art in the moment.

They’ve built that trust over the years. Calderazzo’s musical relationship started with Marsalis in 1990 and Revis has been part of the quartet since 1997. Faulkner joined the group more recently in 2009, but is already an integral part of the ensemble.

Faulkner has done more than just settle into the groove. He brings a vibrant and youthful energy to the band. A Jazz Times review of “Four MF’s Playin Tunes” by Thomas Conrad stated “The extremely talented young drummer adds a certain spark that raises the quality of the music from the category of excellent to the rarefied air of the extraordinary.” In “Whiplash” (a track from the recent CD) Faulkner displays his ability to swing while keeping things interesting. He drives Marsalis’s and Calderazzo’s solos and then launches into his own engaging solo. See for yourself: 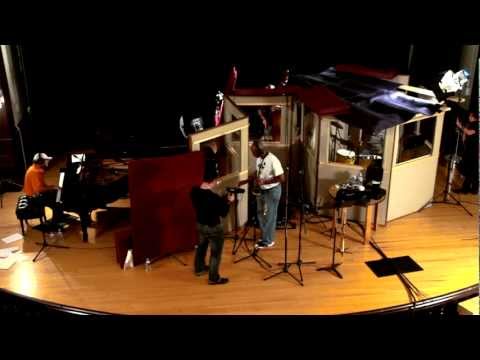 “Four MF’s Playin Tunes” is as fresh, exciting, and intense an album as I’ve heard in a while, featuring extended solos on a combination of original compositions and handpicked standards. What’s the secret? “We recorded the way they recorded 60 years ago.” Marsalis says in a promotional video, “They just brought those tunes in and played them...I wanna be like them!”

And why will people revere Marsalis? Few jazz saxophone players have achieved the recognition and played the range of genres that he has. Wynton often gets the lion’s share of attention but you don’t hear him “getting very post-Coltrane” as Ben Ratliff of the New York Times says of Branford. Just listen to “Endymion,” a track from the recent CD that Branford wrote. A melody without an apparent tempo or beat inspires a solo from Branford where key signature and form seem to be lost but vigor and buoyancy is not. As talented as Wynton may be, he’s earned his notoriety talking about jazz while Branford just plays the music.

Marsalis’s recent accomplishments are impressive: performing at the Democratic National Convention, receiving the NEA Jazz Masters award and an Honorary Doctor of Music Degree from the University of North Carolina. But with all the honors and as great as the CD is, the best way to experience his talent is with a small group in an intimate setting. Like the jazz greats before him, just playin tunes.

Claire Dickson is a 16-year-old jazz vocalist. She has received five Downbeat Student Music awards and is a 2013 National YoungArts Foundation honorable mention winner. You can see her at Ryles Jazz Club on Feb. 12. Her website is clairedicksonmusic.com

This program aired on February 7, 2013. The audio for this program is not available.