“They don’t get me yet,” Dorothy Shubow Nelson recalls the “proletarian poet” Vincent Ferrini telling her. “He knew that it was going to take time to have the space they needed to grapple with what he was about and what he needed to do. … He was a visionary. He could see the trouble we were in. We’re valuing the wrong things—money, fame, ego, narcissism. He understood that there was something about this culture and the way the government worked that wasn’t healthy for people.”

On Saturday, June 22, they’ll gather in Gloucester for a public celebration of the centenary of the birth of Ferrini, who died there in 2007 at the age of 94. They’ll talk about his life and his letters and his activism at the Cape Ann Museum, followed by a feast and an evening performance hosted by the Gloucester Writers Center, all of it an argument that Ferrini is worth remembering, that it’s time people got Ferrini.

Vincent Ferrini was born to Italian immigrants in Saugus on June 24, 1913, and grew up broke in Lynn. He worked in a shoe factory in the 1930s and at General Electric in Lynn in the 1940s. He educated himself by reading everything in the Lynn Public Library. He got addicted to words, but, his father warned, he was “from the wrong class” to be a poet.

When Ferrini wrote “15 years ago this city was the shoe hub of the world ... Today the city is a graveyard of factories” in his first poetry book, “No Smoke” of 1941, he spoke from Lynn experience. “You can feel the empathy he has for people who were suffering,” says Dorothy Shubow Nelson, who is organizing Saturday’s panel talk.

The miseries of the Depression radicalized him, leading to explorations of communism and union activism. But Stalin’s crimes against his own people soured him on the Soviet Union's brand of communism and other dogmatic ideologies. He moved to Gloucester in 1948, attracted by its fishing industry and its natural beauty. He opened an art framing shop, and became immersed in the city’s community of artists and writers. 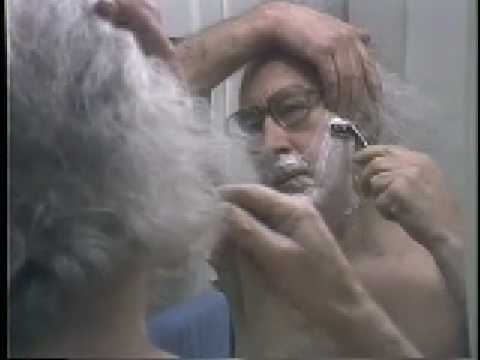 One might detect aspects of Beat writing in Ferrini's poems, but his romantic mystical civic engagement doesn’t fit neatly into the standard taxonomy of 20th century modernism. There remain debates about the quality of his poetic achievement. Fueled in no small part by the monumental poet Charles Olson, who sought him out in Gloucester, became his friend, and then cruelly enshrined Ferrini as the scapegoat poseur in his masterpiece “Maximus Poems.”

By the time Ferrini began his own epic series of poems about Gloucester, beginning with the publication of his book “Know Fish” in 1979, he could see a future in which Gloucester’s fishing industry went the way of Lynn’s shoe factories: “Once there were so many ships in the harbor/you couldn’t see the Ocean … now they unload from Foreign vessels morgue fishes.”

In Gloucester, Ferrini was a public intellectual and an oracle. He wrote about his city and spoke up at public meetings in favor of commercial fishing and preserving the working waterfront and against “urban renewal” and other stupidities. He made public pronouncements in the Gloucester Daily Times newspaper via letters-to-the-editor that were part social commentary, part visionary poem, part fiery rant. He kept at it until city officials realized there was nothing left to do but unanimously vote him the city’s first poet laureate in 1998.

In his last decades, Ferrini wore a trademark wide-brimmed hat and a whiskbroom mustache and a mane of white hair. He tooled around Gloucester in a tiny red compact Vincent-mobile and walked with a swagger. He seemed to speak out of the side of his mouth like a street tough. He made it known that he liked dancing. And the ladies.

Sometimes Vincent Ferrini embarassed people who seemed to want more decorum and less letting-it-all-hang-out. He was confounding and frustrating. He could be fresh. But he grinned like he was getting away with something and spoke in the incantations of a man laying the wisdom of the cosmos on you: “The center is the circumference.”

After he died in 2007, a group got together and bought his tiny house in East Gloucester and turned it into the Gloucester Writers Center, a public home for literary events and classes. It’s these folks who are behind this weekend’s Ferrini celebration, these folks who got Ferrini and want you to get him too.

“It came down to his philosophy,” says co-founder Anne Thomas. “There wasn’t a separation between life and art. And we can all be involved in the community. It kind of fired us up.”

This article was originally published on June 20, 2013.

This program aired on June 20, 2013. The audio for this program is not available.