What happens when a former U.S. poet laureate and a MacArthur fellow in music combine creative forces? We’ll find out Friday when Robert Pinsky and the Vijay Iyer Trio take the stage at Sanders Theatre for their collaborative endeavor POEMJAZZ, a work of improvisation that shirks prediction. But one thing, at least, is certain for the Celebrity Series of Boston concert — we can dispel any notions of Beatnik bongos.

These two heavyweights of the arts world, both local heroes, seem destined to have become collaborators. Iyer, whose polyrhythms unite every sound from electronics to string quartets, Michael Jackson’s “Human Nature” to Thelonious Monk’s “Epistrophy," has worked closely with writers in the past. His collaboration with rapper Himanshu Suri (of Das Racist) and novelist Teju Cole gave us the large-ensemble suite “Open City,” the work of no less than 18 improvisers. Iyer has a longstanding alliance with poet Mike Ladd, too. Together, they produced “Holding It Down,” music matched with lyrics culled from interviews with veterans of color from the Iraq and Afghanistan wars. 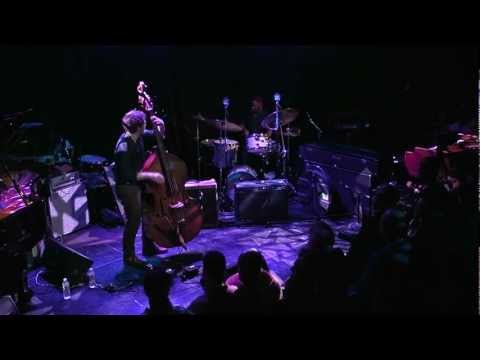 Pinsky is no stranger to jazz, either. “Angelic nurse of clamor, yearner, tinkler, dominator — O Elephant, you were for me!” he writes of "The Green Piano" of his youth, making ewes of the overshadowed furniture. For several years now, Pinsky has been performing on stage with jazz musicians. Not as the “sax man” he was once in his high school days, but as the great American poet he has become. Pinsky’s voice is his instrument. The sounds of his syllables lend their own rivulets of rhythm to the movement’s confluence. “Our building floated heavily through the cold / On shifts of steam the raging coal-fed furnace / Forced from the boiler’s hull," from "Window," seems made for music.

That’s the point. Pinsky doesn’t perform alongside jazz pianists like Iyer for dramatic flair. Don’t expect the Vijay Iyer Trio to transform his poems into jazz on stage, either. Instead, their syncopated sounds will play off Pinsky’s voice as though it were itself a horn, one part of an improvised whole. With bassist Stephan Crump and drummer Marcus Gilmore, look for a collision of rhythms for the body and mind to navigate. 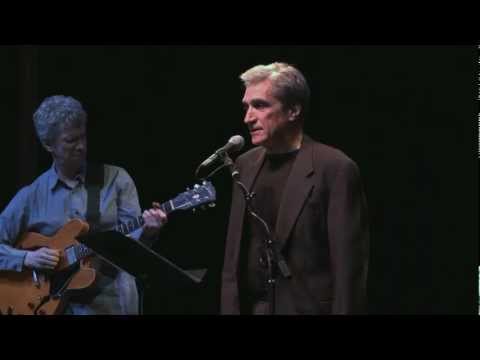 More than either artist’s history, that aligns Iyer and Pinsky. For both, music and poetry are physical in a way that would make Nietzsche proud. “What you’re hearing is action,” Iyer, who completed a PhD in the cognitive science of music, has remarked. Pinsky shares the sentiment: “Poetry’s highest purpose is to provide a unique sensation of coordination between the intelligence, emotions and the body.” For these two, art perception, whether of music or poetry, is embodied, both in its creation and reception. What this means for the listener is something simple, not dryly academic: pure pleasure, with no intermission, at least this time.

The second half of this Friday’s 90 minute performance will be devoted to a jazz set sans spoken word. The Trio will perform work from “Accelerando,” only the No. 1 Jazz Album of the Year in 2012 according to Downbeat, Jazz Times, Rhapsody, NPR, The Los Angeles Times, PopMatters and Amazon.com. “Historicity,” 2009’s No. 1, or so says The New York Times and Los Angeles Times, the Chicago Tribune, NPR and the Village Voice, among others, will also be in the mix. POEMJAZZ is the meeting ground for artistic giants. Be prepared to be gripped, body and soul.