When anthropology is done right, it looks something like “Manakamana.” Filmmaker Pacho Velez and longtime expat-turned-media anthropologist Stephanie Spray pair a heightened aesthetic sensitivity to their surroundings with an up close and personal vantage point on Nepali religious pilgrims.

Perched high above the verdant, rolling hills, the duo films passengers making the trek to and from the sacred Manakamana temple. The effect is one of uncomfortable familiarity, the kind that comes from observing strangers in close confines, unapologetically and indiscreetly.

Spray, though, is no stranger to the subjects of her film (at the Brattle Theatre through May 23), having lived in Nepal for nine years among an extended, adopted family. As viewers, we do not know the depths of her connections to the motherly elders who relate a story about a Hindu goddess or the three long-haired rockers in T-shirts who snap photos of the forests and villages like so many tourists.

But the triangulated dynamic between Velez and Spray, those who pose before their camera, and we as viewers, is changed by her connections, however unstated. While we in the audience are invited to partake in the pleasures of people watching (OK, it’s plainly boldfaced staring), “Manakamana” manages to avoid the pitfalls that have beleaguered anthropological investigations for, well, centuries. 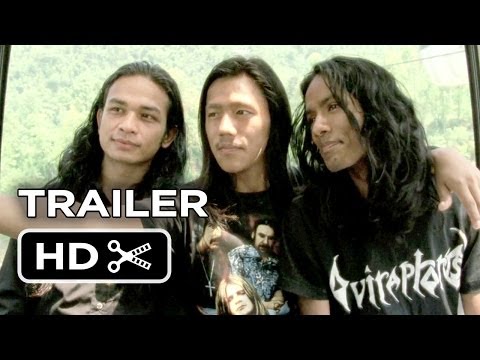 Both Spray and Velez are reluctant to characterize their work as “research.” Produced in collaboration with the Sensory Ethnography Lab at Harvard University, “Manakamana” is first and foremost an audiovisual experience, rejecting outright the discursive mode. But as ethnography, it has a troubling lineage nonetheless, one with roots in the (often photographic) study of the Other. The imposition of the gaze of white ethnographers on “exotic” foreigners has long been a way for those with power to see what they want to see, constructing ideologies and identities for those pictured. “Manakamana” shakes off that yoke. Instead, it offers no narratives at all.

We as viewers are invited to sit (proverbially) between Spray and Velez, passively waiting and attending. The duration of each trip in the cable car is, luckily, about the length of one 400-foot roll of 16 mm film (that is, about 10 minutes). The analog nature of this two-hour production lends their audiovisual portraits high above the hills a resolution as crisp as perfect vision.

Our interactions via the camera feel legitimately one-on-one. If our co-passengers on screen are performing — their awareness of the camera registers every which way from avoidance to monologue to musical interlude — it is at least a performance enacted by themselves and on their own terms, a legitimate form of representation. The temporal quality of film allows the performative aspects of the self to reveal themselves, visually and acoustically, in the interstices between documentary and fiction. Velez and Spray offer no “truths” and perpetuate no discourses, colonial or otherwise.

That is what is so remarkable about “Manakamana.” It disallows narration of any kind. Instead, viewers will find themselves plunged into an unfiltered experience. The simultaneously mundane and profound voyage to and from the ancient temple offers visual and aural cues (and a heavy dose of symbolism) from which we can grasp at meaning. Some facts are on offer — roosters and goats making the trek indicate that animal sacrifice will take place at the Manakamana temple, though it is never actually depicted.

The spiritual experience is, instead, enveloped in the inner worlds of the pilgrims, at which we can only guess. We see them as, transported through the sky, they make their way to the deity, who in the reciprocal moment of darshan will see and be seen by them. And yet we never do come across any images of that deity in our travels. We hear mechanical wheels turning cable cars and the tinkling of chimes and bells in the distance. That is where the imagination is left to fend for itself.

The immediate awkwardness and intimacy of “Manakamana” is immersive and will transport viewers well beyond the Brattle Theatre, where it is playing until May 23, if they let it. Not for those who prefer action, it is a pleasure to sit back and watch and, so it seems, be watched in turn.

Robyn Day is a Boston-based photographer and arts writer at Big Red & Shiny, Art New England, and The ARTery. She is represented by Hannah Bacol Busch Gallery and has shown work nationally and internationally. She manages publicity and marketing at Lacoste Gallery.