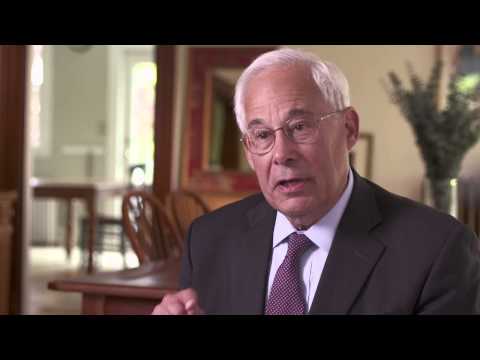 Note to politicians: Backing "Medicare for all" is looking less and less like electoral poison. If, deep in your heart, you believe American health care would be better off with a Canadian-style, single-payer system, you might now consider coming out of the closet. (In Democratic primaries in blue states, at least.)

That's my suggested takeaway from the striking Massachusetts Democratic primary showing of Dr. Donald Berwick, who rocketed from near-zero name recognition among general voters to 21 percent at the polls. Catch him saying forcefully in the video above: "Let's take the step in health care that the rest of the country hasn't had the guts to take: single payer. Medicare for all."

Now, Vermont not only has a mainstream politician who backed a single-payer system — Gov. Peter Shumlin — it's actually translating the idea into practice as we speak. But let's put it this way: This seems to be the first time that a candidate in a mainstream political party in a state that is not a verdant utopian duchy has run on a single-payer platform. And though he did not defeat the longtime familiar faces, he did surprisingly well.

"The term I've used, and it's a bold term, but it's confiscation."

Of course, we knew that Massachusetts voters tend to like the idea of single payer. As recently as 2010, 14 fairly middle-of-the-road districts voted in favor of a non-binding ballot measure calling for "creating a single payer health insurance system like Medicare that is comprehensive, cost effective, and publicly provided to all residents of Massachusetts."

Analysts projected that the results meant a statewide majority in support of a single-payer system. The single-payer idea had polled well in non-binding ballot measures before, as well. But now we've seen that sentiment translated into support for a candidate.

Other politicians, including President Obama, have backed the general idea of a single-payer system, but they always add a "but," said Dr. Steffi Woolhandler, who helped found Physicians for a National Health Program.

"And the 'but' usually has to do with the political situation," she said. "But it’s actually important to say what's the right thing to do and to really work toward the right solution, and that’s what Don [Berwick] has been willing to do, to say, 'We need single payer and skip the 'but,' let’s just say we need single payer and that we need to start working toward it.'"

Will Berwick's strong showing change the playing field for other candidates? Dr. Woolhandler says yes: "Politicians understand votes. Unfortunately, they also understand money. But they do understand votes, and I think other politicians will see that voters are behind the idea of single payer."

I asked Dr. Berwick about the reaction to his single-payer position in his many campaign-season travels, and he said the biggest surprise was how positive the response had been from voters who would likely not call themselves progressives. They either already agreed with the idea, he said, or responded instantly after one sentence of explanation with, "That sounds right to me. Let me tell you my story."

"I remember a carpenter in Hingham," he said. "I don't think he would have said he was a progressive — he was a somewhat older carpenter struggling to make ends meet, sitting on a sofa at a gathering, a meet-and-greet, and I started talking about this, and I guess — embarrassingly, to me — I was expecting some pushback. But he immediately said, 'I've got to tell you a story.' And he told me about his struggle to get health insurance.

"He very carefully went through the policy options, he had picked one that had a maximum deductible that was pretty stiff, and he was ready to swallow it. And he did, he signed up for that plan. And then, the problem was that he had three major illnesses the following year. And he discovered — to his dismay — that the deductible did not apply to the year, it applied to each separate episode. So this guy, who's working with his hands and trying to just get through and have his family's ends meet, suddenly found himself tens of thousands of dollars in debt, because of the complexity [of health insurance.] And he said, 'Enough of this!' He immediately understood and was fully on board, and that kind of experience has been pretty constant for me."

Overall, Dr. Berwick said, "The response has been extremely positive beyond anything I would have anticipated.

When I took the position, I had no polling information. I did it because I was looking at the state budget and seeing the erosive impact of rising health care costs on everything else we need to do. The numbers were stunning to me. I got briefed by the Mass. Budget Policy Center and they said — as I remember the numbers and have been quoting them — Parks and Recreation were down 25 percent, local aid was down 40 percent, higher education was down 30 percent.

You really can't find a line item on the state budget that hasn't been down in real terms in the last decade. Except health care is up 59 percent. That was the number that stuck in my mind when they briefed me. And as I went around the state and began to see what we need to do for schools, for transportation, for affordable housing — the term I've used, and it's a bold term but it's confiscation. It's with benign intent, but health care is essentially taking away opportunities from public investment."

"And then you meet with businesses and you get the same story. Businesses talk about how the continuing increase in health care costs is cutting opportunities for them to grow and develop their businesses. And then when you talk to labor — I remember meeting with the painters' union, and I asked the person who was hosting me to show me their paychecks, and the union wage scales over the past few years — you can see it right there in black letters — the take-home pay per hour has not been going up. What is going up is contributions to health care. So the logic was strong.

"And the reactions have been consonant with those data. People are very frustrated. They don't understand their health insurance. They can't read their policy. They know it’s not transparent. And they are suffering from vastly increased costs."

'I would say, the reaction to this has been stunningly positive.'

No anti-Canada, anti-England backlash against what could be seen as an attempt to "nationalize" or "socialize" health care?

Not really, Dr. Berwick said. "Initially, you have to explain it, like, 'What exactly do you mean? Medicare is a federal program.' If you say it’s Medicare for all, that doesn’t quite do it. But as I explain it to people, you take all the funds, put them in a single pool, make that pool publicly accountable, constantly subject to scrutiny and redefinition, stop the paperwork, stop the complexity, that could save 10 percent of the total bill over the first couple of years."

"People do have questions, like, 'Is this a government takeover of health care?' And you explain, 'No, no, no. It’s the same delivery system, your doctors and hospitals, this is not nationalization or the state taking over care, but it is a single payment system. So I would say, the reaction to this has been stunningly positive. Could this be catalytic? I certainly hope so. I'd hate to see Vermont lap Massachusetts on being the first to show what a rational payment system looks like."

Neither of the Massachusetts primary winners — Democrat Martha Coakley and Republican Charlie Baker — backs a single-payer system, so it's actually pretty well guaranteed that Vermont is going to lap Massachusetts in the single-payer realm.

But perhaps the question is whether Vermont and Massachusetts will follow the pattern of gay marriage: The Vermont Supreme Court broke the ice in late 1999 with its decision on "civil unions," but it was — arguably — the 2003 decision by the highest court of Massachusetts that set gay marriage on the road to the big-time.

Readers, what do you see happening next with single-payer politics? WBUR's Martha Bebinger reports that Dr. Berwick did not say in his concession speech what he plans to do next. We'll keep you posted on that.