It is a mere six days since murderous attacks decimated the editorial staff of the satiric newspaper Charlie Hebdo ... since four Jewish hostages were murdered in a kosher supermarket.

What follows are my impressions of Paris and Parisians at war.

A new edition of Charlie Hebdo was printed here, yesterday — the 1st since the murders — featuring on its front cover a caricature of the Prophet Muhammad, in tears, offering forgiveness. A newsdealer tells me that Charlie aficionados scour this new cartoon for hidden genitalia.

I remember how theater buffs scoured Al Hirschfeld cartoons for the name NINA. Reportedly, the new edition of Charlie Hebdo sold faster and more furiously than last year’s nouveau Beaujolais. 5,000,000 copies were printed instead of Charlie Hebdo’s usual print-run of 50,000. And virtually every newsstand I see today in Paris sports signage advertising this highly-collectable new edition, hand-marked with the word “RUPTURE!” ... meaning “SOLD OUT”.

5,000,000 copies printed and sold — one for every Frenchman who took to the streets the day after the attacks to link arms with other Frenchmen to show their solidarity, their support of Charlie Hebdo as symbole de la liberté d'expression Française...

On the very same newsstands around Paris, the newest issue of Nouvel Observateur is for sale, featuring an essay by Henri Roussel, Charlie Hebdo’s 80-year-old co-founder, criticizing Charlie Hebdo’s editor Stéphane Charbonnier, one of the victims of last week’s shootings. Roussel, who writes under the pen name Delfeil de Ton, suggests that Charbonnier invited the murders by publishing still another cartoon of the Prophet Muhammad. Asks Roussel, “What made him [Charbonnier] feel the need to drag the team into overdoing it?”

Today, in Paris, however, it would seem that Le Pen stands alone. It seems that all other (non-Arabic) Frenchmen are, indeed, proudly Charlie. Today, unlike a week ago, Charlie Hebdo is big business. The newspaper’s website recognizes the massive spike in their brand-recognition with an emotional plea: “Charlie hebdo a besoin de vous pour survivre. Soutenez-nous en faisant un don ! … Recevoir Charlie hebdo. Je m'abonne. “(Charlie Hebdo needs you to survive. Support us by making a donation! Subscribe now! ...)

I am relieved to be told that the profits from the sale of 5,000,000 copies of the current edition of Charlie Hebdo will be divided among the families of the victims. Cynically American, I wonder if this is true.

Contrary signage is shown on French TV, with images of demonstrations in Algeria and Pakistan. Angry young men of radical Islam hold black-on-white signage aloft heralding JE SUIS COULIBALY, celebrating the name of the jihadist killer of the four Jewish hostages in the kosher Parisian supermarket at Porte de Vincennes. Coulibaly also shot and killed a policewoman in Montrouge, one day before the supermarket massacre.

I chat with an elderly actress who greets me with the key to the flat I’ll be using in her building on l’Île Saint-Louis. She tells me how sad Paris seems to her since the attacks. She soon reveals that she hasn’t actually been outside her apartment since the attacks. She adds, simply, “Je suis trés peur!” (“I’m very frightened!”)

I walk through the Jewish quarter in the Marais. The streets are quieter than usual. No falafel-seeking tourists. I suspect many Parisians are locked inside their homes. I expect to see a huge police presence. I expect to see soldiers with guns. I see very little evidence of police or military protection. Perhaps it’s there … in the shadows ... on rooftops … but I don’t see it.

What I do see all too clearly is my own fear on seeing young Arabic men on the street. I find myself looking for bomb-bulges on their stomachs … and quickly hate myself for having such thoughts.

I walk past Charlie Hebdo’s headquarters on a back street near Place de la Republique. A dozen policemen holding assault weapons stand guard … on high alert. I think to myself, “It’s all in the timing. Le contexte, c’est tout.”

I have an afternoon meeting with a filmmaker who is creating a documentary film about me and my plays in France. We talk about her film for two minutes. And then we talk about the attacks for two hours … about Paris and Parisians at war.

She tells me “The march was incredible ... Catholics, Jews, Arabs, everybody ... side by side.” And she adds, sadly, “But, now, it seems to be over. I don’t feel that people are thinking about what happened, really. Maybe, being frightened, yes ... but not really thinking about it, not really try to understanding why.”

She tells me that she and a young Arab talked together at length in the Métro on her way to our meeting. She characterizes the conversation as “an unusual event”, because “strangers never talk to each other in the Métro.” She asks me if the 9/11 attacks in NYC changed the way New Yorkers behaved with one another.

Art has no answers, only better questions.

I ask her if it were possible that the young Arab made conversation with her in the Métro to comfort her, to assure her that he — a young Arab --was not a danger to her. She thinks that was the case.

I ask her if there would have been a similar public reaction if the staff of a Jewish newspaper has been murdered. She hesitates before answering, quietly, sadly. “No. Not at all.”

Anti-Semitism is once-again rampant in France. 50,000 French Jews have already moved from Paris to Israel … because they feel that Israel is a safer place for Jews than France. Israel safer than France? Is that possible?

Our conversation turns to the inevitable: what can be done? We agree that artists will be looked to for solutions — not politicians or religious leaders. We agree that Art has no answers, only better questions.

I tell her that I believe violence in our time has become the voice of the unheard. Perhaps violence once belonged to the power-crazed, but now, I think, it belongs to the powerless. One of the two plays of mine being revived here in Paris this week is “The Indian Wants the Bronx,” a play I wrote nearly 50 years ago … dealing with the escalation of violence, with the voices of the unheard. After nearly 50 years, there is very little visible evidence that my play has in any way changed the world — in spite of its having been played on all but one of the continents of our planet, in more than 30 different languages.

We talk at length about the effectiveness of Art. We agree that we are having a profoundly depressing conversation.

I report that just yesterday in NYC, I saw signage everywhere heralding “Black Lives Count.” She asks me “Why ever would anyone need signage pointing this out?”

I remember not more than a few weeks back, again, in NYC, people in significant number marching in protest of police brutality … carrying I CAN’T BREATHE signage. There was I CAN’T BREATHE signage on red-brick townhouses in my West Village neighborhood … houses that could easily sell for $8,000,000-$10,000,000 in the current real-estate market … houses that will probably not be inhabited by black families in my lifetime. Perhaps it will be different in my children’s lifetimes, as they are, skintone-wise, totally colorblind.

When I consider the Holocaust and France’s wartime treatment of its Jewish population a mere 70 years ago, I remind myself that Hitler didn’t ask the French to round up their Jewish neighbors. The French thought it up themselves and made a gift to Hitler. And I remind myself that my African-American friends are no doubt descendants of American-owned slaves … Our American history is as unthinkably ugly as anybody else’s history.

When I look around me in Paris … at the quality of life for Arabs living in this breathtakingly beautiful city, I see little beyond masses of uneducated people living in poverty. Does anyone actually doubt that violence is the voice of the unheard?

Does hope only come in the form of slow, painful evolution, which is to say years and years of civil uprising and bloodshed?

Anti-Semitism is once-again rampant in France. 50,000 French Jews have already moved from Paris to Israel … because they feel that Israel is a safer place for Jews than France. Israel safer than France? Is that possible?

While it’s difficult to imagine our world 100 years from now, we must consider that America now has a black-skinned President… and that a woman might well become America’s next President ... and that America and Germany are best friends ... and that American and French tourism in Vietnam is mega-big business. (I’m told Vietnam recently changed the name of its American War Crimes Museum to, simply, The War Museum.)

I’m certain we must first oversimplify complex matters before we can gain any real understanding … see the forest for the trees … much in the way we needed Anne Frank to help us feel the horrors of the Holocaust.

But, deep in my soul, like you, I know the obvious all too well: rien n'est simple.

Israel Horovitz's film “My Old Lady” has recently been released on DVD. His collection of poetry “Heaven and Other Poems” was published last month by Three Rooms Press. He is the founding artistic director of Gloucester Stage Company and has set many of his plays in that community, including “Gloucester Blue,” which will be presented there next fall. 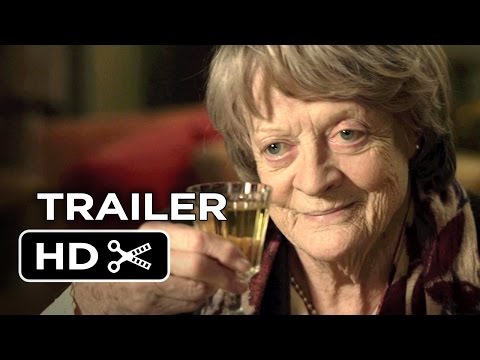 Horovitz’s Fish Story Rings All Too True In Gloucester

It’s Great To Say It, But Are We Really Charlie Hebdo?