There’s a knock at the door, and a disheveled man stands there. She doesn’t recognize him, and he can’t quite remember her. But he’s certain he used to live there, and gradually...

A premise like this one lies at the heart of one of literature’s great classics, Homer’s “Odyssey.” It also provides the framework for Sarah Kirkland Snider’s song cycle “Penelope,” a rich tale of recognition, healing and the passage of time that will be staged at the Isabella Stewart Gardner Museum this Thursday evening.

At the Gardner the estimable singer/violinist Carla Kihlstedt will sing the role, supported by the Firebird Ensemble. “Penelope” is part of the museum’s Stir series, directed by Beth Morrison, a New York-based presenter specializing in contemporary musical installations.

The libretto of “Penelope” was written in 2009 as a theater piece, by the actor and author Ellen McLaughlin, who then asked Snider to compose the score. Snider subsequently reworked the music into a song cycle showcase for Shara Worden of My Brightest Diamond. Worden recorded “Penelope” (in 2010, on New Amsterdam Records), and has performed it many times.

Snider, trained at Yale, lives in Princeton, New Jersey, where she was born, and New York City. She is also part of the team of composers and performers who founded New Amsterdam Records, an adventurous recording and presenting enterprise. While “Penelope” exists firmly in the nexus between popular and classical music — with electronic instruments and steady rock rhythms supporting multiple strings and intense harmonies, all coordinated by a conductor — her work also includes orchestral settings and more traditional “classical” compositions.

“All the music that I love is fair game for me to draw upon,” she says. “I strive to tell a compelling story, in the most vivid and emotionally insightful way possible.”

It was with the talents and interests of Ellen McLaughlin that “Penelope” began. “She’s a brilliant playwright,” Snider says, “who has several times updated the Greek classics. She wanted to sing it, and that actually has a lot to do with the reason that it exists between classical and rock music. She doesn’t read music, and she needed to learn it by ear. That sort of liberated me to get back in touch with music that I still loved.

“I changed the music for Shara, in general and specific ways,” she says. “In the theater piece it’s easier to focus on the narrative tangents, and in the song cycle that narrative becomes more abstract.” 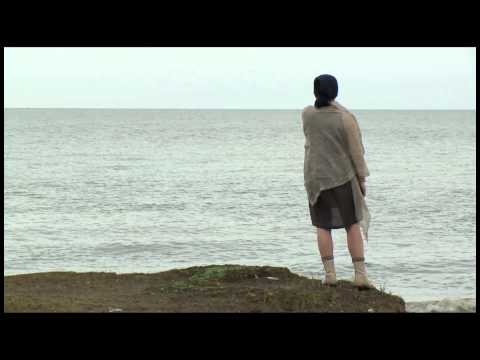 It may have started with Homer, but “Penelope” is not the story of the “Odyssey.” This Odysseus is no brawny hero returning home to clean out his wife’s hapless suitors. And this Penelope doesn’t even recognize the broken man who shows up at her door.

A soldier from some unnamed conflict, this Odysseus needs saving. Seeking to revive his shattered mind, Penelope reads him sections of Homer’s poem, which help him remember. And help her as well.

“It’s not just about war, or the Greeks, or even homecoming,” Snider says. “It gets you back in touch with parts of yourself that you’ve lost, and talks about how identity changes over time.”

The music that drives the narrative, a blend of electric guitars, drums, strings and horns. “I think that when we talk about classical music being simpler, we’re talking about popular music,” Snider says. “The music in ‘Penelope’ is relatively simple; a lot of four-bar phrases, some pulsing chords.”

For Snider the music of Mozart — simple melodies, but music of tremendous complexity — stands as a model.

“The fact that we know simplicity and complexity as two different kinds of music is an example of what happened in the 20th century, when composers felt they had to divest themselves of popular ideas. Composers had mixed genres before. I think we’re still recovering from that.”

So in Snider’s case what the music is called reflects its presentation, or how others feel about it — and is not intrinsic to the compositional process.

“If I just think about writing simple melodies or textures, or just complicated ones, then I feel like I’m not using the whole of myself. I grew up not thinking that music was high or low. The music is of a shared world.

“All of my music deals with narrative,” she says. “ ‘Penelope’ might be the furthest to the pop side of things, but even as a song cycle — that’s a classical idea. In graduate school, when I had to write a serial piece or a 12-tone composition, I would still end up making it a narrative.”

Sarah Kirkland Snider’s “Penelope” will be performed on Thursday, Dec. 3 at 7 p.m. at the Isabella Stewart Gardner Museum, part of the museum’s Stir series. For tickets ($5-15) and information visit the museum's website.