Time is malleable in the adaptation of George Orwell’s “1984” that originated at Headlong Theatre Company. Sometimes it leaps forward. Sometimes it bends back. Sometimes it skips like a scratchy record.

This fits the essentially subjective nature of the book, at least as understood by co-adaptor/directors Robert Icke and Duncan Macmillan. Though the full arc of the story is represented in this 110-minute one-act, the adaptation is greatly informed by the dystopian novel’s oft-skipped appendix. “The Principles of Newspeak,” as this coda is titled, is written in an academic voice that casually refers to the all-powerful ruling party of the story in the past tense. Its details tantalizingly suggest that the grim finale of the book proper is not quite the end of this tale. Don’t trust anything, the production says at every turn, including the play itself.

This “1984” (onstage at the American Repertory Theater through March 6) unfolds as if within the brain of protagonist Winston Smith, a bureaucrat in the Ministry of Truth who spends his work days erasing people from the historical record. He seems pretty damaged from the start, and the action is glistening with creepiness engendered by his paranoia. 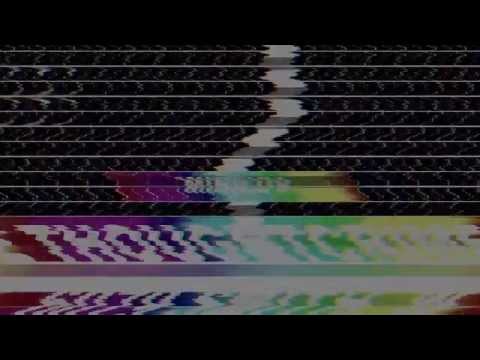 Icke and Macmillan’s conceit is announced splendidly in an opening sequence that sees a rather bewildered-looking Winston (Matthew Spencer) hunched in a chair, daring to put pen to paper and begin scratching out a diary. Even this act could mark him for death in this society, which recognizes no room for private thought or memory, so he’s particularly startled to look up and see a group of people gathered around the same table as he, discussing a book.

Are they from the future? Are they a present threat? And what’s the book — “1984,” or perhaps Winston’s diary itself?

But don’t think this is merely a heavy-handed, meta-theatrical conceit. It comes right from the text, and cues us to the onstage mix of memory and fantasy. Winston wonders onstage if he is writing for the future, and his analogue in Orwell's novel muses that the entire chain of events shortly to befall him became inevitable the moment he set pen to paper. So why not a book group springing up ex nihilo to discuss a text the moment he starts to write it?

The members of that discussion group soon re-assemble as fellow citizens living under the boot heel of Big Brother. They are joined by a highly placed party official named O’Brien (an excellent Tim Dutton) and Julia (Hara Yannas), a political subversive who whets Winston’s appetite for clandestine activity. Dutton’s delivery of text is nearly heroic in the late going when he unravels a very long speech, keeping both the audience and Winston curled around his rhetorical finger. Spencer does well with Winston, showing him first as a petrified prole and later as something of a hero; he doesn’t care to make him likable though, which could have helped build empathy.

Tim Reid’s video design makes ample use of a large screen upstage, employing both pre-recorded segments and live projection, the latter sometimes putting the action in greater focus and sometimes throwing it into doubt. Natasha Chivers’ lighting design is highly functional but overdoes it in the bright white flashes (accompanied by sound designer Tom Gibbons’ piercing screeches) that suggest the firing of Winston’s synapses, but also an over-eagerness to remind everyone how edgy this whole business is.

But there’s plenty of exposed nerve here; a torture sequence had parts of the audience squirming and murmuring when I attended. (I even saw a few walk-outs.) Since violence of a much more graphic sort is shown on television every night of the week, this is a testament to the emotional force employed here and, yes, the power of theater.

An observation repeated by one character is that the unnamed book under discussion is always an accurate portrait of the future, no matter when it’s read. And indeed this story’s salience with our post-Edward Snowden world of National Security Agency snooping and tracking devices in every pocket (in the form of mobile phones) is palpable throughout and need not be augmented. (The adapters do cheat a little, shortening the novel’s many references to telescreens — the ubiquitous devices that both display patriotic messages and serve as electronic peepholes for Big Brother — to “screens,” as in, “the people won’t look up from their screens.”) In one of the great scene changes I’ve witnessed, Icke and Macmillan implicate the audience as complicit in the all-present surveillance apparatus that Orwell both warned of and describes.

This production comes highly recommended, having enjoyed two hit runs on the West End and garnering strong reviews in the Santa Monica engagement that preceded this one. But its loose approach to time means the plot sometimes gallops along at a dizzying pace and sometimes slows to a crawl. Given the adapters’ ambition of presenting the whole sweep of the story in addition to ample conceptual embellishments, they would have done well to eschew the vogue for one-acts and expand this into a longer piece.

But as is, this “1984” presents a bracing and invigorating night at the theater — like cold water splashing on a telescreen… or an iPhone.