Craig Lucas’ new play “I Was Most Alive with You” (now premiering in a Huntington Theatre Company production at the Boston Center for the Arts, through June 26) is a modern meditation on the ancient Biblical account of Job. (Read more about its production here.)

The play updates the venerable myth about faith rewarded with a modern capacity for combining suffering, humor and poignancy. Even more au courant is the play’s presentation in both spoken English and American Sign Language (ASL) — but more on that in a moment. Lucas also offers a contemporary observation, albeit a probably universal one: Misery loves company. It’s not just the central character who suffers, but his entire extended family.

Knox (Russell Harvard) is, like Job, an unusual — perhaps uniquely — good man. As his grandmother, Carla (Nancy E. Carroll), puts it, “You couldn’t put a character like Knox on TV. He has no flaws.” Not anymore, anyway. Like his father, Ash (Steven Goldstein), Knox has struggled with alcoholism and drug use. Now he’s on the wagon, and he’s found spiritual equanimity — perhaps even purity.

This isn’t simply a matter of secular decency. We barely meet Knox before we witness the depth of his religious faith, with Knox on his knees saying an impassioned prayer in sign language that he should be an instrument of God’s kindness and mercy on Earth. 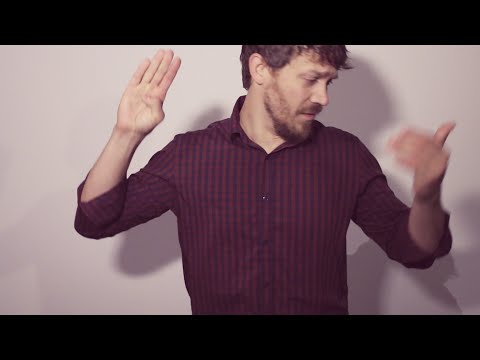 Later, at a Thanksgiving gathering where the guests take turns enumerating all the things for which they are grateful, Knox offers a short list of “burdens” that he’s come to regard as invaluable elements of his life: He’s deaf; he’s gay; and he’s an addict. Dealing with these things on a daily basis has taught him grace and humility, and Knox is grateful for them.

But Carla has a point, and given that she — like Ash — works in television, she would know. Any story, even those contained in sacred texts, needs an element of conflict to generate drama. In the Book of Job it’s the introduction of “The Accuser” (Satan, in some traditions) that gets the ball rolling, as he suggests to God that Job’s unwavering faith be tested by a series of calamities. After all, it’s easy to have faith when times are good. But what about injustice, irretrievable loss and ruin? What do those things do to a man’s trust in the Almighty? Here’s a clue: In Act 2, we see Knox on his knees once again, screaming aloud to God with just as much passion as before — only now, his prayer is more a challenge than a plea.

Lucas doesn’t rely on any supernatural Accuser to bring disasters down onto Knox. Instead, it’s the fault lines in Knox’s life, and the lives of those around him, that inflict his tribulations. Knox’s boyfriend Farhad (Tad Cooley) is a user, and living with a user is a dangerous thing for an addict. Knox’s mother, Pleasant (Dee Nelson), has long simmered with discontent and resentment, and her anger has finally reached the point of boiling over. Carla has a history of illness that could recur at any time. And though Ash’s relationship with his writing partner Astrid (Marianna Bassham) is faultless, it’s long been sexually charged. How long can their relationship remain professional and platonic? Add to all that the proposition that sheer bad luck is always one wrong turn away, and it’s evident that even a blameless man’s life is nothing more than an incipient avalanche of misfortunes that may never occur — or may all come tumbling down at once.

The play’s linguistic duality is just a starting point for the many binaries that the playwright neatly folds and tucks into the work’s textured layers. To begin with, each of the characters is given a “shadow interpreter.” (Joel Caverly, Amelia Hensley, Monique Holt and Christopher Robinson take these parts.) Hearing characters who speak aloud have their dialogue delivered simultaneously in sign; characters who use ASL have their words spoken aloud or else rendered into supertitles projected above the stage. (Gameela Wright, has a uniquely dual task: She also plays Mariama, a professional sign interpreter hired by Carla, and her backstory is as fraught with failure and woe as anyone else’s.) 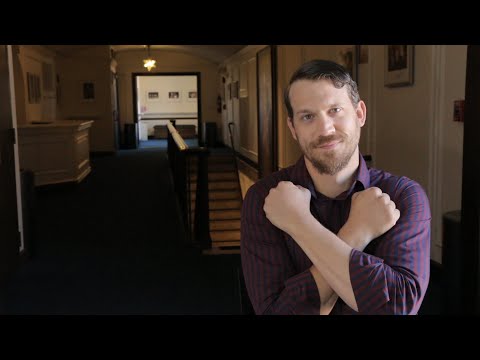 The script includes so much cross-chatter that it can be hard to keep up, and the play always maintains an energetic briskness requiring total attention and engagement from the audience. You don’t just attend this play, you commit to it. In return, it cradles your heart with tender — but inescapably sharp — claws.

If this approach has its demands, it also has its rewards. Those shadow doubles don’t just interpret ASL; they serve as another means to see into the characters. While one person reads a heartbreaking goodbye note from a loved one, his double looks off stage with an expression of yearning and loss. Lucas — who directs his own play in this production — is working on multiple levels at once, and it’s nothing less than thrilling to behold.

That same deep dimensionality extends to the play’s subtexts, as everyone and everything seems to flip around and switch places. Users become abstemious; longtime 12-steppers fall off the wagon. Atheists discover and even channel divinity, and the pious are shaken by cruel and godless fate.

It’s a messy, scintillating, challenging work that provokes and wrings you out. You might even feel you need to see it a second time to fully grasp everything that’s going on; if so, it’s a plus. You could see this play multiple times and still marvel at the writing and the cast.

“I Was Most Alive With You” continues through June 26 at the Boston Center for the Arts.