Get ready to root for the bad guys at the Somerville Theatre this week.

Their “Play It Cool” summer repertory series has so far spotlighted Steve McQueen and Paul Newman, but this Thursday night, things take a turn for the sinister with two iconic antiheroes in a double feature of “Get Carter” and “Point Blank.” It’s an extraordinary evening out if you’re a fan of implacable killers striding purposefully toward the lens, or if you just like seeing henchmen getting tossed from great heights and landing on cars.

First up is Mike Hodges’ 1971 “Get Carter,” a film of exceptional viciousness and mordant humor, which single-handedly blew the bloody doors off British crime films of the era. Michael Caine stars as Jack Carter, a dapper London gangster who returns to his rundown hometown of Newcastle with some questions about the death of his teetotaler brother in what everybody keeps trying to tell him was a drunk driving accident. As a very bad man with a taste for the finer things and other people’s women, Caine chokes back the natural gregariousness that had recently made him a star and delivers a magnetically puckered performance that’s all sinew and contempt.

In adapting Ted Lewis’ deliciously nasty novel “Jack’s Return Home” (which boasts one of my all-time favorite opening lines: “The rain rained”), writer-director Hodges steps back a bit from the character, regarding Carter with a morbid fascination that’s much colder than Lewis’ rascally, first-person prose. Hodges hired documentary cinematographer Wolfgang Suschitzky to shoot the film using long lenses in close-quartered, practical locations, lending the effect of a nature program as the leonine Caine stalks his prey through crowded pubs and grimy streets. 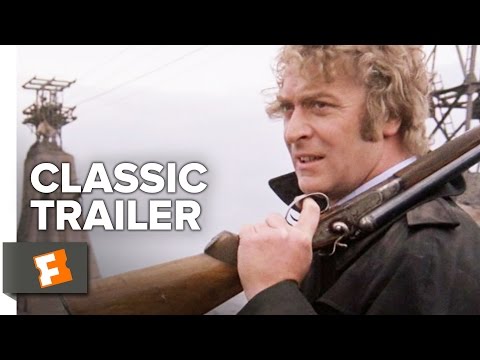 This was a side of England not often seen in movies back then. The economic hopelessness of dead-eyed punters downing pints of Newcastle Brown is purposefully contrasted with corrupt fat cats lounging around opulent domiciles and questionable construction sites. The film’s wickedest villains are seldom photographed standing, and one of them is even portrayed by playwright John Osborne, whose seminal “Look Back In Anger” launched the British “angry young man” theater movement. So it’s not for nothing that Jack Carter’s final reckoning takes place at an abandoned coal mine.

“Get Carter” has never been well-treated in America. Despite box office success in the U.K., here it was dumped into drive-ins as the bottom half of a double bill with the Frank Sinatra cowboy comedy “Dirty Dingus Magee.” Then in 2000, the film suffered the indignity of a Hollywood remake with Sylvester Stallone playing the lead and Caine cashing what we can only hope was a very generous paycheck as a heavy. It’s one of those instructive fiascos that cluelessly repeats lines verbatim from the first film while missing their tenor entirely.

Stallone’s Jack Carter is lonely and kind to women and children. Even though he’s a criminal, he only beats up bad guys. Caine’s original is a genuinely broken, womanizing sociopath who glides through the movie like a barracuda, casually disposing of people as if tossing away garbage. The notoriously nihilistic finale (notably not retained for the remake) is the only way for this story to end. Or, as the actor wryly notes on the “Get Carter” DVD commentary track, “We used to kill people in movies. There were no sequels then.”

The evening’s second feature is like a dream of the first. Director John Boorman’s 1967 “Point Blank” is the most unabashedly artsy B-Movie ever made, based on a grungy dime novel but filtered through radical European New Wave aesthetics. It’s like if Alain Resnais directed “The Terminator.” 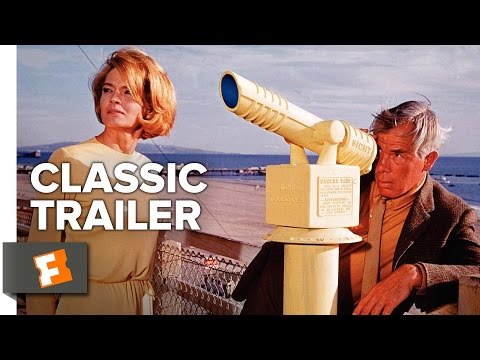 Lee Marvin stars as Walker, a professional thief betrayed in the middle of a heist by his wife (Sharon Acker) and best friend Mal (John Vernon, in his first film role.) Gut-shot and left for dead in an empty Alcatraz cell, he returns a year later in mysteriously perfect health, single-mindedly seeking vengeance and the $93,000 he’s owed. Walker is a human wrecking ball, stomping and clobbering his way through scenes while the minimalist Marvin wears a priceless deadpan. He’s advised throughout by Keenan Wynn’s Yost, a Jiminy Cricket-like figure looking to bring down The Syndicate, a white-collar bureaucracy that punctiliously puts the “organized” in “organized crime.” Walker smashes every rung in this corporate ladder looking for his money, eventually causing an exasperated middle manager played by Carroll O’Connor to cry, “You’re a very bad man, Walker, a very destructive man!”

Walker and Yost never once look at each other, leading viewers to wonder if the latter is even real. But one also wonders if Walker himself might be a ghost, or maybe the whole movie is just the revenge dream of a dying cuckold bleeding out all alone in Alcatraz. As in Steven Soderbergh’s 1999 stealth-remake “The Limey,” “Point Blank’s” editing is probably about as close as a narrative movie can get to not having a present tense. Elliptical and overlapping, Walker’s disconnected memories flicker across the picture and soundtrack, turning scenes into jigsaw puzzles for the audience to assemble as we go along.

“Point Blank” begins in steel grays, with costumes and sets carefully dyed and painted according to a color scheme that matches Walker’s interior journey. The suits and the walls keep evolving from blue to green, then yellow to red, according to our protagonist’s emotional temperature. Obviously, this kind of formal adventurousness was not the norm for a major studio potboiler at the time. However, Marvin was at his post-“Dirty Dozen” peak of stardom and deferred all contractual approvals to the young Boorman, giving his fledgling director unprecedented creative control.

Almost 50 years later, people keep trying to solve “Point Blank,” spinning essays speculating about Walker’s resurrection while attempting to pin down what in the film is real and what are expressionistic apparitions. I personally find this to be an incredible waste of time and stick with Boorman’s own explanation: “What it is is what you see.” I see a dazzling concerto of colors and syncopated sounds in which a bad man briefly returns to the living, and then disappears back into darkness.