It’s something of a gross generalization, but nonetheless founded in truth, that when actors step behind the camera you typically end up with pictures of actors acting. Superstar directorial debuts so often turn out to be talky, minor key affairs like Denzel Washington’s "Antwone Fisher" or Jodie Foster’s "Little Man Tate."

What’s less common to discover in a first feature is a purely cinematic sensibility — a story that’s been thought out in terms of images instead of just words. Natalie Portman’s "A Tale of Love and Darkness" is not always a successful movie, but it’s a movie through and through. Adapting Amos Oz’s beloved autobiographical novel, Portman makes bold visual choices and sticks to a personal, at times trying, aesthetic strategy. She’s a real filmmaker. 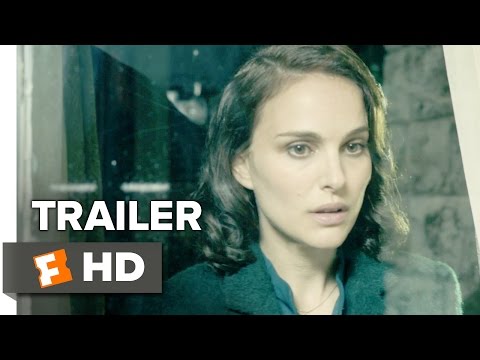 Anecdotal in structure, "A Tale of Love and Darkness" plays out as the vivid, if occasionally unreliable remembrances of an old man, glimpsed briefly teetering towards the camera in modern times before we flash back to 1945, when 10-year-old Amos (Amir Tessler) was living in Jerusalem with his wispy, nerdish father Arieh (Gilad Kahana) and an ethereal mom Fania, who seems to glow from within (Portman, naturally). The screenplay flutters a bit from one vignette to another, lingering on stray details and snatches of grown-up talk, approximating a young boy’s experience of events he does not quite yet understand.

Portman and cinematographer Sławomir Idziak keep the camera low to the ground, showing us the world from Amos’ vantage point. I thought a lot about Steven Spielberg during the film, particularly of the way "E.T." and "Empire Of The Sun" never broke from their child protagonists’ perspectives. I also recalled John Boorman’s "Hope And Glory," in which the London Blitz became a giant playground for kids who didn’t know any better. (Suffice it to say, Portman’s influences here are impressive and correct. Always steal from the best.)

What Amos is witnessing, of course, is what eventually becomes the founding of the state of Israel. Not that he knows what any of that means just yet, and Portman isn’t about to spoon-feed us folks in the audience, either. All this history-making stuff is just kinda going on in the background of one troubled family’s life. The world is changing outside of Amos’ window while he’s stuck inside watching his parents’ marriage fall apart.

Fania is slipping into a deep, dark depression. The delightful folk tales she once told her kid are now ugly and full of grisly details. Her sadness unassuaged by a nice-enough husband who never quite did it for her (Portman cruelly cuts between the bookish Arieh and a far swarthier actor playing the man of Fania’s fantasies) she just can’t muster it up to suffer through yet another damned war and seems to spiritually recede from the movie as it wears on, all but vanishing before young Amos’ eyes.

Portman was born in Israel and reportedly insisted that "A Tale of Love and Darkness" be shot entirely in Hebrew, which — given the currently disastrous market for foreign language film distribution — must’ve taken quite some doing. But in addition to lending the film a crucial verisimilitude, it also results in one of her most effective performances. Portman has always suffered from a slightly flattened affect to her line readings, which can at times sound robotic. (And not just in those "Star Wars" movies.) Here she seems liberated by the language, or at least maybe I was just more able to engage with the emotional physicality of her performance without getting hung up on occasional odd-duck pronunciations. Whichever the case, she’s very good in this.

But Portman’s even more impressive behind the camera. There’s a moment in "A Tale of Love and Darkness" that I still can’t shake, which begins with a child idly kicking a ball up against a wall one afternoon. The camera pans left and right, following the ball as it bounces off the wall and rolls back to the kid a couple times. Then after one particular kick a shot rings out, and we follow the ball again as it rolls back to the child, now dead in the street. It’s a brilliantly economical, absolutely horrifying moment conceived in purely cinematic terms. She’s the real deal.

"A Tale of Love and Darkness" opens Friday, Aug. 26 at the Kendall Square Cinema and Friday, Sept. 2 at the West Newton Cinema.