The ability to store energy promises to revolutionize the way we generate, transmit and use electricity — making renewable sources such as wind and solar cheaper and more dependable.

Massachusetts is one of just three states requiring electric utilities to build battery facilities in the future.

A company in Marlborough believes it literally has the next hot technology in energy storage: molten metals.

About 10 years ago, MIT materials chemistry professor Donald Sadoway began wondering what it would take to make a better battery. One that could store huge amounts of energy, charge and discharge rapidly and operate reliably for decades. Of course it would have to be safe: non-toxic and not explode. And, oh yeah, inexpensive to make.

Sadoway stared at the periodic table of elements and had a "eureka" moment — build batteries out of liquid metals. 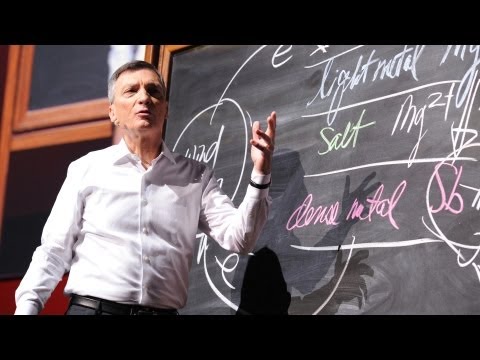 Fast forward a decade to a factory in Marlborough.

“This is where we have all the processes that we need to manufacture and test the cells we'll be producing for prototype and commercial systems," says Ambri Chief Technology Officer David Bradwell.

Ambri is the company that Bradwell and Sadoway co-founded. It's based on the idea of using liquid or molten metals to generate electricity.

"I was a Ph.D. student in the dungeons of MIT building the first [storage] cells," Bradwell says.

Those first storage cells were made of magnesium and antimony, but in order for the prototypes to operate, the metals had to be melted into liquids by getting heated to 700 degrees Celsius. That's nearly 1,300 degrees Fahrenheit.

"Well, there's a secret sauce on the specific materials that we're using," Bradwell says. "It's not magnesium and antimony, but it's similar type materials."

"The heart of the manufacturing operation is this unit here. This is our cell assembly system. It's a very straightforward process," Bradwell says. "Low-cost capital equipment, high-capacity throughput to allow us to scale to manufacturing with relatively low capital investments."

Five investors including Bill Gates and the giant French energy company Total have pumped $50 million into Ambri, attracted by the company's low-tech approach.

"Some of the basic skills that are required here are really built on welding steel together," says Ambri CEO Phil Giudice. "It's really quite straightforward, no moving parts, no separators between the layers. It's a very elegant, simple technology."

"The electrochemistry of the battery involves three liquid components," Bradwell says as he explains the inner workings of the molten metal battery.

That energy potential produces a flow of electrons — electricity. It's elementary, elegant and simple. But it helps if you have a Ph.D. in electrochemistry.

"On discharge, the top electrode metal dissolves into the electrolyte as an ion, shedding electrons which goes through an external circuit delivering power," Bradwell says.

Reverse the flow and the electrons return to the positive electrode, charging the battery. The molten metals have different densities and don't mix. Like oil and water, they separate into layers: no pumps, no moving parts.

And the system essentially runs itself. At the factory Ambri has built a beta prototype battery: 432 storage cells strung together and placed into a small insulated shipping container. A commercial version — the same size — could supply a day's worth of electricity to 30 average Massachusetts homes. To scale up: Add more containers.

Inside the box it's 900 degrees but outside it's cool to the touch. The system is about 80 percent efficient, but Giudice says very little energy is wasted.

"The inefficiency, that 20 percent of inefficiency, is actually given off as heat," Giudice says, "and that heat is held within the insulated box that holds the cells and that's sufficient to keep it at operating temperature, and you just charge and discharge to keep it at that state."

Solving A Molten Metal Melt Down

Bradwell says Ambri was gearing up for commercial production two years ago when the company suffered a meltdown.

"The one component that we had some challenges developing was the high-temperature seals," he says.

The seals — separating the positive and negative electrodes in the high-temperature cells — kept melting.

"There didn't exist a technology in the marketplace that we could just apply to our cells," Bradwell says.

So, in late 2015, just as Ambri was gearing up for field testing and commercial production, the company had to lay off a quarter of its staff.

That's a frightening and all too familiar danger for startups, says Galen Nelson, senior director of the Massachusetts Clean Energy Center.

"It's called 'The Commercialization Valley of Death,' " Nelson says. "It's this leap that companies need to make between testing and proving out a prototype in a lab and actually deploying it in an operational or real world environment."

The Massachusetts Clean Energy Center provided comfort in the form of a grant to help Ambri transit the "Valley of Death" and survive thanks to newly designed seals.

"So it is a great material, it is readily available, and we're not fully public with it," Bradwell says.

"They do last a long, long time in operation," Giudice says as he stands in front of the battery prototype.

He says it's been charging and discharging flawlessly since last fall.

"Tens of thousands of cycles is we project out for, so it's really quite remarkable compared to every other storage technology that's out there."

Ambri's molten metal technology is at the cutting edge of the emerging energy storage industry. The company plans to begin commercial production within two years. There are competing battery designs, but the revolution in the way we use, generate and transmit electricity has already begun.