It's hard to believe it has been nearly 40 years since that little wiggle of a vorpal worm ripped its way out of John Hurt's abdomen in "Alien," the sci-fi movie experience that took the fun and fantasy of "Star Wars" and flipped it on its head.

That film's helmer Ridley Scott, a genius by some accounts, a hack by others and now almost 80 years of age, has shown great commitment to the franchise returning again for "Alien: Covenant." The film is the sequel to "Prometheus" (2012), which is the first chapter of a prequel series to Scott's 1979 space chiller that kept audiences up at night, fearful of mutant xenomorph with cascading sets of jaws.

"Alien: Covenant" takes place 10 years after "Prometheus" and approximately two decades before Ripley and her salvage crew discover that wrecked ship loaded with leathery undulating egg casings that we now know better than to peer down into. Bolstered by an impressively eclectic cast, "Prometheus" was a quirky reboot and something of a meta contemplation on creationism and origins that didn't resonate with a wide fan base — not enough aliens and too many hidden agendas.

The good news with "Alien: Covenant," especially for loyalists, is that Scott goes back to the basics. But because he has to build off the groundwork laid by his 2012 effort, there's also plenty of ideologue about man, his creations superseding him and his viability in the universe over time. Scott and his screenwriters — John Logan and Dante Harper — do a nice job getting the plot points to line up seamlessly, though pacing and character development are sacrificed as a result.

It begins with a short preamble, in which we get a glimmer into what made the synthetic being David (Michael Fassbender) tick and then promptly jump aboard a ship named "Covenant" where the crew and 2,000 colonials are cocooned away in hibernation chambers as the ship makes its way toward an inhabitable planet some seven or eight years out. The lone soul awake and tending to operations seems to be David, though he's somewhat neutered and hard to read. Soon, we learn that this is in fact another synth named Walter who's a less emotional upgrade of David and a welcome addition because now Fassbender's alluring aloofness is channeled into two roles.

Like "2001: A Space Odyssey" or even the more recent and inferior "Passengers," you know the serene sail through space has to hit a snag. It's not long after Walter deploys the ship's solar sails that there's a huge galactic surge, solar flare or some such thing that triggers a malfunction and the Covenant's crew is ripped from their slumber and assembled to deal with a cracked and crumbling vessel. The first in command (James Franco in a flash of a role) never makes it out of his chamber (he's incinerated) and the next in line, Christopher Oram (Billy Crudup) is a skittish man who like our current commander in chief is more consumed with loyalty and respect than the critical situation at hand. Oram's also a man of faith which seems to want to work its way into interpersonal dynamics and the wider ideological weave but the film hops around so fast and so much that whatever it is the writers are after never takes seed. The plot and the pacing begin to feel forced and foreign just like one of the alien offspring inside a human unwittingly hosting and nurturing the unholy infestation.

As the crew set about to enact the repairs, they receive transmission of a John Denver song and follow it to a nearby planet. The last time a John Denver song played in a film this year — the Boston-based shoot-'em up "Free Fire" — people died in its wake, and things are no different here. The landing party finds itself amid fields of wheat and gorgeous green mountains, but there are no signs of fauna. Naturally the planet is leaden with "alien" pathogens and it's not too long before the infected are exploding outward in bloody torrents as they involuntarily birth mini-me's of the nightmarish incarnation H.R. Giger brought to the screen long before computer generated special effects turned visual arts departments into bays of coders.

The planet Oram and crew have landed on is the place where Elizabeth Shaw (Noomi Rapace) and David touched down after the end of "Prometheus." David comes to the crew of Covenant like Gandalf out of the dark, hooded and under a burst of light that sends the scattering demons back into the shadows. When he finally pulls back the frock, he appears a dead ringer for Iggy Pop and yet there is no mention of the old stooge.

Disappointingly, the interaction between David and Walter isn't as pointed as one might hope, but it does shine a light on how they come to learn that they've evolved beyond the mortals that created them and the paradoxical conundrum of self fulfillment versus the engineered responsibility to serve. And no, Shaw does not return as our Ripley du jour — that part is given to a pixieish waif by the name of Daniels (Katherine Waterston, so compelling as the femme fatale in "Inherent Vice") who proves gritty and resourceful enough but at the end of the day she's no Ripley or Shaw.

What carries the film beyond is David's macabre transformation from the last film and the "Little Shop of Horrors" that's been brewing on the planet. Fassbender, an actor whose smoldering solemness has become his thespian charm, dutifully carries the part(s) and lifts the stage every time his David or Walter is on screen. Danny McBride too gives the film a much needed shot of personality as Tennessee (a nomenclature to rival Tom Skerritt's Dallas from the original?), the maverick pilot who takes big risks to cover his mates' backsides.

As a collective whole, the "Alien" franchise has seen its ups and downs. Scott's initial go was a primal burn that proved a strong woman could anchor an action film and that duplicitous corporate shenanigans were far more scary than any apex predator unearthed in deep space. Seven years later James Cameron's follow up "Aliens," a radically different film in texture, would achieve similar heights, but then the series languished — and in good hands, too. David Fincher who has since notched "Fight Club" (1995) and "The Social Network" (2010) flamed out with "Alien 3" (1993). French director Jean-Pierre Jeunet ("Amélie" and "Delicatessen") stumbled with his 1997 big studio foray "Alien: Resurrection." Some would argue too that "Prometheus" belongs in that bucket of misfires.

"Covenant" on the other hand tries too hard to go back to its origins. It's successful in that all the boxes get checked, and we do get the fun of Fassbender going against Fassbender, but other than that, what's old doesn't necessarily feel new again. Scott and his writers end the film on a dark, provocative note. If this were not a prequel, it might seem utterly grim and hopeless, but out there, in the near future, Ripley, the mother of all can-do, looms and brilliantly so. 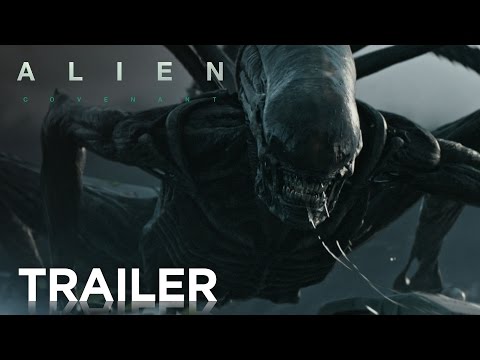