We should probably establish up front that I’m not the kind of person you’ll usually find complaining that a movie goes too far. After all, that was me in the front row last time the Harvard Film Archive showed Pier Paolo Pasolini’s still-appalling “Salò, or the 120 Days of Sodom,” and I apologize to everyone who was subjected to my incessant cackling when Oliver Reed was burnt at the stake during the Brattle’s recent screening of “The Devils.” I don’t buy many DVDs these days, but the last two I made a point of purchasing were William Friedkin’s “Killer Joe” and Martin Scorsese’s “Silence,” because those are the kind of films I like to re-watch over and over again in the comfort of my home. Obviously I’m terrible at picking movies for date nights.

The low-budget horror film “It Comes at Night” opened last weekend on a wave of rapturous reviews, a rare occurrence for such a disreputable genre. The sophomore effort from gifted writer-director Trey Edward Shults, it’s an icky, post-apocalyptic wallow that relies on gut-churning dread instead of traditional jump-scares. I hated it. In fact, I hated it so much I didn’t even want to talk to anybody afterward and went for a long walk by myself.

This came as something of a shock because I considered Shults’ debut, the micro-budgeted “Krisha,” one of last year’s better films. Chronicling a fraught family’s Thanksgiving dinner with such expressionistically stylized camerawork and sound design that the whole feature felt like a frayed nerve, “Krisha” was a domestic drama shot as if it were a horror movie.

“It Comes at Night” is just a plain old horror movie, and not a terribly original one at that. Set sometime after a vicious virus has wiped out the major cities, we’re hunkered down in a remote cabin in the woods with a rough-hewn survivalist type (Joel Edgerton, the least interesting actor in movies today), his wife (Carmen Ejogo) and teenage son (Kelvin Harrison Jr.) We meet the happy family wearing gas masks while they’re mercy-killing grandpa, who vomits blood and oozes pus from giant boils on his limbs as he succumbs to this agonizing, unnamed disease. Alas, the film never really regains the happy-go-lucky, frolicsome spirit of this early euthanasia and only grows more grindingly unpleasant as it wears on.

This movie ruined my afternoon. “It Comes at Night” made me feel awful, which then made me angry because I didn’t feel like the movie had earned the right to do so. In the past, I’ve highly recommended films far more violent and perhaps even more unpleasant than this one, but those often tend to be serving some sort of higher calling — whether it a philosophical inquiry or shared experience of humanity — something you take away from the movie that makes the whole ordeal worth going through. Sure, movies like “Silence” or Lars von Trier’s “Breaking the Waves” are tough sits, but purposefully so — they’re difficult with the intention of challenging the viewer to see the world in a different way.

The movie is far too solemn and high-minded to indulge in anything resembling scares or thrills, instead doubling down on the queasy atmosphere and lots of long, slow-tracking shots in which nothing happens.

Or, on the other hand, sometimes violence is just plain fun to watch. Take it from a guy who guiltily laughs out loud when the little kid with the ice cream gets blown away in John Carpenter’s “Assault on Precinct 13” and thinks “RoboCop” is a comic masterpiece. The transgressive kicks of a nasty exploitation movie might be amoral and a sign of low character, but nevertheless are still very real pleasures. “It Comes at Night” doesn’t provide any of those, either. The movie is far too solemn and high-minded to indulge in anything resembling scares or thrills, instead doubling down on the queasy atmosphere and lots of long, slow-tracking shots in which nothing happens.

The family ends up taking in a wandering, lost couple (“Girls” co-star Christopher Abbott and indie darling Riley Keough) and their adorable toddler son, who is obviously far too cute to see the end credits of a movie this relentlessly mean-spirited. The cohabitation brings out all sorts of suspicion and recriminations between the tough-guy patriarchs, while the teenage son slowly goes bonkers from the kind of hormonal frenzy any pubescent boy would suffer from suddenly being stuck in close quarters with Riley Keough. There’s some vague talk about something dangerous lurking in the woods after dark, but nothing actually comes at night during “It Comes at Night.”

Instead, this is one of those movies where the real enemy is us. It’s about how we’re undone by fear itself and all sorts of ideas that might probably seem novel if you never saw a George Romero picture or any of their countless knockoffs over the decades, all the way up through “The Walking Dead.” These characters aren’t sharply drawn enough to overcome the familiarity of such exhausted material. You just sit there, anxiously waiting for these folks to turn on each other, waiting for those guns to go off, waiting for one of them to start coughing and wondering how that cute little toddler is gonna buy the farm.

“To what end?” is the question that plagued me during my long post-movie walk. Shults is obviously a talented filmmaker who excels at making me uncomfortable, but what exactly was I supposed to take away from this miserable experience? It’s certainly not exciting or entertaining, and it didn’t give me much to think about afterward beyond how lousy I felt. Judging from the rave reviews it seems my colleagues saw something in “It Comes at Night” that escaped me, but I just don’t feel like this movie provides enough in return for how arduous it is to watch. 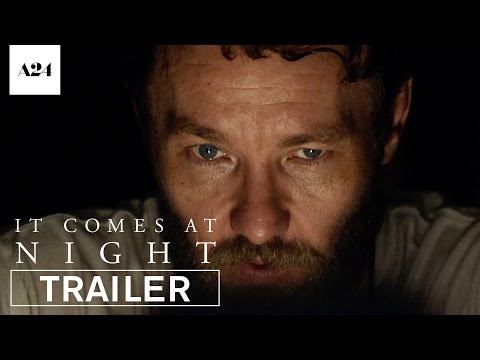