Gov. Charlie Baker will continue funding a version of the Massachusetts Life Sciences Initiative, the administration says. Baker will announce details later Monday, but broadly, he plans to invest $500 million over the next five years.

His decision comes after months of uncertainty about the fate of the life sciences program started by his predecessor, Gov. Deval Patrick. Patrick launched the initiative in 2008 with the promise to invest $1 billion over a decade.

In the years since, the biotech sector has matured, and some say government help is no longer needed. But others insist the state's support is still vital to fund basic science and create a collaborative ecosystem.

Regardless of who's right, it's clear that these days biotech is one of the strongest engines of economic growth around Boston.

The birth of biotech goes back decades.

The 1970s were a time of unprecedented research in molecular biology, but the idea of "playing" with genes made many people uncomfortable.

So in June 1976 the Cambridge City Council held a hearing to discuss DNA experimentation. You can watch snippets of that hearing here: 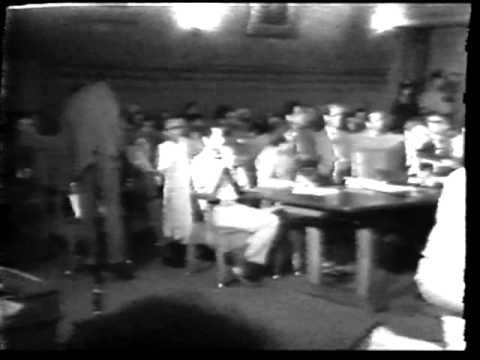 And by regulating it they created certainty. And, in business, certainty is good.

"Ultimately, Cambridge gave us permission to begin research here," Nobel Prize-winning scientist and Biogen co-founder Phil Sharp says. "Biogen was the first, as far as I'm aware, to get a genetic engineering license in Cambridge."

Biogen was created in 1978. The company is now home to some 7,000 employees. In the last four decades, it's become the patriarch of the biotech family, raising "grandkids" all around Kendall Square.

"In 1980, we had a very small business [in Kendall] ... probably had 20 to 30 people, maybe," Sharp says as he points to the original land where Biogen once stood. "And what we were trying to do is to use this recombinant DNA technology to make new therapeutics."

It was revolutionary in its day -- not just for the world of science, but also for the Kendall ecosystem.

"When I came to MIT, the area ... between Binney Street and Main Street was empty," Sharp says. "There were parking lots here. There was nothing here in some areas — just grass."

These days, Kendall Square is home to the highest concentration of biotech companies in the world.

One key ingredient that's changed in the last couple of decades is the culture — not just cell culture, but academic culture.

"In the early days, companies would license things occasionally from universities," says Noubar Afeyan, who's CEO of Flagship Pioneering, one of the leading venture capital firms in the area. "Universities by and large looked at the professors who were involved in this activity as a bit oddballs and kind of worried about their motivations: Are they there to make money or are they there to seek knowledge? We're past that now."

The dichotomy between pure science and profitable science no longer exists.

In the '90s, Bob Tepper, one of the founders of Third Rock Ventures, another top life sciences venture capital firm, started to notice the same cultural shift in academia Afeyan mentioned.

Tepper, a doctor by training, came to Boston 40 years ago to attend Harvard Medical School.

During his early Harvard days, he created his own biotech company on the side.

"I kept that very quiet," Tepper says. "And, interestingly, that company we started in California because the San Francisco Bay area was a much more progressive area and more accepting area for starting biotechnology then."

Tepper was living here in Boston, working at Harvard, but started his company on the other edge of the country because it was easier.

He wouldn't do that today.

In Boston, Big Pharma And Small Startups Work Together

As the biotech culture has changed, so has the money.

Afeyan created Flagship to tap into that changing culture. It's an atypical venture capital firm that focuses on creating homegrown companies rather investing in external startups.

"We don't find researchers, we do the research," Afeyan explains. "We have some 300 patents over the last 15 years. We have a large army of scientists here that are dedicated to inventing new technologies and new science."

And it's a lucrative model. To date, Flagship companies have raised $7.5 billion, much of it in the last decade.

And since it was created in 2007, Third Rock has launched over 40 companies, more than a dozen of which have gone public.

Both Afeyan and Tepper say the acceleration of investment money and research and development is linked to a changing academic culture. But Tepper also points to another key factor. He says the most influential change in recent years is the arrival of big pharmaceutical companies like Novartis and Sanofi.

"The pharmaceutical industry — the large companies — were desperately in need of new drugs," Tepper says. So they came to Kendall Square because small startups around MIT were engaged in the most cutting-edge work, like gene therapy or microbiome research.

"More research now is done externally in the pharmaceutical industry than internally. And they are looking toward the great, small biotechnology companies to really fuel that pipeline," Tepper says.

And as a result, today the Boston area is home to some 1,000 biotech-related businesses. Biotech has become a complete ecosystem — a symbiosis between big pharma and teeny startups. They both need one another to survive.

'The Best Place In The World'

But the question is — is biotech here to stay with or without any help from the government?

"The lion's share of investment, of course, comes from the private sector," Tepper says. "Where I think both the state and, in particular, the federal government really needs to focus is on making sure that we just have as much as of an investment as we can possibly afford in basic science."

And so the half-billion-dollar investment Gov. Baker is making in the life sciences could help on the edges: building infrastructure or helping fledgling companies get off the ground.

The biotech sector is far more mature than it was in 2008. These days Massachusetts is seen as the best place in the world to launch a biotech company.

"No question, it's the best place in the world," Sharp says as he walks around Kendall Square, pointing out biotech companies on every street corner.

But then he offers some caution.

And longtime Bostonians vividly remember how that's happened before. They point to Route 128 when the minicomputer was in its glory days. Eventually, that bubble burst and Silicon Valley won the tech fight.

Sharp says change will happen in the biotech sector too, but this time he's more optimistic about Boston's ability to survive.

"I think one of the transformative parts of what the next 20 years will hold is engineering with medicine and biotech," Sharp says. "And I think we're ahead of that story."

Sharp sees a future where big data and biotech feed off of each other through machine learning. And whichever city does that best will probably win out in the future.