Cover songs and remakes are often attributed to creative bankruptcy, but in some cases it can be thrilling to watch one artist appropriating the work of another and transforming it into something unmistakably their own. Just as Cash’s ravaged voice imparted grave depths to Trent Reznor’s mopey-teenager lyrics, Coppola’s defiantly feminine gaze re-contextualizes the blunt-force, hell-hath-no-fury abandon of Siegel’s original picture into something moodier, sadder and far more delicate. I watched both "Beguiled's" back to back, and although they may follow the same plot almost beat-for-beat (even sharing key lines of dialogue) these are two drastically different movies with almost oppositional concerns.

Based on the 1966 novel "A Painted Devil" by Thomas Cullinan, "The Beguiled" is the story of John McBurney, a Union army corporal wounded in the waning days of the Civil War and discovered in the Virginia woods by a student at the Miss Martha Farnsworth Seminary For Young Ladies. Protocol requires the women to surrender their prisoner to regularly passing Confederate patrols, but fearing he won’t survive the journey to Andersonville in such a condition they elect to wait until his wounds are healed. As McBurney recovers, his swarthy, masculine presence stirs up long-repressed feelings among his female captors, leading to all sorts of psychosexual drama culminating in a symbolic castration. And then everything somehow manages to get even worse. 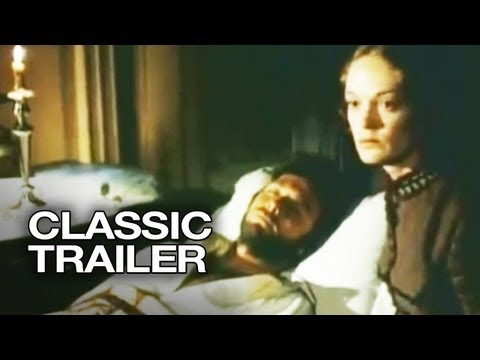 Siegel’s 1971 film confounded audience expectations by casting then-ascendant action hero Clint Eastwood as McBurney and leaving him bedridden at the mercy of these hysterical women. The misleadingly advertised movie was a massive flop that brought an early end to its star’s long-term contract with Universal Pictures, but over the years earned a cult following thanks to countless little boys like yours truly who were traumatized by “The Beguiled’s” incessant airings on UHF channels. It’s an icky, Freudian nightmare full of overwrought sexual overtures and emasculation anxiety.

This was an anxious time for Eastwood in general, as his directorial debut “Play Misty for Me” hit theaters the same year with a gynophobically similar scenario in which his louche, cock-of-the-walk protagonist was terrorized by yet another crazy broad. McBurney is one of the superstar’s most daringly unpleasant performances — all studly swagger and a magnificent mane of hair. Upon first meeting Miss Farnsworth’s youngest student, 11-year-old Amy (played by Pamelyn Ferdin, who voiced Lucy van Pelt in many “Peanuts” cartoons), he deems her “old enough for kisses” and promptly plants a sloppy wet one on the kid.

There’s a sense of divine comeuppance throughout the picture, a feeling of primal forces meddled with and coming home to roost via freaky-deaky fantasy insert shots and titillating flashbacks to uptight Miss Martha’s incestuous affair with her brother. As played by the great Geraldine Page, she’s a harridan and a hypocrite but certainly not one to be trifled with, as McBurney learns the hard way. Composer Lalo Schifrin’s shrieking string score rattles the nerves as the movie inexorably hurtles toward its queasy conclusion.

In 1971 Universal executives and more than a few critics noted that “The Beguiled” was a film with no target audience, too lowbrow for the arthouses and too alienating for mainstream viewers. But don’t weep for Eastwood and Siegel. They fared a bit better with their next collaboration, which opened that Christmas: a little cop movie called “Dirty Harry.”

The first thing you notice about Coppola’s film is the quiet, punctuated occasionally by cannon fire in the far distance. There’s almost no music at all in the picture, just hushed whispers and loaded sighs as we and Colin Farrell’s wounded Cpl. McBurney are brought into a Farnsworth School that already appears a relic — overgrown with vegetation, its grand façade showing telltale signs of disrepair. “The slaves ran off,” explains Oona Laurence’s Amy, who we are relieved to discover in this version is not yet old enough for kisses.

Coppola’s is a much gentler, funnier "Beguiled" than Siegel’s, almost a comedy of manners for its first hour or so. Farrell’s McBurney isn’t an overt scoundrel like Eastwood’s, but rather a hapless Irish immigrant who, fresh off the boat, accepted $300 to take the place of a wealthy draftee and then discovered himself a coward once the bullets began to fly. His is a more subtle rooster-in-the-henhouse with a gift of gab. So be it if he has to charm these young ladies with a few lines of blarney to keep them from turning him in to the Rebs.

The film is full of wry observations about the countless little ways women become competitors once a man is introduced into the picture. Watch them talk over one another grabbing credit for an apple pie their prisoner professes to enjoy — each attempting to one-up the other over who cooked it, from whose recipe, all the way down to who picked the damn apples in the first place. This is very amusing stuff, as is how they all start dressing better and wearing jewelry after McBurney’s arrival.

Nicole Kidman’s Miss Martha is far more steely than neurotic (the incest subplot has been thankfully excised) while Kirsten Dunst’s spinster schoolmarm gives us a world of yearning in a handful of glances. Much like in Coppola’s staggeringly assured 1999 debut, “The Virgin Suicides,” the girls tend to arrange themselves before the camera in artful, magazine-cover poses as an entangled, cohesive unit, leaving Farrell to appear isolated and diminished in shots where he’s alone.

Sofia Coppola makes movies about living inside bubbles. Whether it’s the luxury hotels of “Lost in Translation” and “Somewhere,” Marie-Antoinette in Versailles, or the coddled felons of "The Bling Ring," her overriding obsession is with exploring the psychological distortions of privilege. “The Beguiled” turns out to be a classic Coppola bubble, with the wealthy young ladies of the Farnsworth School throwing themselves into fancy French lessons, formal dinners and arcane matters of antebellum decorum while a war that’s already destroyed their entire way of life rages right outside the door of this obsolete feminine fortress.

“This war is going to end much sooner than you Southerners are ready to admit,” Farrell’s McBurney informs them. It was then I thought not of Eastwood in Siegel’s original, but of Martin Sheen’s Captain Willard in a notorious scene from Sofia’s father Francis Ford Coppola’s “Apocalypse Now.” The deleted-and-later-restored sequence had Willard and his crew discovering a fully functional rubber plantation still run by French colonists near the Cambodian border, sitting down for an extravagant gourmet meal amidst the hallucinatory chaos of the Vietnam War.

The younger Coppola’s “Beguiled” is all about that kind of formality and denial, chillingly presenting just how far people will go protect such bubbles. Her final shot leaves us once again outside looking in at these women of the Farnsworth school. As usual they've arranged themselves into an artful tableau, posing before the institution’s crumbling edifice. Except now the wrought-iron front gate is framed like the bars of a prison.