An establishment outsider with no political experience, motivated by his own celebrity rather than a belief in civic responsibility, casually puts his name in the hat for a major election and, against everyone’s expectations, winds up winning. He stands stunned in front of his television, gawping at the screen, dumbstruck by both his unwanted victory and the overwhelming duties that now rest on his shoulders.

If the above sounds too familiar for comfort, familiarity is key to what makes ABC’s new situation comedy, “The Mayor” (Tuesdays at 9:30 p.m., EST) such a subversive delight; it’s a best-case-scenario satire of our political reality.

We’re meant to notice the parallels between that reality and the plot of “The Mayor,” in part for laughs, in part for what it says about contemporary politics. The show’s protagonist, Courtney Rose (Brandon Micheal Hall), a rapper on the rise in Fort Grey, California, gets it in his head to run for mayor of his hometown against the incumbent mayor, Ed Gunt (David Spade) — not because he believes in the power of the office, but because he thinks it’d be a good vehicle for self-promotion.

Then election night falls (about eight minutes into the pilot), the people speak, and Courtney is crowned mayor of Fort Grey. As anyone in his situation might, he reacts first by trying to wriggle out of his newfound bureaucratic role, assuming that he can just annul his obligation as easily as a sham marriage. Of course he can’t, and even if he could, his mom, Dina (Yvette Nicole Brown), wouldn’t let him.

“You put your name on a ballot,” she tells her son. “In this country, that means something. It carries consequences. It’s you telling the people, ‘I want to make your life better.’ And tonight, the people said, ‘OK.’ ” She reminds him why he raps. He’s an observer. He’s even a critic. He’s also young, and a child of the city he’s been chosen to run. Could there be a person better-suited for the job than Courtney? 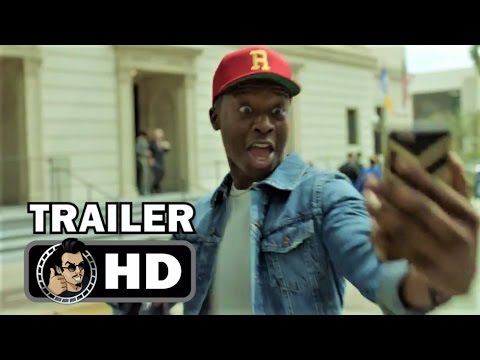 Probably, but what he lacks in maturity and mayoral know-how he makes up for in warmth of spirit and a budding vision for Fort Grey’s future. “The Mayor” doesn’t mock or make a fool out of Courtney, and it doesn’t punish him for his initial selfishness. It actually humanizes him while also putting value on his age and validating his skin color, suggesting that yes, perhaps black Americans do know more about black American experiences than white elected officials who live lives far removed from those experiences. (What a novel idea!)

“The Mayor” treats this concept, couched chiefly in Courtney’s televised debate with Gunt, with respect, and never lets the commentary feel heavy-handed. The point is dramatized in the pilot as Courtney and his staff, made up of his two best friends, T.K. and Jermaine (Marcel Spears and Bernard David Jones, respectively), and Gunt’s former campaign manager, Valentina (Lea Michele), set about the task of cleaning up the Fort Grey commons. Will they succeed? Can they affect positive change in the Rose administration’s fledgling days?

Sitcoms usually follow strict formulas, so guessing where the pilot eventually lands neither takes much nor blunts its joys. “The Mayor” runs on the charm of its cast and a vein of optimism that feels palliative. Hall and Michele lead with easygoing brio, Hall with equal parts impishness and earnestness, Michele with her usual overachieving Type-A persona plus a healthy dose of upbeat idealism.

Spears and Jones underline the series’ driving goodwill, though charming and good-willed sitcoms are easy to come by. What makes “The Mayor” stand out is its knack for parodying and commenting on today’s politics through allusion alone. Unwilling and unprepared, Courtney is called on to serve the public by dint of his own folly, but he’s governed by decency above all else and quickly awakens to the possibilities of what his title means for others and not for himself. It’s a refreshing take on a traditional sitcom blueprint, and a sweet, kindhearted and hilarious cure for 2017 American political malaise.