Renewing a Massachusetts driver's license will become a more paper-intensive process starting next week for anyone who wants to use the ID for domestic air travel years into the future.

As the Registry of Motor Vehicles gears up to comply with the federal REAL ID law, top transportation officials want to make it clear to the 5.3 million people with state-issued IDs that they will need to bring much more documentation than normal to gain the full benefits of an identification card.

"Getting your license for the first time has been a bigger deal and renewing your license has been much less onerous. We're sort of resetting everyone to: We're not sure who you are," Transportation Secretary Stephanie Pollack explained to reporters on Monday. 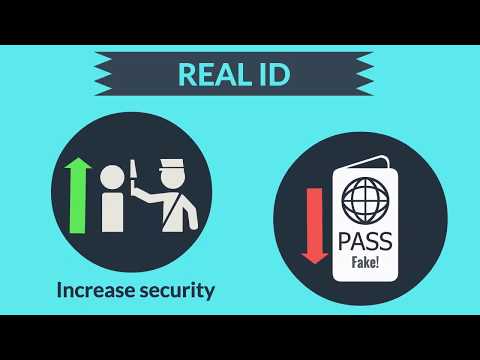 While the state will continue offering standard IDs, starting next Monday, March 26, it plans to issue cards that comply with the REAL ID law, which will grant people that additional federally controlled access beyond October 2020.

To obtain a REAL ID, state residents will need to bring a Social Security card, or pay stub or tax form; along with a passport or birth certificate or immigration form; and two proofs of Massachusetts residency, such as a utility bill.

People who have experienced homelessness, incarceration or domestic violence might not have those documents readily available, Pollack acknowledged.

"We do not have any discretion. The federal government has established those standards," Registrar of Motor Vehicles Erin Deveney told reporters.

The 2005 law was intended to address the situation that enabled terrorists to fraudulently obtain identification to carry out the Sept. 11, 2001 attacks.

State officials do not know how many people will be deterred by the extra requirements from obtaining a REAL ID nor how many people will opt for the more-secure identity card, Pollack said. The standard ID, which has fewer requirements, remains an option, Pollack said. Both REAL ID and standard licenses require people to prove their lawful presence in the United States, according to state officials.

To prepare for REAL ID compliant licenses, the Registry will close down all of its services, except for public safety services, from Thursday at 7 p.m. to Monday at 8 a.m. There will be no vehicle inspections this weekend.

The RMV is also launching a new mainframe computer system, a major technological undertaking that is being done in conjunction with the switch to REAL-ID licenses.

Pollack described the shift from the old ALARS system to the ATLAS system as "leap-frogging generations of technology," and Deveney said it will benefit many people and businesses who exchange information with the registry.

Editor's Note: This story had included an online form that asked for your questions about REAL ID in Massachusetts, and you had plenty! We answered many of them here.