“My podcast library is almost exclusively murder,” a friend confessed the other night while we were discussing the recent resurgence in true crime stories. Whether encountered aurally or via streaming documentaries on Netflix, it seems like real-life monsters are all the rage again, and so the Coolidge Corner Theatre’s After Midnite series is devoting the month of July to “Truly Killer,” a lineup of movies based on recent history’s most notorious madmen.

The series includes genre-defining works like “Psycho” and “The Texas Chain Saw Massacre” (both inspired by the exploits of Ed Gein) along with “The Boston Strangler,” “My Friend Dahmer” and an extremely rare 16mm screening of the 1976 TV mini-series “Helter Skelter,” starring Steve Railsback as Charles Manson.

But most interesting is how Anastasio has chosen to bookend the series, which kicks off this Friday, July 6, with Spike Lee’s “Summer of Sam” and wraps up on Saturday, July 28 with David Fincher’s “Zodiac.” A double-shot of bell-bottomed bad vibes, both films initially confounded multiplex audiences by relegating their respective serial killers to the background and zeroing in on the emotional trauma inflicted upon communities where they preyed. “Psycho” is a movie about a psycho, but these two movies are about us.

Released almost 10 years to the day after his “Do the Right Thing” shook the world, “Summer of Sam” finds Spike Lee somewhat self-consciously returning to one of New York’s outer boroughs during a scorching heat wave, only it’s the Bronx instead of Brooklyn and the knuckleheads on the block are all Italian-Americans this time around. Rewriting a script by actors Victor Colicchio and Michael Imperioli (the latter has a hilarious cameo as a strip club owner) Lee crams enough ideas for six or seven different movies into this dizzyingly overheated ode to a combustible city scared witless.

It’s the summer of 1977 and the Son of Sam shootings dominate tabloid headlines and 1010 WINS newsbreaks, while a close encounter with a crime scene somehow convinces horndog hairdresser Vinny (John Leguizamo) that his wayward, womanizing ways have made him the serial killer’s next target. As much as Vinny loves Dionna (the remarkable and much-missed Mira Sorvino) there are still things he craves that a good Catholic just doesn’t do with his wife — all of Vinny’s self-loathing, sex guilt and cocaine paranoia compounding the most monolithic Madonna-whore complex this side of “Raging Bull.”

Meanwhile his childhood buddy Richie (Adrien Brody) is back after a year living in Greenwich Village, and he’s got the nerve to show up with spiked hair, wearing a dog collar and speaking in an outrageously phony British accent. Our punk rocker predictably clashes with the corner boys, and a good deal of the movie’s comedy comes from skewering the hermetic provincialism of the city’s various subcultures. (These goombahs going to CBGB might be one of the funniest things Lee has ever filmed.) The guys all quickly come to the conclusion that the Son of Sam must be someone from the neighborhood, if for no other reason than because everybody else they know is. 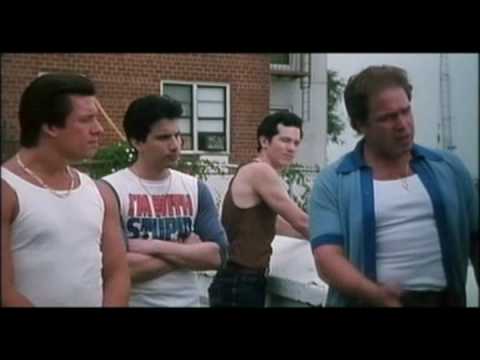 This is one of Spike Lee’s most dynamic pictures, so electric and overflowing with energy it’s damn near exhausting. The director’s penchant for larger-than-life performances from his supporting players can here occasionally resemble a Staten Island dinner theater production of “Mean Streets,” and truth be told this is one of the few movies that actually makes me tired of my favorite four-letter word. But the worst parts of “Summer of Sam” are the Son of Sam himself, played in gory, unnecessary horror-movie interludes by a screaming Michael Badalucco (along with John Turturro voicing the 6,000-year-old demon-possessed dog from which the killer claimed to have been taking orders).

Still, this movie is so much fun to watch! There’s a reckless, everything-including-the-kitchen-sink vitality to Lee’s filmmaking, as if he’s as surprised as we are that such a sleazy, sordid tale would wind up being released by Disney over Independence Day weekend and knows he won’t be getting away with anything like this ever again. (Adults still went to the movies back then, though not a lot of them showed up for this one.) About halfway through, the roving, restless anxiety erupts into an orgiastic musical montage set to The Who’s “Baba O’Riley” -- five minutes or so of ecstatic screwing, singing, fighting, dancing, shooting heroin and watching Reggie Jackson score some home runs — and it feels like the movie just needed to blow off some steam for a bit before getting back to business.

All of this bombast is quite amusingly undercut by the picture’s ending, in which Leguizamo’s pipsqueak Travolta once again fails to rise to the occasion (such a shame he hasn’t had a role this meaty since) and the neighborhood’s myopia is thrown into starkly comic relief. The ultimate smallness of the story and its stakes become a punchline to this sprawling, 142-minute picture. The epic you’ve been watching is revealed to be an anecdote, with Jimmy Breslin appearing as himself and saying with a shrug, “There are eight million stories in the naked city. This was one of them.”

As meticulous as “Summer of Sam” is messy, David Fincher’s “Zodiac” is the OCD procedural to end all procedurals. The famously fastidious filmmaker found his white whale in the unsolved murders and taunting letters to the San Francisco Chronicle that terrorized the Bay Area in the early 1970s. It’s an obsessively researched picture about obsession, dispassionately accumulating data and expertly recreating matters of historical record in a futile attempt to illuminate that which continues to elude us. “Zodiac” is by design disappointing, laying out a case that never got cracked. It’s a movie for masochists, and for the most part enthralling.

There’s an awful lot of shoe leather detective work here, most of it by Mark Ruffalo’s cooly confident Inspector Dave Toschi, the real-life supercop upon whom Steve McQueen famously modeled his performance in “Bullitt.” (Although if you ask me, Ruffalo seems to be going for more of a Peter Falk vibe, like if Lt. Columbo dressed better and combed his hair.) Other leads are gathered by Robert Downey Jr.’s Paul Avery, a hard-partying, pain-in-the-ass reporter, projecting the last gasp of this brilliant performer’s hyper-intelligent insouciance before it got flattened out into comic book panels. 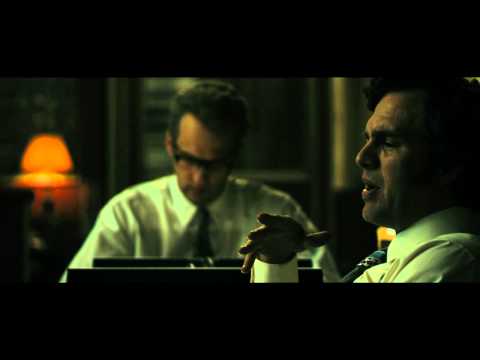 So detail-oriented, it can at times feel like a sumptuously photographed episode of “Dragnet” (the late, great cinematographer Harris Savides’ work here remains a benchmark of digital videography) “Zodiac” nags at the viewer like a piece of popcorn stuck between your teeth. Every time you think you’ve got a handle on the case, the clues once again begin to contradict themselves. Perhaps only a craftsman as gifted as Fincher could find the entertainment value in such fruitless frustration.

I’m not as thrilled as others are by the film’s third hour, in which Jake Gyllenhaal’s quirky Chronicle cartoonist Robert Graysmith takes center stage and allows the case to wreck his marriage while writing the book upon which the film was based. (For starters Chloë Sevigny deserves better than the generic nagging wife role, and Gyllenhaal is such a gimmicky overactor even Christian Bale would probably tell him to take it down a notch.) To me the achievement of “Zodiac” is in its refutation of the genre’s satisfactions, denying us the easy comforts and closure that Hollywood films routinely apply to unspeakable tragedies.

My favorite moment finds an exhausted Toschi attending the premiere of “Dirty Harry,” a (very good) film inspired by the Zodiac case. He walks out early and waits in the lobby, missing when Clint Eastwood’s San Francisco cop heroically, extra-judiciously guns down the “Scorpio” killer for the cathartic enjoyment of this traumatized hometown audience.

For a moment Ruffalo is dwarfed by a cardboard advertising standee of Eastwood, and the scene becomes a hall of mirrors -- the hero cop who inspired an iconic movie cop now outshone by another movie cop who just fictionally succeeded where he factually failed. But then you remember that you’re not even looking at the real Dave Toschi but rather movie cop Mark Ruffalo, and “Zodiac” is a movie asking us what we’re really looking for from movie cops, and from movies like this in the first place.