A lively tune ignites the sounds of a celebration as three young, spirited sailors peer out into the unknown in Jerome Robbins’ iconic, one-act ballet "Fancy Free" — the first of many artistic collaborations with composer Leonard Bernstein.

On shore leave with only 24 hours to spare, the boisterous men set out to explore New York City and impress a few ladies.

Before taking the stage at the Boston Opera House for the season opener however, Boston Ballet will make its debut at Tanglewood with a fully staged production of the playful piece. The evening at the open-air venue marks the company’s first-ever collaboration with music director and conductor Andris Nelsons and the Boston Symphony Orchestra.

“Bringing our two great organizations together had long been a dream for both of us, and this seemed the perfect opportunity,” said Anthony Fogg, BSO artistic administrator and director of Tanglewood, in an email.

The performance is one of more than 2,000 events scheduled across the globe that commemorates the extraordinary legacy of Bernstein, a Lawrence native and Harvard graduate who taught and performed at Tanglewood nearly every summer for 50 years of his life.

“The collaboration between the Boston Ballet and the BSO, as part of our Bernstein centennial celebration, was one of the early building blocks of our planning,” Fogg said. On Saturday, the orchestra will perform Bernstein’s “Divertimento for Orchestra” and “Serenade” (after Plato’s “Symposium”) alongside “Fancy Free.”

The theatrical work, which premiered in 1944, ultimately kick-started the duo’s widely successful careers and became the precursor to their hit Broadway musical “On the Town.”

The vibrant, joyous score is fitting for this particular occasion as the event itself is honoring the centennial of these two creative giants — a celebration of their lives and therefore their collaborative achievements together. 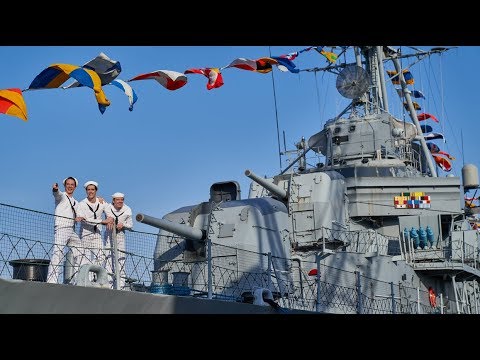 “For me, it’s a dream,” said Patric Palkens, soloist with Boston Ballet who will take on the role of one of the sailors alongside Paul Craig and Isaac Akiba, of performing this ballet for the first time and during such a significant year. “It’s why I took a step back and joined a company like this because you get the opportunity to do these things, to be right up close to history and to be involved in this kind of work.”

In 2017, Palkens joined Boston Ballet as an artist with the company, accepting a demotion from his status as principal dancer at Cincinnati Ballet. It was a risk, he said, but opportunities such as this along with his recent promotion to soloist have given him much validation.

Palkens and the rest of the cast — three sailors, three women and a bartender total — have rehearsed under the watchful eye of former New York City Ballet dancer Jean-Pierre Frohlich, who is now a stager with the Jerome Robbins Rights Trust. Frohlich worked closely with the choreographer and performed as one of the sailors multiple times throughout his career.

“He [Frohlich] was saying to us that he's been connected to this ballet for almost 40 years,” Palkens said. “He'll say, ‘Oh, Jerry liked to do this and that.’ I was a little shocked just because it reminds you how close to Robbins he was. It's awesome hearing that information right from someone who was there.”

The biggest challenge is the specificity of the work, he explained. The dancers must maintain Robbins’ signature style — classical choreography with influences of jazz, modern and social dance — while making sure to translate the characters and personalities within that movement to the audience.

At one point, sparks fly as a scene of immediate attraction leads to a flirtatious pas de deux between one of the sailors and a woman he just met. The technical elements are certainly present, Palkens explained, but the dancers have a responsibility far beyond simply performing the technique.

“[Frohlich] keeps saying it’s social dancing,” Palkens said. “They are in a bar, so we should make it look less ballet and more natural, more pedestrian.”

Boston Ballet presents “Fancy Free” with the Boston Symphony Orchestra at 8 p.m. on Saturday, Aug. 18 at the Tanglewood Music Center in Lenox. The company will perform Robbins’ iconic work again in its season opener “Genius at Play,” running from Sept. 6 to 16, alongside two other works by the choreographer, “Interplay” and “Glass Pieces.”